Pharmadrug Stands To Benefit Significantly From Export Ruling In Israel

Pharmadrug (CA:BUZZ – $0.04 & US:LMLLF – $0.03) announced earlier this week that Israel’s Ministry of Health will soon be publishing its guidelines regarding the export law on medical cannabis that was passed in January. These guidelines will enable companies to start exporting cannabis grown in Israel to Germany and other European markets. An article posted by BH Synergy Group outlines the Israeli government’s desire to allow exports of cannabis.

Israel recognizes the economic opportunity of exporting cannabis, with the unmet need in Germany and the rest of the Eurozone being a prime target. 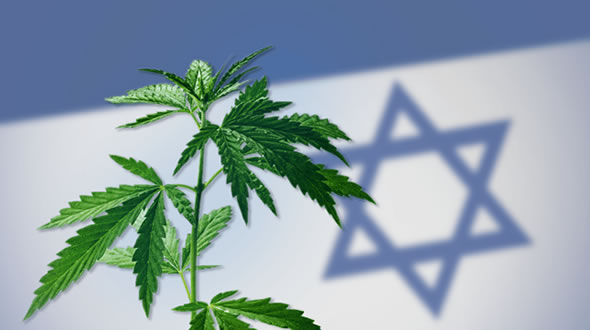 Late last week in a statement to the Israeli High Court, the health regulator said it will be releasing its guidelines on exports any day now. Of particular interest, the statement read (translated), “For the Ministry of Health, any business that meets the standard for local production and marketing – can market its products abroad.”

Last September, Pharmadrug announced that it signed a five year supply agreement with My Green Fields Ltd., a cannabis grower based in Israel. My Greenfields will provide Pharmadrug with 500 kg of medical cannabis in the first year and up to 2,000 kg of medical cannabis per annum for the German and European markets thereafter. The cost to Pharmadrug will be €4,00 per gram while it is currently distributing its products to pharmacies in Germany at €9,50 per gram. So gross margins will be robust at 58%. Assuming 2,000 kg delivered and sold, that would lead to €11 million in gross profits on €19 million in revenue each year. This translates to CAD$16 million in gross profits.

Pharmadrug’s CEO Daniel Cohen is confident and enthusiastic over My Greenfields’ ability to produce the medical cannabis that the Company needs for successful expansion in Germany, stating, “We are pleased to see the Ministry committed to opening the corridor for medical cannabis exports in a timely manner. We remain confident that the new law will take effect sometime early in 2020. While the majority of Israel’s cannabis production is done in greenhouses, My Greenfields has nearly completed one of the country’s only indoor growing facilities and we are confident the product will yield a premium over Israeli greenhouse grown cannabis.”

The supply agreement with My Greenfields is similar in nature, and in addition to, the one signed with Canada House Wellness Group in Canada last month.

After two years, these agreements combined guarantee that Pharmadrug has 5,000 kg of medical cannabis per annum available to sell in the Eurozone. It is smart business for the Company to sign agreements with two different companies growing in two different regions. Should one agreement somehow become unreliable, Pharmadrug still has the other agreement to rely on for supply. These agreements are non-exclusive, so the Company can secure more supply with other growers across the globe as it sees fit.

The cannabis sector appears to be in capitulation mode after a slew of mediocre earnings reports came out while in the midst of tax loss selling season. Many of the larger players are seeing high periods of volatility with large drops one day and rises the next, or even high intraday volatility. Contrast that to BUZZ which has remained reasonably steady at $0.03 to $0.04 throughout November. This makes sense as its $2.5 million market cap at $0.03 implies a shell valuation so it would be very difficult for the stock to get any cheaper no matter what went on in the larger cannabis sector.

Pharmadrug has a low-cost, high-margin, easy-to-understand and executable business plan in Europe to be acted on in 2020. This is in addition to already existing revenues from its substantial footprint in Germany. We think it is an opportune time for existing investors to consider adding to their position and new investors to consider initiating a position in the stock. We believe that anyone who has the patience and risk tolerance to hold the stock for the next 12-18 months will be rewarded with strong revenue growth and the potential for profitable operations. Smallcaps Recommendation: BUY.