Pharmadrug All Set For Exponential Growth in European Cannabis Market

Pharmadrug Inc. (CA:BUZZ – $0.05 & US:LMLLF – $0.02) announced a multi-year supply agreement between its 80% owned German subsidiary Pharmadrug Production GmbH and Canada House Wellness Group Inc. [CSE: CHV]. The agreement is part of the Company’s plan to aggressively pursue the medical and potentially recreational cannabis market in Germany and the rest of Europe. All cannabis will be grown in a GMP-certified facility in Ontario, Canada and sold in Europe under Pharmadrug’s own ‘Cannabion’ brand.

The deal calls for up to 500 kg of dry flower or oil equivalent to be delivered in the first year with that doubling to up to 1,000 kg in year two. Gross margins will be robust at 58% as the cost to Pharmadrug will be €4,00 per gram while it is currently distributing its products to pharmacies in Germany at €9,50 per gram. After the second year, Pharmadrug will have access to up to 3,000 kg per year at a price to be negotiated at that time. To put this in perspective, if only a minimum of 250 kg were to be delivered and sold, that would already lead to €1,375,000 in gross profits for Pharmadrug.

Canada House’s wholly owned subsidiary Abba Medix Corp. has a 22,000 square foot cultivation facility in Pickering, Ontario that received its Canadian Sales License on October 1, 2019. The facility is ramping to a capacity of 2,000 to 3,000 kg per year. 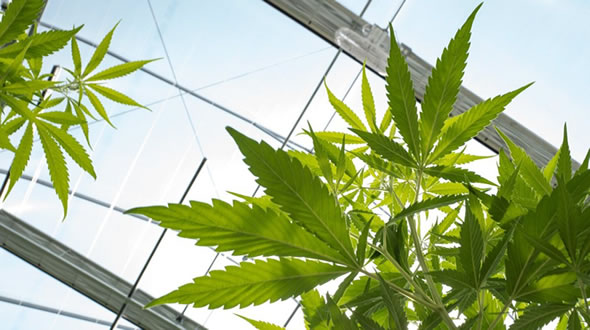 After Pharmadrug signed an attractive supply agreement with Israeli company My Green Fields Ltd. a few weeks ago, this new deal prepares the Company to become an important player in the European cannabis market.

CEO Daniel Cohen very confidently stated: “We are excited to enter this strategic partnership with Canada House and believe this sets the stage for a very significant development of our business in Germany next year. With a new sales team and strategic plan now in place, management is confident it will be able to achieve profitability with our current Bedrocan business by the end of Q1 2020. With the introduction of Cannabion-branded supply from Abba in Q2 and from Israel in the second half of 2020, Pharmadrug is set to ramp its business to a significant level of revenue, profitability, and strategic relevance in 2020.”

Investors should be quite excited to hear the CEO speak of strong revenue growth and profits so soon. This is only on the strength of the medical cannabis business in Germany. Pharmadrug is positioning itself to sell across Europe not only for medicinal uses but for recreational usage as well by securing supply in Canada and Israel.

While most of Europe has some kind of framework for legal medical cannabis usage, the recreational market is still predominantly underground and illegal. Punishment for possession ranges from prison sentences to decriminalization across the different EU countries. However, even in countries with minimal to no penalties for users, cannabis is still a black market product with no licensed sales and distribution infrastructure. This complex and inconsistent policy across European Union countries may change in the near future as the path appears to favour eventual legalization.

Germany, often seen as a leading influential force in the EU, is one of several countries that is considering full recreational legalization. Germany’s ruling center-right Christian Democratic Union is considering a change to its prohibitive stance on recreational cannabis. The thought process behind it is that any resources freed in the police and judiciary can be used to fight the illegal trade. As the CDU is a right-leaning party, the more liberal political parties in Germany have already stated their support for legalization. So any serious proposal made would be highly likely to pass into law.

We mentioned in our previous article that Pharmadrug was looking at potential deals with GMP-certified Canadian licensed producers with the intent to import medical cannabis into Germany and throughout the rest of the Eurozone. Only one week later, the Company has already achieved this significant milestone.

News of the deal between Pharmadrug and Canada House Wellness was received positively by shareholders of both companies. CHV did particularly well, rising 43% on over 1.7 million in volume on Thursday in Canada. CHV’s market cap increased by nearly $4 million as a result. This is more than Pharmadrug’s entire market cap of a little over $3 million.

CHV shareholders highly value this deal for their company. They, among other risk tolerant investors who are looking for undervalued cannabis companies, clearly understand the positive impact of this agreement.

We believe that now is an ideal time for existing shareholders to consider adding to their position while investors who are new to the story should consider initiating theirs. Pharmadrug is trading at the size of a CSE shell listing after positioning itself to be one of the first movers in the German recreational market upon legalization while making inroads into the existing medical market. The CEO has gone on record to forecast that 2020 will be a year of substantial revenue growth and profits. We believe that anyone who has the patience and risk tolerance to hold the stock for the next 12-18 months will be rewarded big. Smallcaps Recommendation: BUY.