After last week’s conference call by Tecogen’s (TGEN – $2.87) management team, it was clear that the Ultra Emissions Technologies (Ultratek) joint venture was on its last legs. Now it’s official. The Company and Ultratek’s co-investors will dissolve the JV before the end of the year.

All unspent funds of Ultratek will be distributed to its investors. As part of this disbursement, Tecogen will receive $1.6 million in cash, the IP that it licensed to Ultratek when it was founded, and all the non-cash assets of Ultratek, including two awarded patents, four patent applications, and all data and knowhow gained during the lifespan of the JV.

To further finance the development of the revolutionary Ultera emissions technology for automotive applications, Tecogen will most likely set up a new company soon after the dissolution of Ultratek. The idea is to make this a non-public company, funded by third party investors, in which Tecogen has a controlling interest, and which will consolidate its financials with Tecogen’s. The Company’s management already has several investors lined up to participate is this new endeavor.

In addition, further work to advance the research program, funded by the Propane Education and Research Council (PERC) to demonstrate the effectiveness of the Ultera emissions systems on propane fueled fork trucks, may also be conducted under the umbrella of this new joint venture.

Thanks to two phases of testing, conducted over the past 18 months, Ultratek has a successful proof of concept, which demonstrates Ultera’s effectiveness for automotive applications. Emissions of carbon monoxide (CO) and non-methane hydrocarbons (NMOG) were reduced by as much as 94% and 81% respectively due to the use of the Ultera!

As for the next step, Ultratek had two options. It could either discontinue the automotive related development of Ultera and find a commercial partner, such as an automaker or OEM, that would undertake the further development. Alternatively, Ultratek itself could develop a refined prototype, which would substantially increase the value of the technology. This would enable Ultratek to develop a practical design and asses the per-unit-cost. 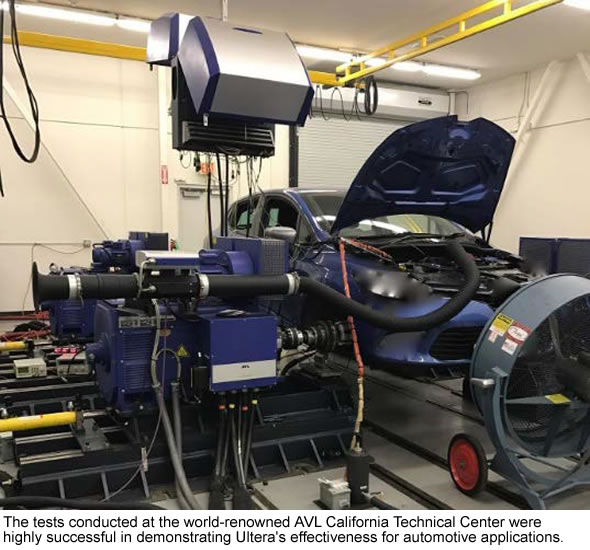 This is exactly why Ultratek was dissolved, as some of the independent investors in Ultratek and Tecogen couldn’t come to an agreement on the next phase forward. The third party investors preferred to immediately engage talks with the industry, while Tecogen was in favor of allowing Ultratek to further develop the technology. Consequently, it was opted to part at this stage.

When the Ultratek JV was formed, Tecogen received a 50% equity interest in it in exchange for a worldwide license to use its Ultera emissions control technology in the field of mobile vehicles burning gasoline. The remaining 50% interest was purchased for $3,000,000 by a small group of offshore investors.

In August 2016, both Tecogen and the offshore investors invested an additional $2 million each through the exercise of warrants. The following month another $6.25 million was raised in a third round financing.

In total $13.25 million cash was invested in the JV, including $2 million by Tecogen. Currently, about $10 million is still in the bank. Tecogen, will receive $1.6 million back, along with all the IP. The offshore investors, which invested $11.25 million, will only receive $8.4 million back. A favorable settlement for Tecogen indeed.

John Hatsopoulos, Tecogen Co-CEO, stated, “As discussed on last week’s investor conference call, unwinding Ultratek is the right move strategically for the company for several reasons. Firstly, we will add $1.6 million to our balance sheet, which the Company can apply to its growing core business. Secondly, we will gain the complete rights and control of the Ultratek technology following the successful completion of 18 months of intense research. This puts us in a strong position from which we can restructure the research and development business entity and raise funds to carry the technology forward to commercialization.”

Despite the JV being dissolved, Ultratek representatives will continue to have productive meetings with potential partners from the automotive industry, as well as with government regulators. Based on the feedback and insight from these meetings, a more advanced Ultera device will be completed so that it can fit under the hood of a car and overseen by the vehicle’s control system.

The refined Ultera prototype, which will be tested in an upcoming phase 3, will be a true showcase for the system, while providing a basis for accurate costing. Tecogen assumes that it will take about 1.5 years to develop the finished product.

The fact that it may take another year and a half, or even two years, before there is a marketable product, is not really relevant. After all, the prospect of vehicle engines realizing fuel cell like emissions is so compelling that it’s worth the wait. If successful, the reward for shareholders will be enormous. Recommendation BUY.