On the heels of EnWave Corp’s (CA:ENW – $2.39 & US:NWVCF – $1.80 & GER:E4U – €1.55) breakthrough partnership with Aurora Cannabis last week, the likelihood increases that yet another long term, high value, royalty-bearing partnership may be pending for the Company.

This week, EnWave reported a second machine purchase order by the United States Army Combat Capabilities Development Command Soldier Center (CCDC)* to produce nutritious, durable rations for the military. The new 2kW REV dryer is sold for approximately $100,000. It will be installed at another location than the 10kW machine, which was purchased last year to advance the development process.

* This entity was formerly known as the US Army Natick Soldier Research, Development and Engineering Center.

The military is focused on reducing the footprint (weight and volume) of what fighters have to carry in the field, as it will lessen their fatigue and improve agility and speed.

The Company’s Radiant Energy Vacuum technology is uniquely suited for this purpose, because food items can be intermediately dried, and as such easily compressed. When products are dried with other drying techniques and then compressed, they typically pulverize into small pieces.

Internal focus groups of up to 200 people involved in sampling of these newly developed products have been very enthusiastic about the composition and flavor of the samples provided.

After a successful presentation at the Pentagon in May 2018 and confirmed demand for REV dried rations, the NSRDEC has fast tracked the research and development necessary for implementation with close combat warfighters. 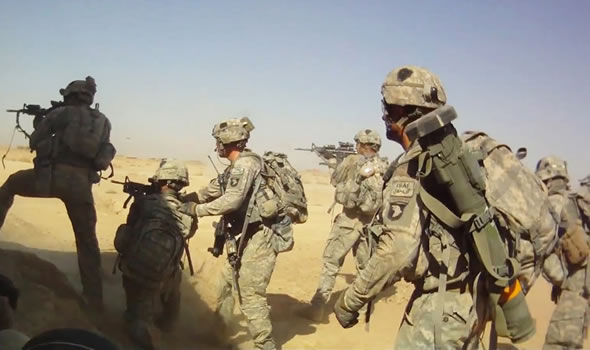 For soldiers out in the field, it crucial to pack foods that are light weight, yet nutritious, durable, and healthy.

The CCDC has been tasked with the development and procurement of advanced rations on behalf of the US Army. If indeed the collaboration with EnWave achieves a successful outcome, then the technology will be licensed to vendors to enable production of the rations. This will involve the sale of larger commercial REV machines and the potential for high volume production to commence.

It should be highlighted that three-way dialogues are already ongoing between EnWave, the US Military, and approved vendors involved in supplying the military, to consider production of the new REV-dried rations once a final “go” decision has been made.

There is also the potential that other countries may be interested in licensing this technology on behalf of their military forces. EnWave has already met with representatives of the Australian department of defense to discuss a similar development program. As was demonstrated by the breakthrough in the Cannabis sector, the leadership of a significant player to embrace a new technology process may prompt a more rapid growth curve as other participants realize the benefits.

It was a noteworthy accomplishment for EnWave to advance through the rigorous screening process involved to be considered as a technology partner for the US Army. Thereafter, the collaboration to develop prototypes of new food rations that were able to meet the guidelines for the program represented another formidable hurdle successfully navigated. As development continues, it appears that EnWave and the CCDC are achieving further product-specific improvements and moving closer to the level of production efficiency necessary for the final approval to incorporate these new products for supply to the United States Military.

Throughout this process, the implied validation for EnWave and REV technology is an advantage to build greater credibility for future marketing efforts. With the support of the US Army involved in a development process this will open many new doors for EnWave going forward as the Company works to achieve other partnership agreements for REV technology.

If indeed the final approval for mass production of the newly developed rations is secured, EnWave can then anticipate a long term royalty stream as the rations are distributed to the US Military. Moreover, there is a very high potential that other nations may also recognize the improvements of the new rations and advance to develop similar products with EnWave, leading to additional contract opportunities in this market sector.

The strength of the EnWave business model is once again illustrated throughout this process, as the Company has successfully established inroads for REV technology with a high-profile development partner, and then moved forward to achieve equipment sales, with the prospect to secure a long term royalty agreement that builds incremental revenue for the future.