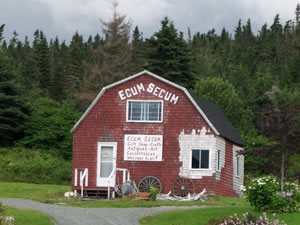 In one of our previous updates on NSGold Corporation (NSX – $0.30) we wrote that the Company entered into an option agreement whereby it could acquire a 100% interest in two additional gold properties in Nova Scotia: Moosehead and Ecum Secum.

This week NSGold announced that it completed its due diligence on those two properties and that it decided to exercise its option by making an initial payment. NSGold can acquire a 100% interest in Moosehead and Ecum Secum by paying $120,000 in instalments based on project milestones over a period of 3 years or until one or both of the properties is advanced to production.

During the past 60 days, the Company’s geologists visited both properties. They went over old technical reports and studies from previous owners and they researched all the information they could get their hands on in government archives. Finally, they also took a good look at the commercial side to make sure that everything is as presented (ownership titles, claims validity, etc.)

Both were producing mines around the early 1900s and relatively high gold grades were recorded. Despite the attractive gold grades, very limited exploration work was carried out on them afterwards. Therefore this represents an excellent exploration target for NSGold.

The Moosehead mine was operated for several years by the “Boston and Goldenville Gold Mining Company” closing in 1913. The property has many shallow pits, trenches and several shafts, the deepest of which is 61 metres.

Underground development from the Boston and Goldenville period yielded a recorded 509 ounces of gold from 3,408 tons of ore. Bulk samples taken in the same era reported the following:

The current holder of the mineral claims has taken numerous samples of coarse gold from ore and waste piles on the surface that were missed by early mining efforts. Also a short hole of 17 meters was drilled by the current holder in one of the pits which intersected 5 quartz veins. Traces of sulphide mineralization commonly associated with gold were seen in a couple of the veins but no visible gold was evident.

NSGold performed a satisfactory due diligence on Moosehead and Ecum Secum and will carry out a trenching and drilling program on these properties in 2011.

The Company will first drill several holes at Moosehead. Because most of the previous workings were on the south side of the property, NSGold will most likely concentrate its efforts on the north side.

At Ecum Secum, the Company is going to analyze more samples. Based on that outcome, further initiatives will be undertaken.

This is yet another step for NSGold to expand its portfolio of valuable gold properties in Nova Scotia.