When you read the name Next Green Wave Holdings Inc. (CA: NGW – $0.60 & US: NXGWF – $0.46), you get a pretty good idea of what the Company is all about. It is yet another junior Canadian listing taking advantage of favorable cannabis legislation. Creating a catchy name is easy, but proving out a viable business model in a new industry that is very quickly becoming saturated with so many public listings is much harder. For instance, the CSE recently put the symbol “POT” up for lottery at the end of January. The company that won the right to use that symbol tripled in two days. However, just two weeks later, it has lost over 50% from its high; barely trading above its price before winning the lottery. Without putting any recommendation or warning on the company behind that symbol, this is a perfect example where the easy money in cannabis is no longer available. Investors want results, not hype.

A company can call itself whatever it wants, but it is action that cannabis investors will respect. Next Green Wave is a young start-up company so it still has a lot to prove to join the leaders in this industry like Aurora or Canopy, but it is backed by a motivated and highly experienced management team that has built a unique position in California. While a Californian focus would be enough to support the Company’s business and stock price alone, it is not standing still and just announced an MOU for a strategic investment focused on the medical cannabis market in Colombia. 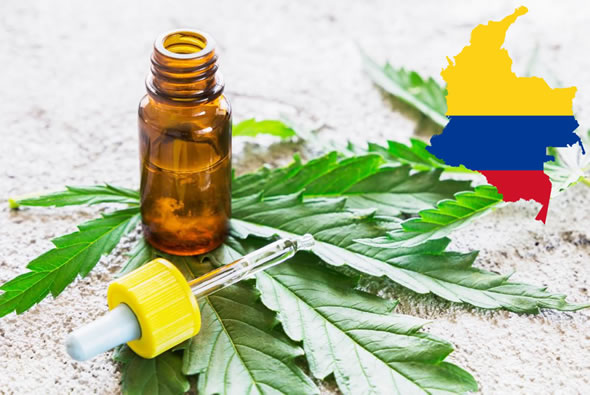 The Colombia of today is nothing like the fictionalized and sensationalized Colombia of 25 years ago that was depicted in the Netflix series Narcos. Instead, Colombia is a strong, rapidly-growing nation that has delivered average GDP growth of 3.36% over the last six years. The country will serve as a beach head from where NGW will try to capture the South American market.

Diversifying Operations Through A Colombian Deal That Gains Access To Over 7,000 Pharmacies

While in the final stages before generating revenues in California, Next Green Wave has decided to use some of its funds to invest in Organic Medical Growth (OMG), a company with operations in Colombia planning to do an IPO in 2019. Some skeptical investors might be critical of this move, thinking that NGW management is not as bullish on its core operations in California as its leads on if it is turning its focus to Colombia. But nothing can be further from the truth.

NGW appears to be taking an activist investor role in this deal, intending to provide commercial strategic support to OMG. This includes the adoption of nursery, cultivation and manufacturing techniques and the planning and design of necessary infrastructure for its outdoor and indoor facilities.

While the Colombian deal might seem completely unrelated to NGW’s core operations, it actually allows the Company access to over 7,000 pharmacies supplying over 6 million patients in Colombia. The intention is to leverage that immediate footprint in Colombia into capturing more of the South American market. This is how one builds a solid conglomerate, by buying into seemingly disparate businesses that actually provide synergies to the rest of the Company’s operations.

While most of the larger companies in the cannabis industry got started in Canada, NGW’s core operations are in California. The Company is in the final stages of developing a 35,000 square foot indoor facility in Coalinga, CA. It is fully licensed for nursery, cultivation, extraction and distribution for both medical and recreational use of cannabis which leaves no more obstacles for it to start generating significant revenue in 2019. The Company is developing three additional facilities totalling 300,000 square feet at the same location with the crown jewel being a 250,000 square foot greenhouse set to open in 2020. For comparison, Aurora’s Leduc facility in Edmonton is 800,000 square feet and Canopy’s Tweed facility in Ontario is 350,000 square feet. Considering that NGW raised CAD $21 million and currently sits at a CAD $75 million market cap, these numbers compare quite favorably to the larger players in the industry.

A major advantage to producing in California is proximity to market. California is the largest market in the world for cannabis and is much more densely populated than Canada. Coalinga sits between Los Angeles and San Francisco which would be like being situated between Toronto and Montreal, with easier access to all other markets within the state. California is also much closer to other legalized for recreational use states like Colorado and Washington compared to an operation in Ontario.

NGW has an opportunity to capitalize on the consumer tastes for cannabis plant, oils and edibles in the Californian market. The Company has partnered with Intrexon to use its high-throughput plant regeneration Botticelli™ platform. The intent is to develop cannabis strains in a superior manner to conventional cloning that will result in plants which are immune to harmful pathogens with improved consistency and optimized traits. If the attempt is successful, this will create a massive opportunity for NGW.

Being a fairly new listing and with the U.S. focus, NGW is flying under-the-radar. It has 121 million shares outstanding, 155 million fully diluted. At $0.62 it has a basic market cap of CAD $75 million with a clean balance sheet that includes over $8 million in liquid assets and over $23 million in total assets with no debt. It has privileged access to Los Angeles and San Francisco along with the rest of California, having been a first mover to Coalinga and is on the cusp of starting operations. It has a deal with Intrexon to create a superior cannabis strain with an opportunity to license that out.

Finally, it has made a strategic investment in Colombia with intent to leverage that into a continent-wide presence. There are numerous companies that are active at a global scale in cannabis. What is much harder to find is one that is active to the extent of NGW while still trading at less than a $100 million market cap. Smallcaps Recommendation: BUY.