Several transactions in recent months have contributed to the strong stock price performance of Globex Mining Enterprises Inc. (CA: GMX – $1.04 & US: GLBXF – $0.82 & GER: G1MN – €0.71). In tandem with the ongoing bull market in the resource sector, the value of these deals is also increasing.

However, this week, Globex outdid itself as it announced a blockbuster transaction. The Company has entered into an agreement with Electric Royalties Ltd (ELEC) to vend a package of two royalty holdings. The deal is valued at $18.2 million in cash and shares, plus a potential additional $1 million cash payment if certain conditions are met.

Highlighting the arrangement is the transfer of the Gross Metal Royalty (GMR) held against the producing Middle Tennessee Mines complex. The Middle Tennessee royalty has been generating recurring income for several years. In fact, Globex has realized total revenues of CDN$4.7 million since production restarted at this project in 2017. 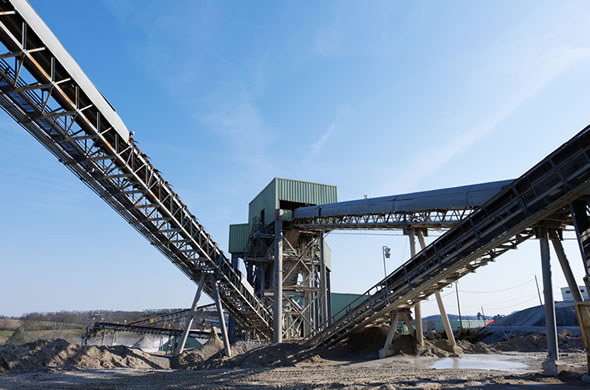 Middle Tennessee Mines have a nearly 50 year history. Nyrstar acquired and consolidated the operations in 2009. In December 2015, the Middle Tennessee Mines were put on care and maintenance, but Nyrstar commenced actions to restart operations in September 2016, and recommenced production in Q2 2017 with the site now being ramped up to full capacity.

Following the closing of the transaction, this GMR will become the first revenue generating royalty holding for ELEC. Under the terms of the GMR the mine operator is required to pay 1% of production value when the spot price of zinc is above 90 cents (US) per pound. If the price rises above $1.10 the royalty increases to 1.4% of net production.

The second component of the transaction involves a 1% GMR on the Glassville manganese property claims. Knowing that this package of 15 claims in New Brunswick was only acquired by Globex in September 2020, it’s clear that the small investment is rapidly delivering attractive gains.

Globex continues to hold 100% ownership of the Glassville property following the transfer of the royalty component. The Glassville claims present appealing potential to define a more significant deposit. Globex may advance exploration or perhaps consider a transaction to vend the project ownership to another company. And if a manganese mine is eventually established at the project, the royalty revenue payable on that production will generate revenue for Globex’s partner ELEC.

The Company will immediately be paid a non-refundable deposit of $250,000 while ELEC completes a financing to close the deal. In total, payment of $13 million along with 14.5 million shares of ELEC (at close yesterday worth $5 million) will be issued to Globex. If the price of zinc rises above $2 per pound for 3 consecutive months, Globex shall also be paid a bonus of $1 million in cash.

Globex has already established a partnership with ELEC, following a transaction reported in July 2020. A package of royalty holdings for certain property assets was sold to ELEC for cash and shares. The royalties were related to lithium, vanadium and manganese properties. These battery metals are currently in high demand as essential components in the manufacturing of batteries to power electric vehicles. The transaction was an excellent deal for both parties. Globex benefitted from the capital gains realized in the sale and secured a significant ownership position amounting to 3 million shares of ELEC. As a royalty company specializing in metals related to electric vehicles and green power generation, the acquired assets were a perfect fit for ELEC.

With this latest transaction, Globex will once again secure a large cash payment related to the sale along with a significant additional ownership of ELEC shares. When the transaction closes, Globex will hold a total of 17.5 million shares of electric, representing nearly 20% ownership of the partner company as currently structured. Therefore Globex shareholders will remain leveraged to the potential gains of the royalty package through this significant minority ownership position.

After full cash payment, Globex should have approximately $30,000,000 in cash and shares. More than sufficient to pursue additional property acquisitions and developments. Management has already demonstrated the competency to identify high quality land holdings with attractive resource leverage. It also means that Globex won’t have to raise additional funds in the foreseeable future, so shareholders won’t be subjected to further dilution.

While the income from the Middle Tennessee Mines royalty will be missed, the transaction is exceptional for Globex shareholders. The value of the deal represents nearly 15 years of expected royalty payments from the Middle Tennessee Mines GMR. Instead, Globex will now have that money up front and the opportunity to build greater value in the years ahead.

As a significant shareholder of ELEC, Globex will also be positioned to participate in the growth in value of its partner. ELEC is certainly achieving a quantum leap forward in its own growth ambitions following this transaction.

The market has signaled approval for the transaction. Globex shares continued the bullish performance so far this year with another impressive gain on the week. The stock is already up roughly 50%, less than 3 months into the new calendar year. And with the much stronger financial position for the Company following the close of the transaction, shareholders may look forward to the prospect of further deal flow and an exciting remainder to the year.

The Company controls a portfolio of more than 190 property holdings including ownership of a suite of royalty interests. Many of these holdings were acquired through opportunistic claim staking campaigns well before the market conditions improved. Globex is ideally positioned to maintain deal flow in this market. Moreover, the Company now has a lavishly funded treasury to advancing its resource properties. Smallcaps Recommendation: BUY.