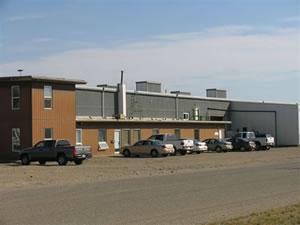 Flexible Solutions' sugar to aspartic acid facility in Alberta, Canada is the only one of its kind.

Flexible Solutions (FSI – $1.50) repurchased almost 800,000 shares of its common stock, at attractive terms, from its largest institutional investor Pictet Asset Management. Apparently, Pictet’s Water Fund changed its mandate so that it can only invest in companies that derive at least 80% of their revenues from water related business. And because no more than 10% of Flexible Solutions’ revenues come from energy and water conservation products, the fund was unable to retain its position.

The purchase price was $1.30 per share, or more than 8% below the opening price on Tuesday, when the deal was announced. In total, the Company paid a little over $1 million and reduced its outstanding shares to about 13.17 million. Also important, FSI used excess working capital to buy back the shares, so no money was borrowed.

This is a terrific deal for all FSI shareholders as earnings per share and book value automatically increase.

The next few weeks promise to be exciting for Flexible Solutions shareholders.

On March 31st, the Company will publish results for its fourth quarter and fiscal year 2010 ending December 31, 2010. Because mid-January 2011 strongly improved revenues of $11.49 million for FY 2010 versus $9.78 million for FY 2009 were announced, we look forward to seeing the complete picture.

In the meanwhile, we anxiously wait for news from the Company’s plant in Alberta, Canada. Remember that FSI has been waiting for a piece of equipment to arrive to start producing commercial quantities of aspartic acid from sugar beets. When the plant is running, it will be the only sustainable sugar to aspartic acid facility in the world as all aspartic acid is currently made out of oil.

Because the Company announced a couple of months ago that the piece of equipment was finished and waiting for approval from the local authority to be shipped, we expect news sooner than later.

We believe that starting commercial production of aspartic acid in its Alberta plant will be a major growth driver for Flexible Solutions as it may open up several lucrative markets.