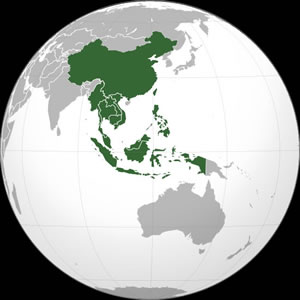 Acme United is dedicating more resources to its expansion in the Asia Pacific region.

Acme United (ACU – $9.97) issued two press releases this week of which most readers probably said: OK, no big deal. But don’t be fooled, these were strategic decisions of which we’ll see the impact in 6 to 12 months.

On Monday, Acme announced that it promoted Dennis Liang to Vice President of Sales for Asia Pacific and that YB Pek joined the Company as Vice President and General Manager for the same region.

Mr. Liang was previously General Manager for Acme United. His new role will encompass sales in Asia, as well as direct import sales to all Acme United’s global customers. While Mr. Pek, formerly General Manager of Phillips NV consumer products in Zhuhai, China, will be responsible for all operational aspects of the Asian Pacific business, including product development, manufacturing, quality control, supply chain, and finance. Both men will be based in Hong Kong.

Today, Acme’s sales in Asia are still relatively small. The Company’s attractively designed products certainly have an appeal in the Asia Pacific rim, but they’re still expensive compared with local commodity products. Although most people prefer western brands, because of there higher quality, they simply can’t afford them.

Thanks to sustained economic growth a real middle class is created in countries like Thailand, the Philippines, Indonesia and China. For the first time those people can spend money on non-vital goods and services, just think about car sales in China which surged 32 percent last year. That’s happening across many product lines and also causes increased demand for Acme’s products.

Exactly for this reason the timing might be ideal for Acme United to intensify its focus on Asia. Think about it. If you enter a market too early, you have to “create” demand which costs tons of money and if you’re too late you also have to spend more than you gain to capture market share.

YB Pek on the other hand has experience with coatings and plastics, with sourcing, high volume production and logistics. His expertise will help Acme to get products developed faster with higher quality and to the market faster with better prices.

Expanding your distribution at a time when your potential customer base is expanding makes perfect sense. If it’s executed successfully, this could be very big for Acme United.

Don’t expect results from this next month, but we should definitely see increased Asia Pacific sales and improved production efficiencies by next year.