News » Why 2011 will be Flexible Solutions’ Breakthrough Year

Why 2011 will be Flexible Solutions’ Breakthrough Year 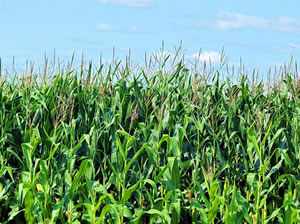 Agriculture is expected to give Flexible Solutions’ sales a big boost

We’re going to keep a very close eye on Flexible Solutions Int’l (FSI – $1.39), as its breakthrough is imminent. Here’s why…

First some background information for those of you unfamiliar with the FSI story.

Flexible Solutions has two divisions. Its NanoChem division offers environmentally friendly, water-soluble products utilizing thermal polyaspartate (TPA) biopolymers (bear with me here). TPAs can be used as a biodegradable substitute for poly-acrylic acids in detergents. Poly-acrylic acids bind hard water elements such as calcium and magnesium, so that the detergents work more efficiently.

In addition, TPAs are applied in the agricultural industry to reduce fertilizer crystallization before, during, and after application, and also prevent crystal formation between the fertilizer and minerals present in the soil. What’s important is that using TPAs increases crop yields with 6% to 18%.

The second division specializes in energy and water conservation products. HeatSavr is a chemical product for use in swimming pools and spas. It forms a thin and transparent layer on the water’s surface thereby reducing energy costs by 15% to 40%. EcoSavr is a similar product designed for residential pools and spas. And WaterSavr reduces water evaporation by up to 30% in large reservoirs, potable water storage tanks, livestock watering ponds, aqueducts, canals, etc.

The third quarter usually is the weakest one for FSI due to lower sales to the agriculture and swimming pool market (it’s getting winter you know). Nevertheless, revenues increased 9% compared with the third quarter of 2009. In fact, the Company recorded the largest third quarter sales number in its history.

Especially, agricultural sales did very well and the Company believes this will continue to be the case next year as crop prices are strong and farmers had a profitable 2010. TPAs can profitably be used on most crops as yield increases are higher than the cost of the TPAs.

Although the facility is already producing aspartic acid in small quantities, the Company is waiting for a piece of equipment to arrive to start producing commercial quantities (several tons per week). The piece of equipment is finished and waiting for approval from the local authority to be shipped. This approval procedure is standard and usually takes a few weeks. Once the equipment is delivered, it will take about 2 weeks to install and another 4 weeks to confirm that it’s working properly and producing commercial levels of aspartic acids.

Taking the plant into production has the following benefits:

We see two major growth drivers for FSI in 2011. First, taking the Alberta plant in production may open up the detergent market where soap companies are requesting TPAs produced from sustainable sources.

And secondly, the possibilities in agriculture are enormous. Flexible Solutions’ TPAs increase crop yields with 6% to 18%. Because farmers had a good year, they have the extra money to spend on TPAs. So 2011 may be the breakthrough year for agricultural sales. This is a $2 billion market for the FSI product.