EuroSite Power Inc. (EUSP – $0.90), which owns and operates clean, On-Site Utility systems that produce electricity, hot water, heat and cooling at hospital, healthcare, housing and leisure centers in Europe, has installed and started up a 200 kW Combined Heat and Power (CHP) system at the Littledown Centre, in Bournemouth, United Kingdom.

Set in 47 acres of parkland, Littledown Centre is one of the finest leisure, swimming, football and gym facilities in the UK. It is managed and operated by BH Live, the leading operator of leisure and event venues in the south of England.

The CHP unit will be owned, maintained and operated by EuroSite Power at the leisure facility for the next 15 years. The cost to install the unit was entirely funded by EuroSite Power. The Company also pays for the gas to run the CHP system. As a result, there is no impact on the customer’s capital budget and no additional staff required.

BH Live only has to pay EuroSite Power for the energy produced by the CHP system, which in addition to all the above benefits, is purchased at a rate guaranteed to be lower than available directly from the grid. Estimated savings for the customer are in excess of $64,000 per year. The forecasted revenue for EuroSite Power over the 15-year contract period is approximately $3.18 million.

Moreover, the newly installed unit helps to conserve energy, reduce emissions and improve the environment. The particular system installed at the leisure facility will produce up to 1,209,975 kW of electricity and 1,433,820 kWh of heat per year, while saving up to 375 metric tonnes of CO2, the equivalent to taking 79 cars off the road each year. 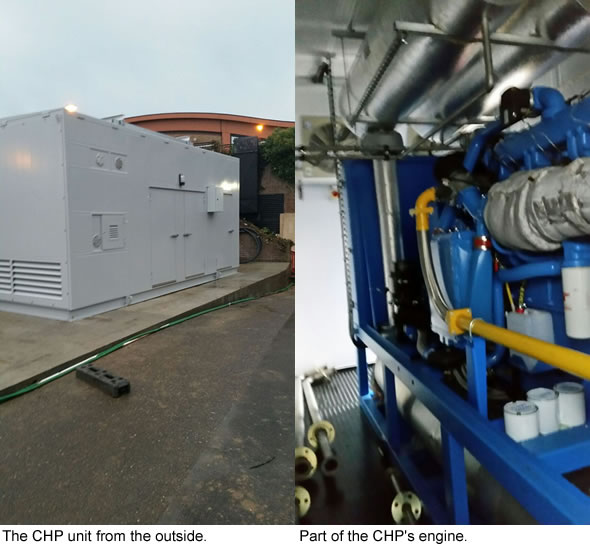 Mike Lyons, BH Live’s Director of Leisure Facilities, said, “Maintaining control of energy consumption and managing cost is very important for the efficient running of Littledown Centre which has more than 1.5 million visits a year. With zero upfront costs, the EuroSite Power solution provides immediate, guaranteed, risk-free savings, with costs guaranteed to be lower than if we were to buy our electricity directly from the national grid.”

This is EuroSite Power’s 30th CHP system that is brought into operation. All systems total 3,078 kW of installed capacity with a combined contract value of $84.9 million. Six more units are to be installed in the coming months, for an additional 687kW installed capacity. The total expected revenue for EuroSite Power from these 36 On-Site Utility agreements is approximately $101,120,600.

With nearly three million visits a year and £35 million turnover, BH Live is changing lives – and is at the heart of the UK’s growing social economy.

In 2014/15, the organisation hosted 400 shows, sold over half a million cultural, sporting and entertainment tickets, clocked up 2.2 million leisure centre visits and welcomed 93,000 conference and exhibition delegates which contributed an estimated £37 million to the local economy.

Littledown Centre is only one of 43 sites operated by BH Live. Suggestingthis may be the start of a mutually beneficial relationship between EuroSite Power and BH Live.

In other news, EuroSite Power received close to $360,000 cash in Enhanced Capital Allowance (ECA) incentives from the UK government. The ECA payment is based upon the CHP installations that were brought into operation in 2014.

The Enhanced Capital Allowances program provides a tax incentive to UK businesses that invest in energy-saving equipment that meets published energy-saving criteria. Basically, it encourages businesses to invest in environmentally friendly equipment specified on the Energy Technology List which is managed by the Carbon Trust on behalf of the UK Government.

The ECA scheme allows businesses to write off the whole cost of the equipment against taxable profits in the year of purchase. For example, if a business pays income tax at 20%, every US$10,000 spent on qualifying equipment would reduce its tax bill in the year of purchase by US$2,000. As such ECAs are a straightforward way for a business to improve its cash flow through accelerated tax relief.

Combined Heat and Power equipment does not automatically qualify for an ECA benefit. In order to qualify, a machine needs to meet certain standards. Once a certificate of energy efficiency has been granted, the installation can qualify for an ECA incentive payment. EuroSite Power is exceptionally efficient in this matter, as in fact all its installed units meet or exceed the quality standard and have qualified for an ECA. This is a true quality standard and adds credibility to the Company’s team and its installed units.

It’s important to know that the Littledown Centre contract was won in 2015 through a public procurement process, in which EuroSite Power was up against its major competitors. After Clifton Hospital, which is owned and operated by the British National Health Service (NHS), this is the second public tender deal that was won by the Company. It testifies that EuroSite Power is a Company to be reckoned with in the European on-site utility industry.

Another testament of the high quality of the Company is the fact that all of its installed CHP units qualify for an ECA incentive. A feat that not every EuroSite Power competitor is able to claim.

Moreover, the Company now has 36 contracts signed. According to management it needs about 45 units operating to permanently reach positive cash flow. To go from 36 to 45 is not a giant leap. Buy Recommendation.