News » Another Major Contract Win for Tecogen in NYC

Another Major Contract Win for Tecogen in NYC

Tecogen Inc (US: TGEN – $2.94 & GER: 2T1 – €2.49) announced the turnkey sale of a 375 kW microgrid enabled cogeneration system for a nursing home located in Brooklyn, New York. The project will be operational in early 2020 and includes a five year maintenance contract with the intent that most of the nursing home’s electricity will be produced by the InVerde microgrid once it is up and running. It will also provide backup capability for critical facility loads.

The system will produce heat and power two to three times more efficiently than grid-sourced energy, so it is expected to reduce the nursing home’s carbon footprint by more than half. Because of this, the project will receive state incentives for clean and efficient power generation and utility incentives for mitigating demand on the power grid during times of peak electrical demand. 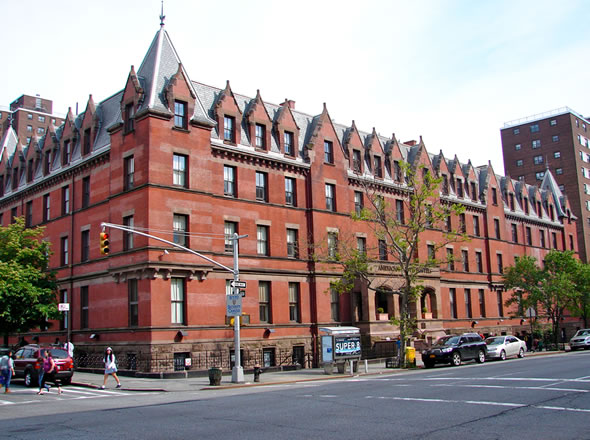 The nursing home in Brooklyn, New York will soon enjoy all the benefits of Tecogen’s 375 kW microgrid cogeneration system (Image for illustration purposes only).

New York has been a gold mine of sales for Tecogen in a variety of industries for its microgrid, CHP and trigeneration plant solutions. In February of this year, the Company signed its largest contract to-date for implementing multiple CHP systems in a data center located in the city. A month later, Tecogen announced a contract with a luxury apartment owner to outfit three properties with multiple CHP systems.

While these property owners are in very different industries with different priorities, all of them share a common problem that is solved by Tecogen’s solutions. First, they ensure constant access to backup power in the event of outages. Being able to provide this service ranges from convenience for apartment dwellers to vital for the performance of the data centers to possibly a matter of life or death for the nursing home residents. Second, Tecogen provides low cost and efficient green energy solutions in a densely populated location that will save the owners money and help to promote them as green businesses in the community.

With the wide range of property owners that are able to benefit from Tecogen’s solutions, the Company is just scratching the surface on potential sales in the city. Having sales in one location would have a positive impact on Tecogen’s margins. As sales in New York continue, Tecogen may benefit from the cheapest form of advertising – word of mouth – among property owners in the city and would likely see synergies in distribution logistics.

In 2016, we published an article on Tecogen that outlined the important differences between a microgrid system and a backup generator. We would like to remind our readers of them. A generator is an isolated and reactionary system. When it supplies power to its local load in the event of an outage, there is usually a delay or blip when power is lost from the utility grid before it kicks in. In addition, a backup system is never meant to run continuously, nor to put power into the grid. However, the reverse is true with a microgrid which can serve as a backup power supply.

In contrast, Tecogen’s microgrid cogeneration system senses the quality of the power flowing through the grid. In the event of an outage, it can disconnect from the grid at a moment’s notice and become the primary power source. It can also leverage solar, wind, or stored energy to supplement a dip in the current power supply. If things are running smoothly with the regional grid, a microgrid generating electricity from renewable sources can export that clean energy to the grid for everyone’s use.

There was an uproar a few weeks ago when power was lost to 72,000 customers in Manhattan. While it was only for a few hours and no injuries were reported, there was chaos on the streets as traffic had to navigate the roads without signals or lights and people had to be rescued from elevators. Politicians asked utility provider Con Edison why there wasn’t a backup system in place. Understanding the need for constant power in densely packed Manhattan and the rest of New York City really drives home the investment opportunity for Tecogen. The demand for a reliable and clean source of energy is ever increasing.

What a difference a week makes! Last week when we covered TGEN’s great progress selling its Tecochill systems in the cannabis industry, we made mention of the S&P crossing 3,000 points for the first time. A few days of steep market declines due to trade war and Yuan devaluation worries and the market has a panicked feel to it again. Investors looking for safety may actually find that safety in this microcap company that is executing on several fronts.

Tecogen’s thinly traded nature makes it volatile within a range, but patient investors can benefit from that by accumulating shares with well-placed bids.

The next catalyst for TGEN outside of news of more sales will be the Q2 results which will be announced next week. TGEN’s thinly traded nature makes it a prime candidate for a major run towards our target price on positive news or demonstrated profitability. We believe that this is possible in 2019 as continuing sales announcements and growing backlog transforms into record revenue numbers and profitability in the next several quarterly results. Smallcaps Recommendation: BUY.