News » Why Tecogen Chillers Are Becoming Indispensable in the Cannabis Industry

Why Tecogen Chillers Are Becoming Indispensable in the Cannabis Industry

The efficiency of the systems will be demonstrated at the sites as each will utilize the chilled water for cooling the facility, while the waste heat from the chillers will be used for dehumidification. The deals will favorably impact Tecogen’s revenues for Q4 2019 and in 2020 as the units will be installed and operational by the end of this year and include factory service contracts. 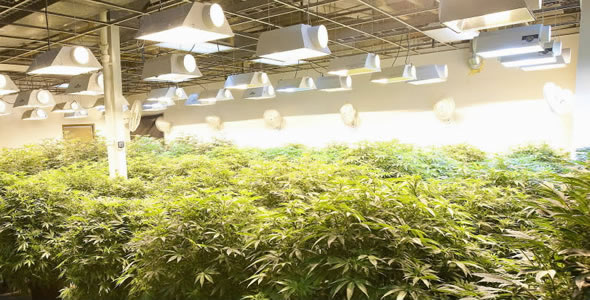 Tecochill Is An Efficient Solution To The Unique Challenges Of Growing Cannabis In The U.S.

Cannabis cultivators need to be mindful of cost reduction and efficient operations starting the first day of building of their facilities. Marijuana will eventually hit commodity pricing as more companies acquire operating licenses and build facilities. The most profitable operations will be the ones with the lowest costs and best yields.

Moreover, the use of non-electric Tecochill chilling systems allows growth facilities to significantly downsize the backup generation needed to maintain critical growth conditions during disruptions in the electric grid.

These farmers have an added challenge not seen by other producers of agricultural products given the strict state-by-state and Federal regulations of marijuana across the United States. Growth and sales need to occur within the state, so growers can’t just build a facility where they can access the cheapest power rates.

Tecochill is doing particularly well in Massachusetts, where year-round climate presents specific challenges for growers in a very small state with limited space for building facilities. With these two recent orders, the total number of Massachusetts marijuana cultivation facilities using at least one Tecochill system is up to 16. Adding the Nevada sale, Tecogen has already sold 30 chillers into the indoor cultivation market in North America, with new orders expected as additional states legalize medicinal and/or recreational marijuana products.

CEO Benjamin Locke agrees with our assessment of the opportunity, stating, “We are pleased that the indoor cultivation industry is recognizing the tremendous energy savings of natural gas cooling with Tecochill. As other states anticipate recreational marijuana sales, we are working with owners, operators and consulting engineers to keep energy and capital costs down in order to succeed in an increasingly competitive and expanding market.”

Stephen Lafaille, Director of Business Development at Tecogen, also added, “Operating costs become crucial for the long-term viability of cultivation facilities such as these. The Tecochill solution is an important factor in reducing energy costs associated with maintaining precise temperature and humidity for optimal growth. Our chillers provide a unique set of benefits including the efficiency of combined heat and power wrapped into an industrial-grade chiller solution which is already a necessity, so the chillers satisfy multiple needs while significantly reducing operating costs.”

While the S&P 500 surpassed 3,000 points for the first time in July, small cap stocks have generally had a very quiet summer. The iShares Core S&P Small-Cap ETF (US: IJR – $78.74) is down around 13% from its highs made in September of last year. TGEN is no exception as it has drifted from the over $4 highs made in April 2019 to $3.19 today on very low volume. This pullback has more to do with a few small investors trying to get liquidity during these illiquid times rather than selling due to anything that Tecogen has done.

Patient investors with little need to access their capital in the next few months can continue to hold or add to their position with confidence at these lower prices. The next catalyst outside of news of more sales will be the Q2 results which will be announced in mid-August. TGEN’s thinly traded nature makes it a prime candidate for a major run towards our target price on positive news or demonstrated profitability. We believe that this is possible in 2019 as continuing sales announcements and growing backlog transforms into record revenue numbers and profitability in the next several quarterly results. Smallcaps Recommendation: BUY.