News » Why NSGold May Double Before Year’s End

Why NSGold May Double Before Year’s End 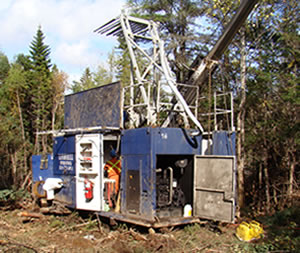 NSGold Corp (NSX – $0.48) filed a Preliminary Prospectus (pdf) this week with various Provincial Securities Commissions to obtain regulatory approval for the spin-out of its Mexican silver assets into a new publicly traded company called NSX Silver. Approval is expected to be received in a few weeks, after which the Board of Directors will set a date to execute the transaction.

This is clearly a great opportunity for short term traders and event driven hedge funds. At today’s stock price, the market only takes NSGold’s cash and its Mooseland gold property into account, but NOT its Dios Padre silver property in Mexico. This will change after the spin-out, as both Companies will be valued based on their own cash position, assets and future potential.

With shares trading at 48 cents, NSGold has a market cap of about $20.84 million. When you compare that number with Mooseland’s NI 43-101 compliant resource estimate of 390,000 ounces of gold, at today’s gold price, it’s evident there are big opportunities here for shareholders.

Moreover, first analytic results from a new 5,000 metres drill campaign at Mooseland confirm that the resource will be expanded. So far, 12 holes have been completed and the Company’s geologists indicated that all holes intersected substantial quartz veining.

Results from the first three drill holes have been received back from the lab. A total of 33 samples from these holes assayed more than 1 gram per tonne of gold of which 8 assays exceed 10 grams per tonne (see table at bottom). This is typical for the Mooseland deposit which contains numerous mineralized intersections, many consisting of quartz structures with gold values of less than 1 gram per tonne, while also containing gold values of +10 grams per tonne elsewhere in the structure.

In total, 17 holes will be drilling during this campaign. Next to one or two infill drill holes and two holes that were planned last year, but couldn’t be drilled due to adverse weather conditions at the time, the new holes will be testing promising areas of Mooseland that have been sparsely drilled or unexplored in the past.

Because results from previous drill programs indicated that the vein systems at Mooseland continued beyond the known zones, this campaign is clearly focused on delineating and expanding the mineralized zones.

On November 4th and 5th, the Company will be exhibiting at the largest annual European investor show for metals and mining companies: the International Precious Metals & Commodities Show held in Munich, Germany.

I’ll be attending the 2-day show as well, and of course, I’ll report back to you about the general atmosphere at the event, how mining companies face the present economic situation and what investors think of the situation.

The spin-out will better reflect all the Company’s assets and it’s also a solution for institutional investors that either want to invest in gold or silver companies, but not in both.

Furthermore, we expect continued good results from the Mooseland drill campaign that will increase the property’s resource estimate and we also anticipate to see some positive developments at Dios Padre.

All these events together may very well double your current investment in NSGold by the end of the year. Buy recommendation.