News » Why Mining Stocks Should be Part of Your Investment Portfolio

Why Mining Stocks Should be Part of Your Investment Portfolio 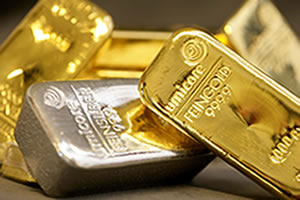 Mining stocks should be part of any investment portfolio as gold and silver prices will continue their upward trend the following years.

Despite the strong volatility of gold and silver prices the last couple of weeks, I believe they will continue their upward trend the following years. Several reports and world market trends suggest no end to the decade long climb for these two commodities.

The report states that despite a much higher price of gold, the demand increased by 3.1% in the first quarter of 2011 compared with the same period last year. One of the main drivers behind this rise are central banks which buy physical gold. For example Mexico bought 93 metric tons during Q1 of 2011. Many countries around the world are increasing their gold reserves as they diversify their foreign exchange reserves away from the USD and other troubled currencies.

Supply, on the other hand, remains unstable says the report and only a moderate annual increase to the tune of 3% or 4%, at most, can be expected for the next couple of years.

Another report, written by gold mining analysts for Standard Chartered Bank, cites that at the end of 2010, global gold reserves stood at 51,000 tonnes (an estimate from the U.S. Geological Survey). At the 2010 production rate that translates into only 19.2 years of production.

The report also mentions that the average ore grades of new deposits have clearly declined in the past six decades. While one tonne of ore yielded 2.86 grams of gold on average in the 1960s, by the year 2000 that number had declined to 1.37 grams. Today, the newest gold ore discoveries are yielding less than one gram per tonne of ore.

Standard Chartered Bank concludes that limited production, central bank buying and rising demand from India and China could push gold prices above $5000 per ounce. The report sees physical gold and shares from junior miners as the best way to invest in gold.

Why Invest in Gold and Silver Now?

It’s clear that there are several reasons why gold and silver investments remain attractive.

I cover two mining Companies in the Current Investments section, NSGold Corp (NSX – $0.57) and Esperanza Resources (EPZ – $1.56). Both are currently attractively priced, have solid management teams and are developing properties with lots of potential.