In 2019, California Gold Mining (CA:CGM – $0.32 & US:CFGMF – $0.25 & GER:613 – €0.26) made the bold prediction of attaining operating profits through its new hemp business as early as Q1 2020. We discussed in our previous article how that prediction was looking very promising after the announcement of the first sales agreement. Now, just two weeks later, the Company has built on that. CGM announced a second sales agreement with a North Carolina-based private hemp-CBD production company for the sale of CBD Isolate produced from its wholly-owned, high-CBD hemp biomass.

We are impressed with how quickly CGM management has been able to monetize its new-found expertise in hemp while waiting for the right time to drill for gold on its 100% owned Fremont property in Mariposa County, California.

Despite already having the two contracts which should result in materially positive cash flow for Q1, CGM management is still aggressively forging ahead. CEO Vishal Gupta stated, “The execution of a second sale agreement within a few days of executing the first is a testament to the high quality of CGM’s various refined products, and management’s commitment to achieving positive cash flow in Q1 2020. CGM’s board of directors recognizes that diversification of the Company’s revenue stream will be critical to long-term sustainability of positive cash flow in this nascent hemp-CBD sector. With this goal in mind, management continues to explore additional avenues for revenue generation from the Company’s hemp business segment.” 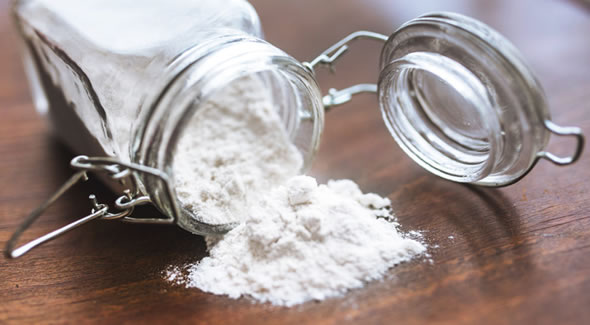 CBD Isolate is defined as a crystalline solid or powder that contains greater than 99.5% cannabidiol (or “CBD”) and less than 0.3% total tetrahydrocannabinol (or “THC”) by dry weight derived from hemp plants.

We are impressed with not only CGM’s business development skills, but also its straightforward, concise and detailed press releases. Once again, the agreement laid out very specific terms so that investors can easily calculate gross margin numbers for this deal.

The buyer’s purchase price will be US$3,500 per kilogram of CBD Isolate, while CGM’s cost of goods sold is approximately US$2,450 per kilogram. This leads to a US$1,050 per kilogram gross margin, or 30%. A total of up to 1,000 kilograms of CBD Isolate is expected to be transacted upon within 40 days. Fulfillment of 1,000 kilograms would lead to $3.5 million in revenue and $1.05 million in gross margin before the end of Q1. The term of the agreement is one year, with the expectation of recurring CBD Isolate sales on a monthly basis.

As we mentioned in our previous article, an initial batch of up to 500 litres of Zero-THC Distillate was expected to be transacted within 30 days immediately following the first sales announcement. Fulfillment of that entire batch leads to $2.15 million in revenue and $950,000 in gross margin. Combining these two sales agreements, CGM is expected to have at least $5.6 million in revenue and $2 million in gross margin for Q1. We say at least because both initial batch agreement periods end well before the end of the quarter.

Small cap companies tend to promise big and deliver on only some or none of their promises. CGM is a rare gem that looks poised to achieve well beyond initial targets set just two months ago. As a reminder, in our December article we discussed CGM’s projection for Q1. Revenue was projected to be $1.5 million to $2.3 million. Now it is projected to be more than double the higher boundary of that range just as February gets started. CGM is going to have an astonishing year. That can only get better if the Company signs more contracts as it explores more revenue opportunities.

Since our last article, CGM’s stock price has remained steady at $0.36 on the CSE, leading to a CAD$22 million market cap. But now revenue will be at least US$5.6 million and gross margin at least US$2 million for just the first quarter of 2020. If one was to extrapolate those numbers over a full year, they would calculate very cheap valuation multiples. The Company’s fiscal Q2 from December to February will be released in April and will cover the bulk of the time period we have discussed.

When investors are investing in microcap stocks, they are relying heavily on the expertise of the management team. We think that CGM’s decision to pivot into the hemp sector while waiting for the opportune time to drill at Fremont was a very smart move. CGM may choose to spend some of its hemp cash flow drilling for gold. That would reduce the Company’s net income, but it would also presumably add to Fremont’s value, as a successful drilling session could result in an increased resource estimate right as gold prices are heading up. Risk-tolerant investors with at least a year’s time horizon might want to consider adding CGM into their portfolio as 2020 is expected to be a big year for the Company. Smallcaps Recommendation: BUY.