In 2019, California Gold Mining (CA:CGM – $0.32 & US:CFGMF – $0.24 & GER:613 – €0.21) made the bold prediction of attaining operating profits through its new hemp business as early as Q1 2020. This week the Company took a clear step forward in making good on this promise. CGM announced a one-year agreement with a California-based hemp-CBD brokerage firm to arrange for the sale of Zero-THC Distillate produced from its high-CBD hemp biomass. Zero-THC Distillate is oil derived from hemp plants that contains no THC and at least 80% CBD by weight. 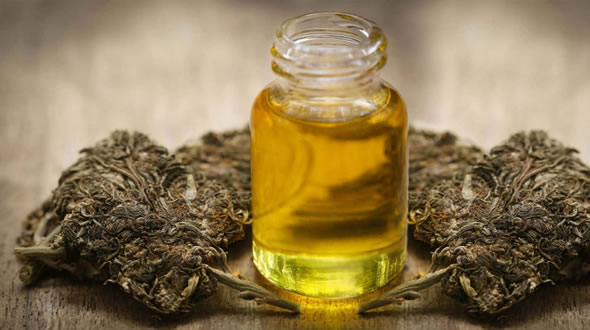 The term of the Agreement between California Gold Mining and a California-based hemp-CBD brokerage firm is one year, and the parties may complete additional sales of Zero-THC Distillate on a monthly basis during this term.

CGM Is Taking A Clear Step Towards Profitability

The agreement laid out very specific terms so that investors can easily calculate gross margin numbers for CGM. The purchase price will be US$4,300 per litre while CGM’s cost of goods sold is approximately US$2,400 per litre. This leads to a $1,900 per litre gross margin, or 44%. An initial batch of up to 500 litres of Zero-THC Distillate is expected to be transacted upon within 30 days. Fulfillment of this entire batch would lead to $2.15 million in revenue and $950,000 in gross margin over one month.

Often companies tend to promise big and deliver on only some of their promises. Rarely do companies outperform their promises. It looks like CGM could accomplish that very feat!In our last article, we discussed CGM’s projection for Q1. It projected 600 to 700 litres of Distillate to be produced at a wholesale price range of US$2,600 to US$3,250 per litre. That would lead to $1.5 million to $2.3 million in revenue upon sale.

CGM is now expecting to achieve close to the upper end target of revenue in just one month of operations going into mid-February. It negotiated a $4,300 per litre price, over $1,000 more than its initial estimated wholesale price range. It also forecasted 600 to 700 litres of Distillate to be produced. 500 litres of that will be covered in the initial batch and that will only be half way through Q1. So it its looking quite favorable for the Company to meet or exceed its projected volume for Q1 as well.

If the initial batch will be any indication of how this business will go for the rest of the year, CGM is going to have an astonishing year.

Conclusion: CGM Is An Undervalued Stock With Two Businesses And A Management Team That Is Delivering

CGM is having a wonderful start to 2020. Just this one deal delivers the Company a gross profit of almost $1 million. CGM may choose to spend some of its hemp cash flow on drilling at Fremont. That would reduce the Company’s net income, but it would also presumably add to Fremont’s value, as a successful drilling session could result in an increased resource estimate.

When investors are investing in microcap stocks, they are relying heavily on the expertise and decisions of the management team. We think that CGM’s decision to pivot into the hemp sector while waiting for the opportune time to drill at Fremont was a very smart move. The Company continues to sit on Fremont to maximize its profitability in the short term due to the hemp business, or use some of that cash flow to drill while gold prices continue to be robust. We believe that the management will make the right choice for shareholders based on what we have seen so far. Risk-tolerant investors with at least a year’s time horizon might want to consider adding CGM into their portfolio as 2020 is expected to be a big year. Smallcaps Recommendation: BUY.