When it comes to junior mining and exploration companies, investors don’t have much to go on fundamentally. Therefore they are betting heavily on the expertise, competence and work ethic of a company’s management team. So many explorers sit on a plot of land and wait for drilling season or until commodity prices are high enough to conduct any work.

This is where California Gold Mining (CA:CGM – $0.29 & US:CFGMF – $0.24 & GER:613 – €0.18) stands out. CGM has decided against taking the easy route of standing pat until the right time to move ahead with another exploration program on the Company’s 100% owned Fremont property in Mariposa County, California. Instead, management decided to establish a hemp cultivation business in an attempt to make use of some of Fremont’s land while waiting to discover more of the resources underneath it. As the management team learned about the business of hemp production, it decided to find more fertile land. It found some in Illinois.

CGM has spent most of the year laying the groundwork for its profitable operations and it looks like this effort will now bear fruit. Earlier this week, the Company issued a press release containing several significant updates regarding its hemp business. A toll-extraction agreement with an industry-leading, North Carolina-based extraction and processing company to produce finished cannabinoid-rich oils and isolates was finalized. A second one for high-margin Distillate is currently being negotiated with an Arizona-based company. CGM also completed the harvest and post-harvest treatment of high-CBD hemp crop from its 100%-owned property in Illinois. It also supplemented its production in Illinois by purchasing additional high-CBD hemp biomass from farmers in Virginia and North Carolina. 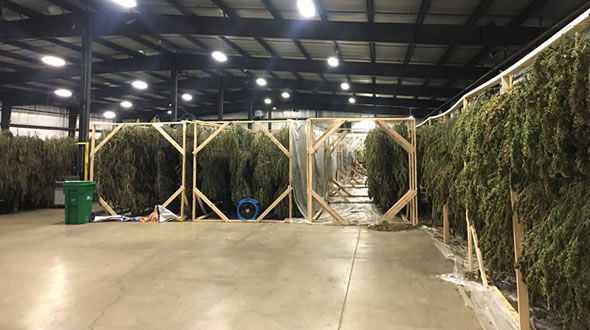 A cynical investor might smirk at the idea that a gold company got into CBD just as the price of gold has been strong and the price of CBD has dropped during 2019. However, we think that the last laugh will actually be had by CGM and its shareholders as the Company confirmed expectations of its first ever operating profit in Q1 2020. Cash flow from the CBD operations will be used to fund CGM’s core business of gold exploration, limiting the need for dilution going forward. Having a steady stream of news also affords CGM to restart exploration activities at Fremont at a time that it sees fit. Rather than being pressured by the market and shareholders to “do something”.

As the stock price is trading at $0.28 on the CSE, that leads to a CAD$17 million market cap. This type of revenue numbers in Q1 2020 would already justify CGM’s valuation. And this would be before even considering the 515,000 indicated and 364,000 inferred ounces of gold estimated so far at Fremont.

Conclusion: With CGM You Get Two Businesses In One

Successful small cap investing involves diversifying as much as possible while still paying special attention to each individual investment. Many small cap companies will end up losing money, but the several gems that seasoned investors will find across different sectors will more than make up for any losses. Conversely, those who do not diversify sufficiently will experience very high periods of volatility and risk losing it all. Think about the investors who had an overweight in cannabis stocks at the start of 2019. Or those who were heavily weighted in junior oil stocks in 2014. Or those heavily weighted towards gold in 2011.

With CGM you get two businesses in one and two businesses for the price of one management team. CGM has a natural diversification mechanism which played out quite well in 2019. Gold prices went up while CBD prices went down. And yet it is the CBD business that will help to fund the exploration of the Fremont property. On top of generating operating profits from the hemp business, there may be more news to look forward to early in the new year, as CGM’s CEO Vishal Gupta stated in our recent interview that a drill program may be forthcoming in early 2020 upon sustained higher gold prices. Risk-tolerant investors with at least a year’s time horizon might want to consider adding CGM into their portfolio as 2020 is expected to be a big year. Smallcaps Recommendation: BUY.