The six CHPs will provide heating and electricity for the entire building. Thanks to these units, MGM will save between $300,000 – $400,000 annually when compared with the estimated cost of a boiler and utility grid electric supply. The $950 million resort in Springfield, Massachusetts, is scheduled to open in fall 2018.

Tecogen won the substantial order through a competitive process. The units will be installed by Harry Grodsky Company Inc., a full service mechanical contractor with substantial experience in meeting the needs of casino resorts in the northeastern United States.

MGM Resorts to Double Its Use of Renewable Energy

MGM Resorts’ strategic plan for environmental responsibility is designed to reduce the company’s consumption of resources. MGM Resorts International has completed energy conservation efforts in resorts that have cumulatively saved 194M kWh of electricity and 239,000 MMBtu of natural gas, enough energy to offset the annual usage of 23,000 average U.S. homes.

Also, since 2010, the company has reduced its emissions by over 60,000 metric tons of CO2e. This is the equivalent of taking more than 12,000 cars off the road for a year. In MGM Springfield’s case, Tecogen’s CHPs will substantially reduce the resort’s energy-related carbon footprint. Moreover, the units will also be fitted with Tecogen’s Ultera ultra-low emissions technology, allowing for super clean operation – on par with near-zero emissions from fuel cells.

In 2016, MGM also announced that its flagship Las Vegas Nevada properties would stop purchasing electricity from the state’s biggest utility. The motivations for the departure were energy independence and the desire for more renewable energy. That MGM means business, is more than obvious by the $87 million fee the group had to pay to leave the service of the Nevada Power utility.

In addition, any company leaving the service of the utility is required by law to match the state renewable energy standard of 23 percent. Cindy Ortega, Senior Vice President and Chief Sustainability Officer at MGM, commented, “MGM’s goal is to double that 23% number”.

An additional benefit for MGM is that the state of Massachusetts, where the units will be installed, gives incentives for CHP installations based on the efficiency of the equipment. Note that this is contrary to states that give incentives based on the amount of kilowatts installed, as is the case in New York. The Massachusetts strategy forces customers to install CHP systems that are the right size. 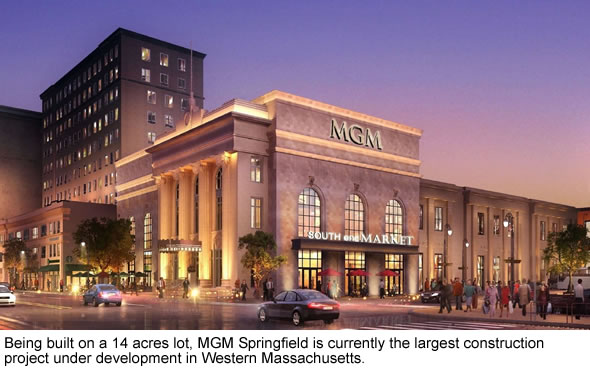 In October 2016, Tecogen was awarded a research grant from the Propane Education & Research Council (PERC) to fund the development of its Ultera technology for the propane powered fork truck market.

Fork trucks are often used inside large warehouses where indoor air quality is a serious concern. Eliminating pollutants from vehicles operating indoors is important to the fork truck industry and their customers.

The goal of this project is to develop an Ultera system that can be used on propane powered fork trucks. While these are very versatile in use – contrary to its electric and diesel powered competitors – their emissions are harmful to the driver and co-workers when used indoors or in poorly ventilated locations.

In order to more quickly advance the project, the Company hired Alan B. Welch as Project Manager. Mr. Welch is a mechanical engineer with over 30 years of experience developing and managing automotive, industrial engine, and component technology programs. He will be leading the initiative to develop Tecogen’s patented Ultera emissions control technology for propane fork truck application.

It is worth noting that Tecogen will be attending the 29th Annual ROTH Conference held at The Ritz Carlton in Dana Point, CA. John Hatsopoulos, Tecogen’s Co-CEO will be available to meet with investors on Tuesday, March 14, 2017 and is scheduled to present on Wednesday, March 15th, 2017 at 9:30 a.m. Pacific Time.

In addition, the Company will be announcing its financial results for the year ended December 31, 2016 before the market opens on Wednesday, March 22, 2017. Members of Tecogen’s senior management will hold a conference call and webcast on the same day at 11:00 a.m. Eastern Time to discuss the company’s financial performance.

MGM Springfield is currently the largest construction project under development in Western Massachusetts. When it opens, the resort will feature a luxury hotel and a variety of world-class entertainment offerings – including dining, shopping, gaming, and amusements – that will attract millions of visitors

CHPs are an excellent fit for casino resorts, as their consistent need for climate control and typically high electric demands mean cogeneration can offer substantial savings.

This is Tecogen’s first casino project, and the first with MGM Resorts. As MGM clearly sees the value in clean energy, this could lead to more business with the casino resort group. Buy recommendation.