We have written several articles this year about Tecogen Inc (US: TGEN – $2.48 & GER: 2T1 – €2.10) regarding the sales it has made to a variety of residential and commercial building owners in New York City. Our theory that New York will continue to be a strong source of revenue growth for Tecogen has been proven once again. The Company announced yet another sale in the city this week. This time around it sold a 400 ton Tecochill natural gas-fired chiller to a large residential building.

The Tecochill’s efficient design enables it to provide air conditioning during the summer while recycling the waste heat in order to generate hot water for the building. It supplants an inefficient absorption chiller that required replacement. The purchase was an easy decision for the building owner.

After all, the capital expense to replace the old unit was going to occur no matter what, but now the building will experience the operating cost benefits of having the new Tecochill chiller. It also reduces greenhouse gas emissions relative to a conventional air conditioning system, so the building’s carbon footprint will substantially decrease. 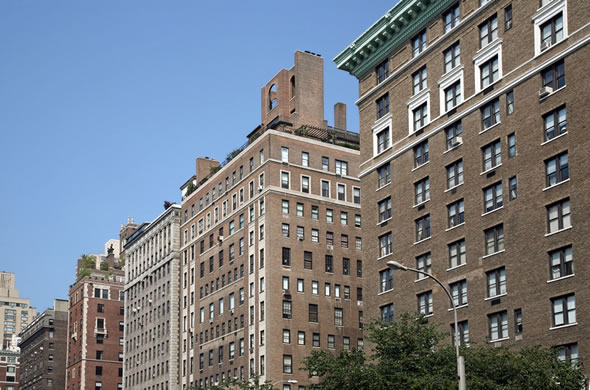 The Tecochill system uses less than one-third (33%) of the energy used by typical steam-based absorption systems.

Tecogen’s management subtly hinted that New York will remain a strong source of near-term sales and long-term growth. There are many building owners across the city that are in a similar situation to the owner of the property that just purchased the Tecochill. In addition to the cost pressures of electricity, they must also deal with the possibility of violating greenhouse gas emission limitations and getting fined.

Jeff Glick, Vice President of East Coast Sales at Tecogen, stated, “Many large residential buildings in New York that heat with steam during the winter months use steam-based absorption chillers for cooling in the summer months. The Tecochill system uses less than one-third (33%) of the energy used by typical steam-based absorption systems. Using steam power to drive the absorption process is cost prohibitive compared to the Tecochill natural gas-fired compressor chiller system because of the energy inefficiency of the steam driven process and absorption chilling.”

Meanwhile Benjamin Locke, Tecogen CEO, stated, “Steam-based absorbers are quite common in New York City due to the ConEdison district steam network. However, elevated utility prices for steam and electricity, as well as the potential penalties under local laws related to excessive greenhouse gas emissions, mean that many NYC buildings with absorption chillers are prime candidates for retrofit with a clean and energy efficient Tecochill system to take advantage of both significant operational savings and greenhouse gas reductions.”

Tecogen adeptly identified New York City as a lucrative market with potential for high penetration. Its legacy utility infrastructure led to the decisions made by building owners decades ago. Increased population density and stricter rules on emissions presents frustrating new challenges for building owners, and at the same time new opportunities for Tecogen.

The Tecochill system is ideally equipped to meet and exceed those challenges. So when the building owners are forced to make a decision today, they have every incentive to choose a Tecochill unit. The best businesses to invest in are the ones with a product that sells itself.

TGEN’s stock reacted quite positively to this news, with an increase of over 11% on Thursday. Although the stock has bounced a bit since making new lows at the end of September, it is still a great deal as it trades at less than two times its trailing revenue. The Company is trading as if it is in a slow growth and low margin industry while it’s taking New York on by storm and becoming a key component in the city’s power infrastructure.

With each new contract being announced, we attain a higher level of confidence that the next six quarters between now and Q4 2020 will demonstrate profitable growth. We are maintaining our bullish price target and expect significant returns for shareholders who are patient enough to buy and hold TGEN through these next several quarters. Smallcaps Recommendation: BUY.