Only a week after EuroSite Power (EUSP – $0.80) secured financing from Societe Generale Equipment Finance (SGEF) for its future projects, the Company signed an On-Site Utility agreement with Doncaster Culture & Leisure Trust for The Dome leisure center, in Doncaster, UK. The agreement is worth approximately US$4.83 (£3.02) million.

Under the terms of the 15-year On-Site Utility agreement, a highly efficient TEDOM combined heat and power (CHP) system will be installed at the leisure center, which will be owned and operated by EuroSite Power. The 331kW unit will produce up to 1,848,470 kW of electricity and 2,038,343 kW of heat per annum.

The center will then buy the energy produced by the system at a guaranteed lower rate than available directly from the grid. Estimated savings for the customer are in excess of US$56,800 (£35,500) per year, with no capital outlay or maintenance costs.

The new agreement brings the total number of systems under contract to 37, and EuroSite Power another step closer to becoming cash flow positive. The Company aims to have the CHP system up and running in the fourth quarter of 2016. 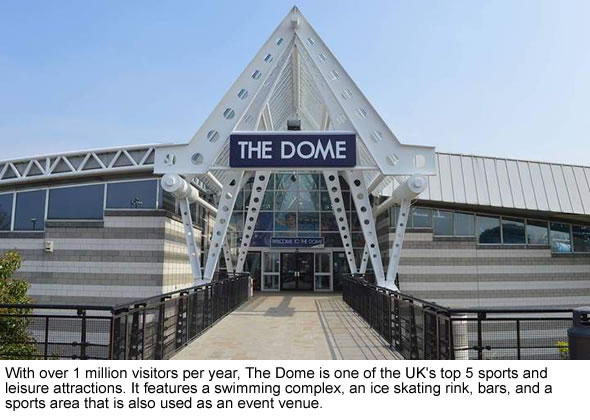 The Dome’s Head of Facilities Terry Parker said, “Controlling costs, particularly the impact of Carbon Taxes like the CRC is essential to ensuring The Dome is able to provide the very best facilities for all our users. Cash flow is also obviously a vital concern so, with zero upfront costs, and immediate, guaranteed, risk-free savings, the EuroSite Power solution makes perfect sense.”

Before EuroSite Power closed the financing agreement with SGEF (announced last week), it used to entirely fund the cost of the CHP and the installation of the unit at a customer’s facility. In order to do so, it relied on equity financing.

Because that approach limited the Company’s ability to grow faster, the Societe Generale financing was put in place to enable EuroSite Power to deliver larger and more frequent installations.

The credit approval process goes through three stages. First, EuroSite Power, along with Societe Generale, have a process that enables them to pre-screen potential customers and projects. They basically, look at each project and its future cash flows. In addition, they research the credit worthiness of the possible customer.

When the outcome of the screening process is positive, the next step is to get an indicative assessment from SGEF while also continuing negotiation with the customer. At this stage certain documents and information have to be provided to the financial institution. Typically within two days, Societe Generale responds with information such as the interest rate at which it wants to offer the loan, the monthly payment, the termination structure, etc. Although this is a formal response to EuroSite Power, it’s not yet a credit approval.

This final step occurs after the customer indicates that it wishes to sign an On-Site Utility agreement with EuroSite Power. At that moment, the Company applies for a formal credit approval, and Societe Generale subsequently commits the funds. 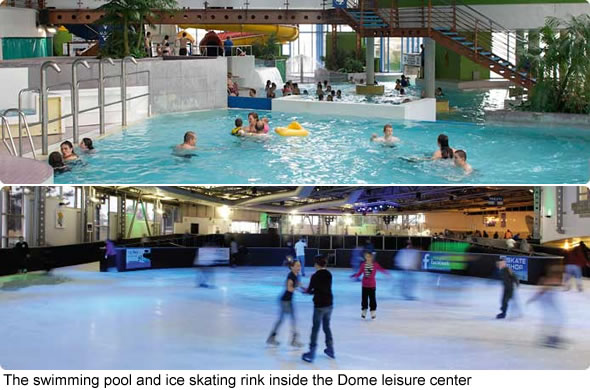 EuroSite Power sells the energy produced from an onsite energy system to an individual property as an alternative to the outright sale of energy equipment. In this scenario, the customer only has to pay for the generated electricity, heat and cooling over a set period of time – usually 15 years. In addition, the cost of the generated energy is guaranteed to be lower than the displaced energy from the grid.

Customers opt for EuroSite Power’s solutions for several reasons. First, its systems operate at up to 90% efficiency, versus less than 33% for the existing power grid. This means the Company can sell the produced energy at prices which are 5% to 15% lower than these charged by a regular energy provider, saving customers between US$250,000 and US$3,250,000 per building over the term of the agreement.

Second, customers benefit from a reduction in their energy bills without the capital costs and risks associated with owning and operating a CHP system. Also, by outsourcing the management and financing of an on-site energy facility to EuroSite Power, customers reap the economic advantages without the need to retain specialized in-house staff with skills unrelated to their core business.

In addition, by simultaneously providing electricity, hot water and heat, CHP systems have a positive impact on the environment as they reduce carbon dioxide or CO2 production. The Dome leisure center, for example, will save up to 667 tonnes of carbon dioxide (CO2), equivalent to taking 140 cars off the road each year.

Finally, reliability is enhanced with a CHP unit because the customer also remains connected to the electric grid. Therefore, if the grid experiences failure, it won’t result in a power outage.

It’s very promising that so soon after announcing the financing arrangement with Societe Generale a first deal is announced. In addition, with a 331kW unit, Doncaster Dome is a much larger than usual project.

This shows that the financing process works, and also that the Company is ready to manage much larger projects both in system size (kW) and in terms of the number of sites.

Moreover, because the Company can now handle the installation of larger units, it will move towards being cash flow positive faster. Before the agreement with the Dome, EuroSite Power needed an additional 1.5 MW of installed power to reach that feat. It’s obviously much more economical to realize that goal by selling a few larger units, instead selling fifteen 100kW units.

The agreement with Societe Generale really is a game changer for EuroSite Power. Buy recommendation.