Acme United (ACU – $17.40), the worldwide supplier of cutting devices, measuring instruments and first-aid products for school, home, office, industrial and hardware use, achieved record sales for the 8th consecutive year. Despite a setback in the online sales channel during Q2 and Q3 of 2018, the Company remarkably recovered in the last quarter of the year with a 39% increase in operating profit compared with the fourth quarter of 2017. Management expects this trend to continue in 2019.

Each year between 2013 and 2017, online sales at Acme United doubled. During that time, the Company increased its advertising, sponsorship and search optimization to achieve further growth. However, in Q2 and Q3 last year, online sales flattened, as Acme’s largest online customer changed some of its algorithms. However, Acme United’s spending was still at higher levels. This caused an unexpected earnings decline in both quarters. 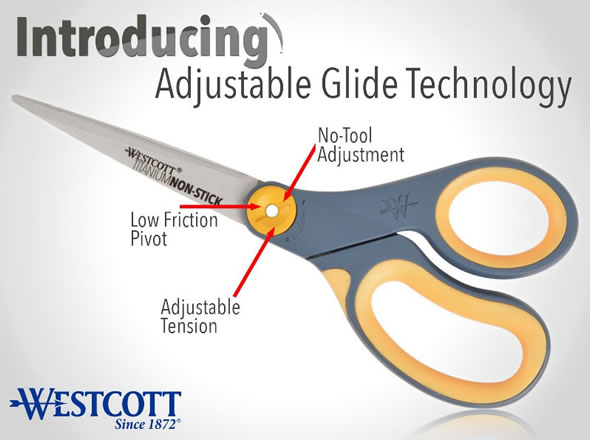 The brand new line of Westcott scissors that incorporate the glide technology were recently placed at major craft and retail chains.

To counter the softer online sales, Acme took decisive steps in Q4 of 2018 to reduce annual recurring costs by up to $1.3 million. For example, it let go of a number of people, which reduced personnel expenses by about $700,000 annually. In addition, third party sales reps were replaced by in-house people. Acme also cut back on print advertising and put more focus on social media, resulting in annual savings of $400,000.

Furthermore, substantial operational efficiencies were achieved at the Company’s major domestic distribution centre in Rocky Mount, NC after significant spending the past two years. New software modules were installed to improve the efficiencies of the pick line and the Company began building a mezzanine level to store the high volume products closer to the point of shipping.

The Company also worked hard to bring the two Spill Magic plants onto the Company’s common software platform. This generated leverage in the customer service, accounting, forecasting, and supply chain.

In 2019, the implemented savings and cost improvements may increase to over $2 million.

Moreover, Acme launched many new products that helped boost sales. For example, the Company introduced a new line of Westcott scissors that incorporate the glide technology. These scissors, which have a low friction pivot with adjustable tension, cut extremely fluidly and efficiently. The scissors were placed at major craft and retail chains. The Company also announced that its new ceramic box openers were well received by industrial safety customers and consumers.

The first aid business introduced the next generation safety hub ecosystem and a new line of modern first aid stations that can be customized with different industries. And Camillus knives expanded distribution to major retail chains.

Last but not least, Chairman and CEO Walter C. Johnsen mentioned during the fourth quarter conference call that programs are in place to accelerate online growth.

As a result of all of these efforts, Acme United is confident that it will have another record year in 2019. For the year, the Company’s management is providing guidance of approximately $140 to $143 million in sales, net income of $5.0 to $5.3 million and $1.41 to $1.50 earnings per share.

Remember that the Tax Cuts and Jobs Act, introduced under the Trump administration, allows US companies a one-time repatriation of untaxed foreign held earnings at a reduced tax rate. Acme United had approximately $9.3 million in cash held offshore at the end of 2017. As a result of the favorable tax treatment of such funds, the Company repatriated approximately $5.8 million early in 2018. Due to this repatriation, Acme retroactively recorded a provisional charge of $1.245 million in the fourth quarter of 2017.

Noteworthy in the table above is the strong improvement in operating profit in the fourth quarter of 2018 versus the comparable period in 2017. This was mainly achieved thanks to the strong cost reductions that were implemented.

Acme United reports financial information on three separate business segments: the United States (including Asia), Canada and Europe. Exact revenues per segment for 2018 will be available in the 10-K, which will be filed in a few days. However, Acme announced for each segment the percentage by which revenues increased or decreased compared with last year. Based on those numbers, we provided the following estimate.

At the end of the 2018, Acme had more than $60 million in working capital and an impressive current ratio of 5.49.

Acme United’s solid increase in operating income during the fourth quarter of 2018 is very encouraging, as it clearly indicates that the cost cutting programs are paying off. These efforts will continue throughout 2019.

In addition, several sales initiatives should drive top line growth. Among the products expected to contribute to the 2019 sales results are various newly developed Westcott scissors and an array of safety cutters for opening boxes, new Camillus knife placements are planned at large mass market retailers and continued growth of the SmartCompliance First Aid kits and refills with industrial users.

As a result, the Company foresees approximately $140 to $143 million in sales, and $1.41 to $1.50 earnings per share in 2019. Consequently, we see no reason why Acme United’s stock price could not return to the mid-20s, levels that it reached when earnings were comparable with the 2019 guidance. Smallcaps Recommendation: BUY.