After La Lydia’s initial 10kW machine order late 2015, it will now be able to double its production capacity of tropical fruit and cheese snack products. The second REV dryer is expected to be installed in Costa Rica in a few weeks.

La Lydia is family-owned and was founded over 70 years ago. It currently cultivates about 700 hectares (1.730 acres ) of agricultural land and is a leading milk producer in Costa Rica. Its fruit is exported to many international markets in the American and European continent. In fact, La Lydia is a global leader in producing and exporting golden pineapples under the brands YAZ and SWITI. In addition, management members of La Lydia also lead one of the largest dairy co-operatives in Central America.

We understand that the Costa Rican company will initially launch dried pineapple products, but that it also has plans for cheese snacks and vegetables. It obtained geographic exclusivity from EnWave to produce these REV dried products in Costa Rica, Nicaragua, Honduras, Panama, El Salvador, the Dominican Republic, Belize and Guatemala.

What’s very interesting, is that the original agreement between EnWave and La Lydia stipulates that in order for the latter to retain its geographic and product exclusivity, it has to submit a purchase order for a 100kW, or more, REV machine within one year of the start-up of the initial 10kW commercial unit.

Knowing that the initial unit was installed in the summer of 2016, we could see another purchase order from La Lydia for a 100kW machine shortly.

La Lydia apparently decided to purchase a 10kW machine instead of a large machine immediately, due to the fact that EnWave could deliver a 10kW unit for rapid deployment, while a 100kW unit would take several months to construct. Maybe La Lydia’s existing 10kW dryer wasn’t sufficient to produce enough quantity to enter the market and the company didn’t want to wait to launch its products.

Basically, this could be an intermediary step to double production now, while they prepare for the 100kW machine expansion in the future. 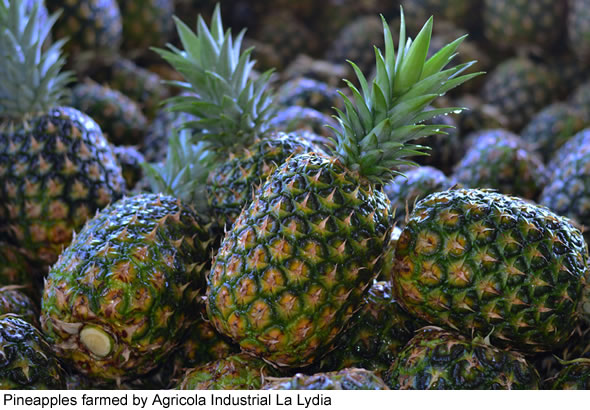 In other news, EnWave continues to file for and receive patents in multiple jurisdictions all over the world. The past two years, it received no less than 43 new patents that protect the Company’s technology and its processes.

And it doesn’t stop there. The past few weeks, EnWave filed for several more patents. For example, it filed a patent application claim for a method to make dried puffed dehydrated food products that are starch-based. The patent application covers the production of vacuum-microwave dried formulations that combine a starch with either fruit purees, vegetable purees, meat emulsions, dairy products and/or any other food material.

When a starch component is mixed with a liquid or slurry food product, it gives the product enough structure so that when it’s REV dried it becomes very porous and crunchy. EnWave already developed many different formulations in this category so that for example, yoghurt can be dried and shaped into attractive forms.

This opens the door to unique snacking innovations that aren’t available yet. As it’s in the process of being patented, we wouldn’t be surprises if EnWave is already in contact with potential partners to start producing these snacks in a completely new product category.

Another interesting patent application was filed to protect methods that use vacuum-microwave technology to produce dried products that are extremely porous. These methods enable EnWave’s REV machinery to create dry products that mimic the textures presented by freeze dried offerings. The important advantage being that REV can dry these products at a fraction of the cost compared with freeze drying. Consequently, this new REV drying technique is a direct competitor to regular freeze drying product lines.

In order for La Lydia to retain its geographic and product exclusivity, it has to submit a purchase order for a 100kW or more REV dryer within a few months. With each additional REV unit becoming operational, the minimum quarterly royalties, which vary between three and five percent of the wholesale value of each product, are increased proportional to the size of the machine.

Because La Lydia is a worldwide supplier of pineapple products, and as such has connections with distributors all over the world, we suspect that it already has distribution lined up for its REV dried pineapple product.