The property is located only one kilometer west of the former Normetal Mine, which was one of the largest polymetallic (Cu, Zn, Ag, Au) deposits in Quebec, and which is also owned by Globex. The Normetmar and Normetal Mines are 100% owned by Globex and are covered by 10 claims with a 10% interest in an additional adjoining 30 claims forming one large mine package of 40 claims totalling 1,337 ha.

Globex will immediately start to recompile all the old data from both properties in order to locate targets for potential near surface drilling this summer.

Available records indicate that past production was primarily focused on retrieving high grade copper reserves. It appears that only Cu-rich or mixed Cu-Zn zones were mined due to the availability of smelting facilities at Rouyn-Noranda. In addition, the zinc price was far from what it is today. When the mine commenced production, zinc was trading at approximately US$0.065/lb only reaching prices over US$0.20/lb in the last 2 years of production. Consequently, Globex believes there may be zinc potential to be evaluated and developed at the Normetal mine.

Upcoming work at Normetal will focus on the potentially unmined zinc and copper mineralization located in other areas of the property that the previous owners may not have adequately test. The program will also investigate how many tons of mineralized ore are left in the crown pillar of the Normetal mine. 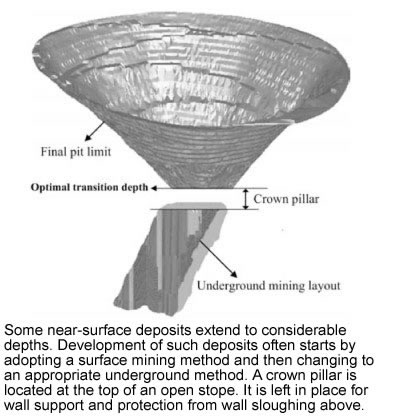 Previous drilling, in 1987, into the Normetal Mine crown pillar returned the following results in three drill holes which indicate a high-grade pillar.

Thanks to the close proximity of the Normetmar property to the massive Normetal mine, hopes are high that a minable deposit may be discovered on it.

In 1988, Exploration Minière Normetal Inc. also conducted a drill program at Normetmar within the first 145 m from surface. As a result of the program, it reported 160,748 t of probable and possible ore down to a vertical depth of 145 m.

Now that Globex owns the Normetmar and Normetal properties, it can start to compile and study all the available data in order to identify potential drill targets.

Based on those results the Company will find out if there’s still enough mineralization remaining at the Normetal property and crown pillar for it to be economically mined. Furthermore, it will try to expand the Normetmar ore zone.

Of course, another possibility is that a third party, interested in advanced zinc exploration projects with potential for production, options the properties. Recommendation BUY