Total revenue in the second quarter of 2015 increased 94% to $12.5 million, compared to $6.4 million in the same year-ago quarter. The increase was primarily due to revenue from The Fresh Diet, which was acquired on August 15, 2014, and contributed approximately $4.9 million in sales during the quarter. On a sequential basis, revenue in this segment was up 6%. Revenue from the Direct-to-Chef specialty food business increased 18% to $7.6 million compared to the year-ago quarter.

In the professional foodservice channel, Innovative Food Holdings’ platform manages the nationwide sales, sourcing and procurement, logistics, customer service and distribution of over 7,000 specialty food products. Many of Innovative Food Holdings’ products are used on a daily basis by some of the approximately 40,000 leading professional chefs across the United States. Customers include restaurants, hotels, country clubs, national chain accounts, casinos, hospitals and catering houses.

And in the direct to consumer channel, The Fresh Diet is the nationwide leader in freshly prepared gourmet meals delivered directly from kitchen to consumer doorsteps in 12 states, 44 metropolitan areas and over 570 cities and towns across the United States.

To put things in perspective, during the second quarter, the Company delivered approximately 800,000 freshly prepared meals and snacks to customers nationwide.

Selling, general and administrative expenses increased to $5.6 million in the second quarter compared to $1.3 million in the year ago quarter primarily due to the acquisition of The Fresh Diet.

Sam Klepfish, Chief Executive Officer of Innovative Food Holdings, commented: “Throughout 2015, we will remain focused on growing The Fresh Diet brand and The Fresh Diet’s leading market share in the fresh delivered health and wellness category, with a key focus on reaching profitability.”

During the quarter, The Fresh Diet launched the Fresh Diet @ Work program, which was created for busy people who want to meet their health and diet goals through better nutrition and a healthier lifestyle.

Through the Fresh Diet @ Work program, companies can partner with The Fresh Diet to offer their employees a daily, healthy and convenient chef-made, fresh food solution of three meals and two snacks delivered directly to employees. 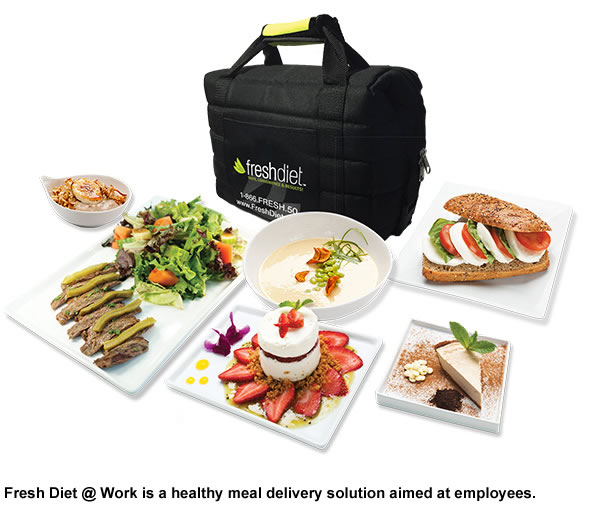 Customizable meals according to personalized dietary tastes and needs can simply be ordered online and delivered to the consumer’s home or office.
Marlene Rodriguez, wellness program manager with Bayview Asset Management, The Fresh Diet’s first beta corporate partner, commented, “We found that most of our employees wanted to learn more about how to incorporate healthy eating into their very busy work schedules and many voiced that they didn’t have access to healthy foods. With the launch of The Fresh Diet @ Work program, we can offer a healthy, fresh eating solution which aligns with our company’s wellness goals and provides our employees the access to healthy, delicious food with full convenience.”

Artisan Specialty Foods, a wholly owned subsidiary of Innovative Food, recently acquired a new 28,000 sf. distribution facility in Broadview, Illinois that more than doubles its distribution capacity. The larger space allows Artisan to introduce a wider array of products that are repacked or private labeled.

Artisan serves hundreds of customers in the Chicago area, and also serves as a nationwide fulfillment center for other Innovative Food Holdings subsidiaries operating in both the foodservice and direct-to-consumer markets. The subsidiary had shown strong growth in recent quarters of approximately 25%.

“Given the strong increase in Artisan’s business during the first quarter and the overall strength in the specialty ingredient market, we needed a much larger distribution facility to support our growth,” noted Justin Wiernasz, president of Innovative Food Holdings. “Beyond alleviating space constraints, the new facility allows us to execute our core competency of building new specialty food platforms, like private label. The facility’s increased capacity also helps us eliminate third-party storage costs, which should go straight to the bottom line.”

In addition, the Company achieved positive cash EBITDA in the second quarter, which is ahead of its own internal expectations. A solid performance!