Starbucks has just confirmed that is will continue to offer Moon Cheese in 3,400 of its stores after the initial 16-week long trial period that it initiated mid-July. It was clear from the many reorders that NutraDried received from Starbucks, after less than five weeks into the trial, that sales of the dried cheese snacks were outstanding.

Remember that Moon Cheese is part of a snack selection at Starbucks in the United States. The standard 2oz cheese packs are promoted in-store during the first nine weeks of the program, while the following seven weeks will be used to collect sales data and to determine whether the product can sell without extra promotion.

Apparently sales are going so well that Starbucks immediately decided to extend the availability of Moon Cheese from the end of October 2015 to the end of this year at a minimum.

Obviously, this is excellent news for EnWave Corporation (TSXV:ENW – $0.98 CAD & OTC:NWVCF – $0.70 USD), as it owns 51% of NutraDried. Before the trial commenced, it was estimated that if 2 packs of Moon Cheese were sold per day in each store, the 16-week trial period would generate $1.52 million in sales at a realistic $2 wholesale price per pack. We’re confident those numbers will soon have to be adjusted upward. 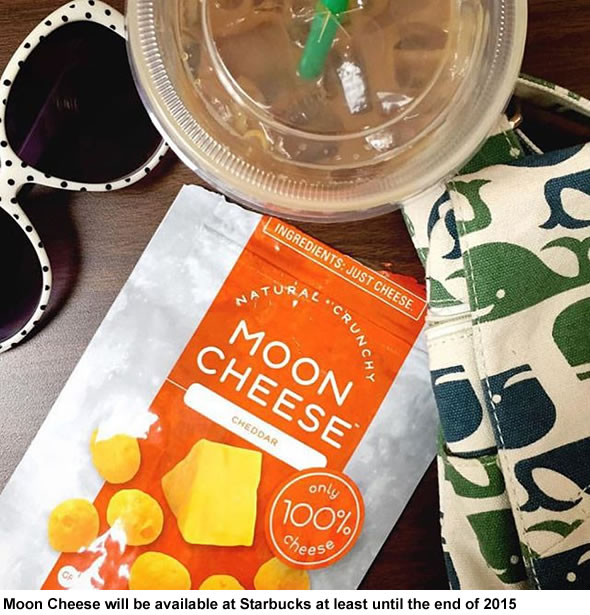 It is evident by the rapidly increasing number of stores in which Moon Cheese is available that North America loves the cheese snacks. Next to Starbucks, Moon Cheese is currently available in approximately 6,000 individual locations in Canada and the U.S.

But how about the rest of the world? We’ll soon find out, as market tests have started at retail chains in Japan and Taiwan. If the outcome of the tests is successful, distribution will be increased and larger purchase orders will be placed.

In an interview with CBC earlier this week, Bonduelle Canada CEO Daniel Vielfaure raved about the many virtues of EnWave’s Radiant Energy Vacuum (REV) dried vegetables.

Mr Vielfaure said, right now, the quality of ”water-heavy’ frozen vegetables when served is not what consumers are expecting to have. Vegetables become mushy because the water in them expands and destroys their molecular structure. But EnWave has the leap on everyone when it comes to the production of dehydrofrozen vegetables.

If Moon Cheese sales keep up at Starbucks, we’re confident that the coffee chain will continue to carry the snacks beyond 2015, and possibly even expand availability to all of 11,100 stores in the U.S.

EnWave is truly a remarkable story. One you don’t come across that often as investor. All the pieces of the puzzle are falling into place. Get on board while the Company’s shares are still dirt cheap and enjoy the ride.