Green Tech Company On The Verge Of Big Breakthrough In Ecuador

When BacTech Environmental Corp (CSE: BAC – $0.02 & US: BCCEF – $0.01 & GER: 0BT1 – €0.01) successfully developed its proprietary bioleach processing circuit and began the drive to commercialize (the technology is already commercial. Has been since our first plant in 1994) this technology the Company was drawn to Ecuador as an ideal jurisdiction. Mining activity is an important component of the domestic economy and a large number of smaller mines have been and still are in operation. However, much of the mineral resources of the area are hosted within arsenopyrite sulphides. The presence of high levels of arsenic from this material impairs the economic operations of these mines, while also presenting the risk of long-term environmental contamination from untreated mine tailings.

Bioleaching offers the potential solution for this serious issue as the process converts the embedded arsenic into a more stable ferric arsenate compound that is safer for long term disposal. The Company initiated discussion in December 2017 with senior levels of government including the Minister of Mining to consider participation with local mining companies in Ecuador. The objective was to establish a processing plant that produces a more efficient and environmentally friendly metal production. 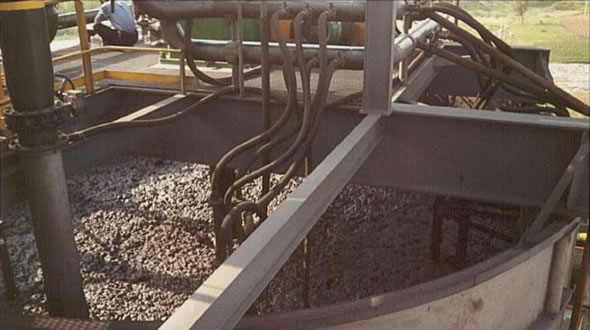 Top of a bioleach reactor in operation

Testing has been ongoing since last year at Laurentian University in Canada for sample material derived from Ecuador mines, including run-of-mine ore, concentrates and tailings. High levels of arsenic content were confirmed in all of the sample material. An astonishing 99% of the arsenic content was stabilized through the bioleach process in the first phase of processing through the test circuit.

A second phase was completed with the objective to establish the recovery efficiency for gold using the process under varying pulp density of the samples. The results are expected shortly.

This year another round of tests will focus on concentrate samples produced from two Ecuadorian mines. This final round of testing will be completed by MSA Labs of Vancouver and will include metallurgical work involving full suite of assay results for 35 different elements. By completing several rounds of testing and engaging an accredited third-party lab facility, BacTech is committed to provide confirmed results that demonstrate the effectiveness of the bioleach process and build a stronger case for commercial operations.

With confirmation in hand from a successful testing regime, BacTech will commence negotiations to begin purchasing steady shipments of concentrate to supply a commercial processing plant. Due to the abilty to process and stabilize arsenic, the Company will be able to offer a higher price per tonne of concentrate to the miners, thereby enhancing the economic benefit for the producing Ecuadorian mines.

The construction of a 40 tonne per day bioleach plant in Ecuador is expected to cost in the range of $10 million. This would be sufficient to serve the needs of several operating mines in the area. Thereafter, the option to scale up to larger capacity or build additional plants may be at hand with many other candidates for this technology in other mining districts of Ecuador and other South American countries.

The development of a BacTech bioleaching plant in Ecuador to treat concentrates domestically would generate a variety of direct and indirect economic benefits for the mining industry. Construction and operation of the plant would bolster employment opportunities for the local community. 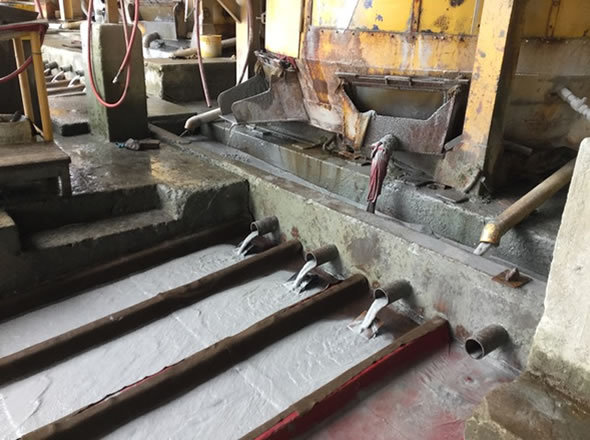 Producing mines will have the opportunity to secure higher revenues due to the increased price that can be paid for their concentrates to supply the plant, instead of shipping to overseas buyers. As with any economic development, the more profitable operations would generate increased taxes payable to local and federal government.

In addition to the direct economic benefits, the sustainable treatment of arsenic waste from concentrates and tailings protects communities from the potential of a legacy of toxic pollution and cleanup costs in the future.

Building further momentum towards a successful startup for this project, BacTech reported that the Company had received a letter of support from the Minister of Environment of Ecuador. In fact, there has also been support expressed by other Ministries in favor of using the proprietary process.

Securing a functional processing option for domestic mines that also dramatically lowers the threat for environmental contamination represents a very attractive solution for the Ecuadorian mining industry. It would allow the mines to generate much higher revenues for their concentrate sales and enhance the economic viability of these operations.

The bioleach plant may also process tailings from past mining to remediate the environmental liabilities of this legacy waste material while recovering payable metals that could generate operating profits to offset the capital costs to build the processing circuit.

Ecuador supports mining activity and the economic benefits that it can provide for the country. The priority is to ensure that ongoing mining may operate under environmentally sound practices. Bioleaching technology provides a framework to achieve these objectives and has therefore earned the endorsement of the Minister of Environment. Meanwhile the support expressed in this letter will help BacTech open new doors to discuss an arrangement with other mining companies and partners in Ecuador.

The severity of potential environmental issues that may persist long after mining activity has ended can no longer be ignored. Many countries like Ecuador have begun to address the toxic legacy remaining from historical mining while enhancing regulatory oversight of current mining regulations. The timing could not be better for a technology that offers a pathway to address these issues and promises improved economic performance for operating mines.

BacTech is advancing test work to demonstrate the economics of its processing circuit and provide data from sample material in confirmation of its effectiveness. The first round of sample material was processed and generated superb results to address arsenic contamination. Quantitative data is pending to document the recovery efficiency for gold. The results of this phase are expected shortly. A final round of confirmation from an independent lab is scheduled to commence this year that is expected to demonstrate the metallurgical performance for the circuit and confirm the previous test results. With positive results in hand the Company anticipates that construction of a bioleach plant in Ecuador could begin shortly thereafter.

It is likely that a successful plant development in Ecuador will create opportunities for further expansion elsewhere in the country. And with similar issues related to arsenopyrite alteration occurring in many other parts of the world, the beachhead in Ecuador may quickly transition to other partnerships in other countries. It should also be noted that a plan to process and remediate tailings is also underway in Canada.

BacTech is well on the way to employing its technology and may soon be in the position to capture an exciting growth curve. This phase often represents the ideal window for investors to participate in a technology story. Considering its current share price and bargain market cap today, BacTech is one of the best penny stocks in Canada for the potential to deliver explosive growth within a short time frame. SmallCaps Recommendation: BUY.