The parties agreed that in return for the royalty, Globex would receive a non-refundable deposit of $250,000 while ELEC would complete a financing. When the deal would later be finalized, another payment of $13 million along with 14.5 million shares of ELEC (at the time of the announcement worth $5 million) would be issued to Globex.

The financing plan envisioned by ELEC to fund the acquisition originally was based on completing a significant equity offering to raise the necessary cash. This week however, Electric Royalties reported that Sprott Resource Streaming and Royalty (Sprott) will issue payment of $13.5 million to ELEC for 75% ownership of the MTM royalty. ELEC believes this deal represents greater value for its shareholders, as it involves less shareholder dilution and still provides leverage to the income stream of the MTM royalty. As a result, ELEC has withdrawn immediate plans for an equity offering. 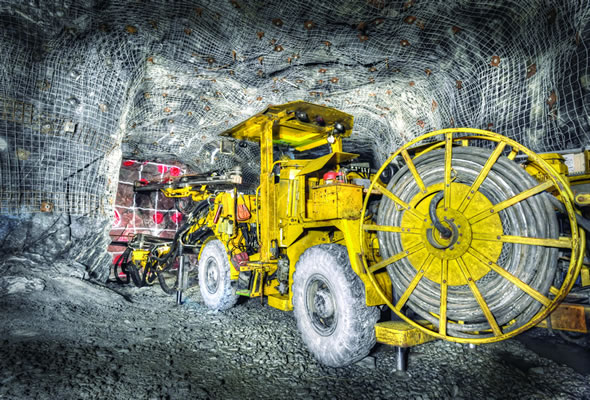 A subsequent result of the agreement between ELEC and Sprott is that the terms of the transaction between ELEC and Globex also had to be revised because the structure of the deal involved a payment to Globex of 14.5 million shares of EV. However since the transaction with Sprott does not involve issuing more shares, the payment in share capital would have resulted in ownership by Globex of more than 20% of the shares of ER. This would then require a vote by ELEC shareholders to ratify the transaction, involving additional delays and uncertainties.

Under the revised agreement terms, Globex will now receive payment of 9 million shares of ELEC plus a further 5.5 million common share purchase warrants that enable Globex to purchase additional shares of ELEC at the exercise price of 60 cents per share. The revised terms include an acceleration clause if the market price of ELEC trades above $1 per share after the 2nd year of the transaction, and above $1.50 following the 3rd year of the transaction.

The decision to revise the terms is thus an elegant solution to keep the deal on track. Globex is also to receive an additional $500,000 in cash under the revised terms, bringing the total cash payment for the deal up to $13.75 million, of which $250,000 has already been paid. The closing date of the transaction has been extended a further 21 days to secure the required approvals and complete legal documents.

Recent events at another project have also established the potential for significant Globex shareholder value creation related to a royalty. Vanadium One Iron Corp. (VONE) reported an update on progress to advance the Mont Sorcier project. Globex retains a 1% Gross Metal Royalty (GMR) on any future iron production achieved at Mont Sorcier.

The growth in the defined deposit is just the latest positive factor supporting the advancement of Mont Sorcier. Remember that Vanadium One, earlier this month, reported arranging a deal with a subsidiary of Glencore. The companies have entered into a long term Finance Raising Assistance Agreement to support Vanadium One in pursuit of up to $10 million in project financing. This money will contribute towards completion of a Bankable Feasibility Study for the property. In addition, a separate Concentrate Offtake Agreement was also established. The terms of this deal grant Glencore a life-of-mine offtake commitment for Mont Sorcier if certain conditions are achieved.

Vanadium One envisions life-of-mine production of 313Mt of magnetite concentrate with a grade of 64% iron and 0.6% vanadium pentoxide as currently planned. This in turn would lead to a significant revenue stream for the GMRs held in perpetuity on the project. Globex could earn royalty payments estimated at $5-6 million annually from the operation. Chibougamau Independent Mines (CBG) would also benefit through its 2% GMR, generating an estimated $10-12 million in revenue per year.

Globex is already a significant shareholder of ER. Following a successful conclusion to the MTM transaction, Globex will control even greater ownership of its partner. The adjustment to the transaction terms are deemed beneficial for all shareholders of ELEC and therefore represent greater value for Globex as well. The value of Globex shares has increased by 40% since the transaction was originally reported. This is very likely driven by the positive updates and advances achieved by partner companies. The market value of ELEC has also increased, an indication of market support for the transaction. It is one of the elusive win-win deals that create benefits for both partners.

The value of the Globex royalty portfolio is also demonstrated through the recent activity at Mont Sorcier. As expected, Vanadium One has been successful to complete exploration and expand on the magnetite resource for the project. Advancement of Mont Sorcier builds the potential for development of a producing mine. Thereafter the prospect of a recurring revenue stream from the GMRs creates another value proposition for Globex and CBG. Of note, shares of CBG have also doubled in value in anticipation of this decision.

There are many positive catalysts now in play that support a higher share price for Globex. The Company is fully leveraged to this ongoing resource bull market with one of the most diverse portfolios of attractive projects in the junior mining sector. Globex will also be fully funded with over $27,500,000 in working capital after the closing of the MTM royalty deal. Moreover, management disclosed that they are working on other property deals. Smallcaps Recommendation: BUY.