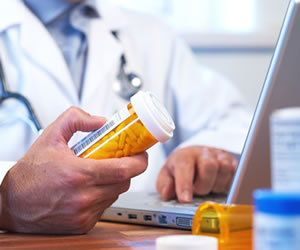 Pharmacy Management is the main driver behind Comprehensive Care's success. The Company is convinced it can substantially reduce costs in this segment, benefiting both clients and itself.

In the second quarter, ended June 30, 2012, the Company earned $1.6 million while losing almost $4 million in the comparable quarter last year. Revenues for the quarter reached $18.2 million, compared with $18.6 million in the same period of 2011, or a slight decrease of less than 2%.

Several new profitable contracts in the behavioral healthcare segment, a strict cost containment program and a contract amendment with a major Puerto Rican client all contributed to this substantial improvement.

Additionally, the Company’s recently launched innovative pharmacy cost containment program, which is able to reduce pharmacy costs for its healthcare customers by up to 10%, is expected to start generating revenues in a few months. Considerable growth is expected from this program in the following years.

After seeing CompCare’s first quarter results late May, it was clear the Company was going to focus on digesting its growth from the past few years and returning to profitability. That’s exactly what is happening.

Especially the three items below contributed to this solid achievement.

To spot trends in Comprehensive Care’s business, it’s important to look at each segment’s revenue.

Revenue from ASO contracts increased by 13.9%, or approximately $0.1 million, to $0.9 million for the three months ended June 30, 2012, primarily consisting of additional revenue from the expansion of business of previously existing ASO customers.

It’s clear that Pharmacy Management more and more becomes the driver behind the Company’s success. This is also the road CompCare intents to pursue as it’s convinced it can substantially reduce costs in this segment, benefiting both clients and itself.

CompCare has even developed a new Pharmacy Management Program in alliance with PBMs, which allows health plan clients access to the lowest possible prices for both branded and generic drugs. The Program effectively reigns-in the rising costs of drugs for health plans and is offered on a capitated full-risk basis, whereby CompCare guarantees its health plan partner substantial savings. To date, CompCare has signed three new contracts for the Pharmacy Management Program with several others in the pipeline.

Additionally, none of the profits thus far realized reflect the Company’s newly-designed, at-risk Pharmacy Management Program which has the added feature of being specifically designed to reduce the Company’s clients’ pharmacy spend by as much as 10%. The Company is looking to realize profits from this program starting in Q1 of next year.

It’s also important to note that no taxes are due on any profits in the foreseeable future because of the Company’s net operating loss carry forward of approximately $38 million.

Thus far, all of the Company’s substantial growth over the past two years has been organic in nature. However, knowing CompCare’s management aggressive growth strategy, it should not be a surprise if they started searching for some nice acquisitions now that the Company has increased its financial strength.