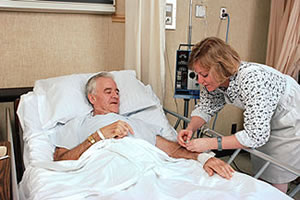 After CompCare takes over a Care Management program, the number of inpatient days per member on average decline from 11.12 to 1.02, resulting in cost savings of $10,131 per member.

After increasing the Company’s sales fivefold between 2009 and 2011, CompCare’s management team is now taking the time to digest this growth to return to profitability. As a result, the trend of higher earnings, coupled with more-or-less equal revenues, may be seen the remainder of the year.

Since the current management team took a controlling position in CompCare, it has built the foundation to substantially grow the Company. In less than 2 years, management got rid of money-loosing contracts, renewed the IT infrastructure, streamlined operations and started offering their services in 46 U.S. states, the District of Columbia and Puerto Rico, versus only a handful in 2009.

The service provider network was expanded from 10,000 healthcare participants in 25 states to 35,000 providers in 46 states, Puerto Rico and the District of Columbia. The Company also hired more personnel, including some top level management executives, to handle the expected growth. This growth showed for the first time in 2010, when revenues increased to $35.2 million, up from $14.2 million the previous year. And in 2011, they again were able to double revenues to $71 million.

Late 2011, management decided that after increasing sales, it was time to become profitable. That was immediately achieved in the first quarter of 2012, in part, thanks to severe cost containment. General and administrative costs, for example, decreased to $515,000 in the first quarter of 2012, compared to $1,161,000 in the same period in 2011. Costs are most likely to be reduced even further the following quarters.

With its Managed Behavioral Healthcare service, CompCare ensures members of a health plan that they are matched to the most appropriate behavioral healthcare provider when they call for routine/non-urgent care. This is accomplished through a systematic triage process that obtains enough information to screen for specific clinical need(s) and potential risk, to identify provider requested or required specialty, and to refer to the appropriate provider. These services are essential to contain healthcare costs.

Revenues from ASO agreements increased by 16.4%, or approximately $0.1 million, to $0.8 million for the three months ended March 31, 2012, due primarily to additional revenue from the expansion of business of previously existing ASO customers.

CompCare’s Behavioral Pharmacy Management service is designed to alleviate two common problems. The first one is the lack of coordination that often occurs when multiple physicians prescribe medications to a member and neglect to communicate with each other. Secondly, the program addresses the frequent prescription of medications outside of recommended guidelines.

CompCare’s management delivers on its promises. The past couple of years, they’ve managed to significantly increase the Company’s revenues. Now they’ve turned their attention to becoming profitable, and they’re succeeding again.

We expect Comprehensive Care in 2012 to focus on digesting its 2011 growth and returning to profitability. At the same time, we foresee substantial growth in the following years thanks to a Pharmacy Management Program, which CompCare recently launched in cooperation with the largest retailer in the US. When you want to learn more about this innovative Pharmacy Management Program, make sure to read our initial Company Report on Comprehensive Care. We reiterate our buy recommendation with a price target of $0.40, which is double today’s stock price.