What a year for Acme United (ACU – $23.22). The worldwide supplier of cutting devices, measuring instruments and first-aid products for school, home, office, industrial and hardware use, achieved record sales for the 9th consecutive year. Net sales for the year ended December 31, 2019 were $142.5 million, compared to $137.3 million in 2018, an increase of 4%.

Acme largely owes its growth to its first aid division. The First Aid Only brand introduced the next generation of SmartCompliance first aid cabinets, which gained traction thanks to their convenient automatic replenishment system. In addition, every time the Company places a new SmartCompliance unit, the SafetyHub app is capturing an increasing percentage of the refill business.

As more and more companies understand that they need to become, and stay, OSHA compliant, and can do so at a fraction of the cost of the “old” van delivery model, the choice is obvious. In 2019, SmartCompliance gained major distribution in the energy, industrial, food, retail markets. 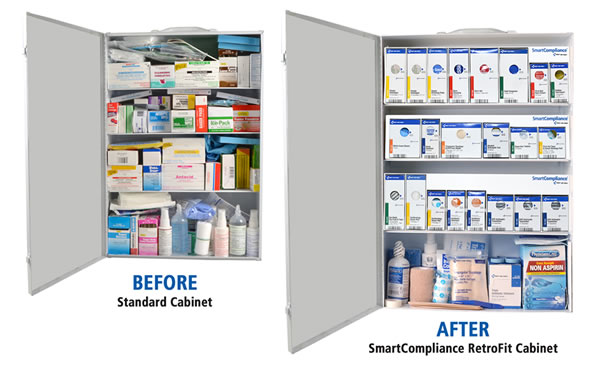 Also Camillus knives continued to gain market share in the U.S. and Canada. The Westcott glue guns gained distribution in the craft and mass markets, while the brand’s ceramic cutters were successfully sold to major distribution centers.

Corona Could Become An… Opportunity

With parts of China under lockdown in an effort to contain the Coronavirus, exports have slowed dramatically from the country. As a result, inventory levels for many products might become under pressure. In addition, developing a supply chain response in the short term is extremely challenging.

Contrary to most other companies though, this sad situation might pose an opportunity for upside for Acme United.

First of all, Acme United has a large enough inventory to supply its existing and new clients – which may not be able to get products from their usual supplier. Undoubtedly, some of these new customers will continue to re-order at Acme even when their former supplier has stocked its inventory again.

Another positive given for Acme is that it has a diversified supply base. Currently, Acme sources products from manufacturers in countries such as Egypt, Italy, and Colombia.

Finally, domestic sourcing is gaining importance for the Company, as it purchased no less than four US based manufacturers since 2011. In 2011, Acme acquired Pac-Kit Safety Equipment Company in Norwalk, Connecticut. In 2014, it purchased First Aid Only in Vancouver, Washington. In 2016, the Company bought Diamond Machining Technology (DMT), which is located in Marlborough, Massachusetts. And early 2017, Spill Magic was acquired, which has facilities in Santa Ana, California and Smyrna, TN.

This way, the Company has strategically diversified its portfolio of sourcing the past few years, while reducing its reliance on China.

Acme United reports financial information on three separate business segments: the United States (including Asia), Canada and Europe. Exact revenues per segment for 2019 will be available in the 10-K report, which will be filed in a few days. However, Acme announced for each segment the percentage by which revenues increased or decreased compared with last year. Based on those numbers, we provided the following estimate.

Net sales in Canada for the quarter ended December 31, 2019 decreased 4% in both U.S. dollars and local currency compared to the prior-year period. Net sales for the year ended December 31, 2019 decreased 5% in U.S. dollars and 3% in local currency compared to the same period in 2018. The sales decline was especially due to weakness in the office channel.

Acme now has $20 million in access borrowing capacity, enabling the Company to continue to finance its growth and make accretive acquisitions.

Chairman and CEO Walter C. Johnsen said, “With our continuing sales momentum in first aid and safety products, expanded line of Westcott cutting tools, increased capacity at DMT, and contributions from our recent acquisition of First Aid Central, we believe we are well positioned for growth in 2020.” Smallcaps Recommendation: BUY.