EnWave Corporation (CA:ENW – $0.98 & US:NWVCF – $0.73 & GER:E4U – €0.65) this week reported its first quarter financial results for the three months ended December 31, 2019. Certain data points are closely monitored and considered the benchmark of performance for any listed company. However, it is also wise to interpret the entire picture to determine if indeed a company is headed in the right direction.

As an emerging technology story that remains very early in the growth curve, EnWave must anticipate future spending requirements and respond quickly. This can distort the financial picture on a short-term basis. All data therefore should be taken in context along with the evolution of the Company. 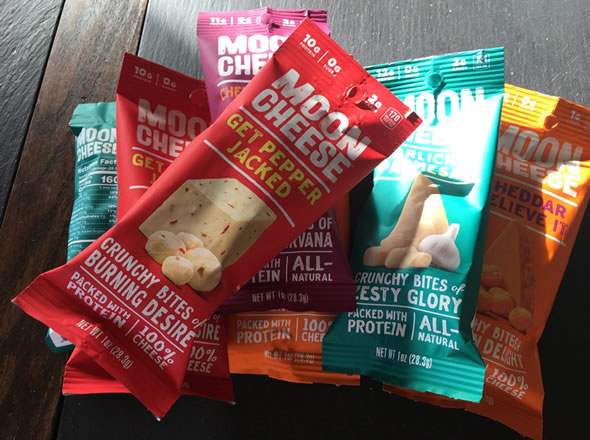 Perhaps the mostly widely followed barometer of financial performance for any period of time is the bottom line. In Q1 of fiscal year 2020, EnWave reported a net loss after taxes of $1,426,000 representing (0.01) per share. This compares with a net loss of just $15,000 in the same quarter of 2019 and roughly breakeven on a per share basis.

Breaking down the numbers further, EnWave reported operating expenses of $4,236,000 for the latest quarter, which was an increase of 83% above the $2,315,000 from 2019. The significant increase in expenses accounts for the majority of the additional loss accrued during the most recent quarter. And digging down further into the numbers, the cost of sales nearly doubled. Given that the Company has posted record sales through 2019, and continued to present additional sales breakthroughs early into this new fiscal year, that additional spending appears to have been wisely allocated.

Meanwhile, EnWave also updated that its balance sheet remains debt free during the quarter. A net working capital surplus of $25,093,000 at the end of the quarter stands out as a notable indication of financial security going forward.

The restructuring of NutraDried Foods continues to impact the short term financial results. Recall that EnWave opted to reposition the wholly owned subsidiary to operate more independently from the parent Company. This decision led to significant non-recurring charges and expenses. Additional management personnel was recruited, and the sales and marketing team was strengthened as part of the longer term growth plan for the unit.

As part of the marketing initiative, Moon Cheese was relaunched as a premium branded snack food. Additional flavor choices have been developed to build greater appeal. The product packaging has been customized to better align with distribution and sales channels. New package sizes have been created, including 10oz, 2oz and 1oz portions.

All of these decisions are projected to build sales and increase the profitability of the business unit. However these measures also lead to higher costs of sales on the short term as they are being implemented. As noted above, the Sales and Marketing expenses increased to $1,943,000 for the quarter, as compared to $976,000 during Q1 of 2019. Much of this increase was included within the transition for the NutraDried subsidiary company.

Costs associated with the design of a new website and the recruitment of a Chief Marketing Officer represented non-recurring charges. Accounting for these strategic expenses in the quarter they are realized has the effect to distort the short term consolidated financial data. However, these necessary expenses are an investment in the future. The foundation for the Company to sustain the rapid growth plan is created through these prudent strategic spending initiatives.

The business model for EnWave is based upon the widespread adoption of REV processing within multiple industries and sectors, across an international base of corporate partners. Each new machine unit sale, and each new royalty partnership agreement, is therefore a step forward towards that objective. The performance of the sales team is perhaps the most important indication for the overall strength of the Company.

EnWave set a new record for equipment sales in the 2019 fiscal year. Through the first quarter of 2020 the pipeline remains very strong for the worldwide expansion of REV technology. Six new royalty-bearing license agreements were signed in Q1 2020 through to today. International partnerships were achieved in South America, Australia, Asia and Europe.

The royalty revenue, excluding NutraDried, for Q1 2020 was $402,000 compared to $251,000 for Q1 2019, a healthy increase of $151,000. This is a sign of growing success among EnWave’s royalty licenses and expansion of REV products in the marketplace. This trend of growth will continue as the Company installs more REV machines and signs more royalty-bearing licenses on a global basis.

The roster of royalty partners continues to expand across multiple sectors as more applications are developed for REV processing. The Cannabis sector remains one of the fastest growing channels. Inroads are also made within the hemp subsector and for drying flowers prior to processing CBD oil.

Food processing is another important growth sector for EnWave. During the quarter the Company established partnerships with a snack food manufacturer in Colombia, a specialty food ingredients processor based in Iceland, and a dairy producer based in Australia.

The international diversification, across multiple industries and sectors, establishes a more stable platform of royalty income. This in turn builds greater resilience to cyclical slowdowns that may occur periodically within specific regions or economic sectors.

Many of the core partnerships are subject to very strong growth potential. These companies have developed new products using REV technology, often that are early in the rollout phase as well. The rapid growth for the Moon Cheese snack line through NutraDried is a template for the potential increase in royalties that may ultimately be achieved through the various agreements in place.

This quarterly snapshot of the financial status for EnWave highlights the investment towards future objectives for the Company. In the midst of a technology rollout, investors should be encouraged by the steady climb in sales and royalties. This is expected to continue.

The NutraDried subsidiary contributed lower revenues during the first quarter of 2020. The Company reported that Moon Cheese sales were down in the quarter as previously sold inventory held at distribution channels was backlogged. This excess inventory is expected to be resolved and sales momentum restored, as the new marketing strategy gains traction.

Taken as a whole, the first quarter results document a remarkably balanced platform to position EnWave for the next phase of growth. The Company achieved numerous important strategic objectives while consolidating the transition launched late last year. The recruitment of talented personnel is adding strength to the sales and marketing team. Investments to expand manufacturing capacity and bolster R&D priorities are also positioning EnWave to increase unit sales.

Steady sales growth is the confirmation for the successful rollout strategy employed by EnWave. This in turn is supported through the forward-looking corporate investments reported each quarter. Sales growth continues and royalty revenues increase with every new partnership agreement. EnWave is on track to deliver another breakout year and the first quarter results provide indication of the positive trend.