The first aid and safety business saw strong growth, as it landed a large industrial distributor in the United States, added a large new customer in the food service segment, and achieved strong ecommerce sales.

The Westcott brand was also a solid contributor to the first quarter results, thanks to strong online market share gains, primarily in the scissors category. In addition, the Clauss, Camillus and Cuda product lines recorded record sales

Good to note, is that Acme United’s organic growth during the first quarter, excluding the acquisition of Spill Magic in February 2017, was 12%. Spill Magic sales increased during Q1, thanks to new orders from a large supermarket and food chain, new industrial and office distribution, and expanded office retailer presence. Spill Magic ecommerce sales will start in the coming quarter.

Gross margin was 38.2% in the first quarter of 2018 versus 38.1% in the comparable period last year. This is an exceptional achievement! Remember that gross margin in the previous quarter was only 35.2%, partly due to higher costs to adapt the Company’s warehouse to higher online sales.

These measures are now paying off. The speed, accuracy, and cost of deliveries in the warehouse have improved. New software modules were installed to increase the efficiencies of the pick line and the Company built a mezzanine level to store the high volume products closer to the point of shipping.

Walter Johnsen, the Chairman and CEO of Acme United, provided financial guidance for 2018 of approximately $140 million in revenues, $5.7 million in net income, and $1.53 earnings per share. This compares to sales of $130.6 million, non-GAAP net income of $5.3 million and earnings per share of $1.42 for 2017. Although Mr. Johnsen mentioned during yesterday’s conference call that these are fairly conservative estimates, the numbers do imply solid growth over last year!

Segments Running on All Cylinders

Exact revenues per segment for the first quarter of 2018 will be available in the Company’s 10-Q, which will be filed mid-May. However, Acme announced for each segment the percentage by which revenues increased or decreased compared with last year. Based on those numbers, we provided the following estimate.

Net sales in the U.S. segment increased 13% in the first quarter of 2018 compared to the same period in 2017. Growth was especially driven by market share gains in first aid and safety, growth in Westcott office scissors, and strong performance from the Camillus, DMT, and Cuda knives and sharpening tools.

In Canada, net sales increased 12% in U.S. dollars and 8% in local currency compared to the same period in 2017. The sales increase was mainly due to gains in the school and office channel and higher sales of Camillus knives.

Net sales in Europe increased an impressive 27% in U.S. dollars and 10% in local currency compared to the first quarter of 2017, thanks to increased sales in the office products channel, Cuda fishing tools, Camillus knives, DMT sharpeners, and strong e-commerce demand for these products.

The newly introduced Tax Cuts and Jobs Act under the Trump administration allows US companies a one-time repatriation of untaxed foreign held earnings at a reduced tax rate. Acme United had approximately $9.3 million in cash held offshore at the end of 2017. As a result of the favorable tax treatment of such funds, the Company repatriated approximately $5.8 million in the first quarter of 2018.

The repatriated funds were used to partially pay down the Company’s revolving line of credit. Consequently, if Acme finds a new attractive acquisition target, it again can use its line of credit to help pay for that business. In addition, the funds were used to finance the expanded production initiatives at the DMT, Spill Magic, and first aid facilities in the United States.

Acme United is clearly back on track and has paved the way for an outstanding 2018.

Online sales continue to boost Acme’s sales and earnings. In particular, the first aid area and the Westcott business are performing strong online. This is expected to continue in 2018, as increased online demand is foreseen in both the United States and Europe.

First aid, in fact, continues to be one of Acme United’s growth drivers. The SmartCompliance business, for example, is a big success. This is a typical razor/razorblade sales model, as Acme United initially benefits from the placement of the first aid kits, and then as people use the components, there’s a strong resale business. In fact, revenues from refills about equal sales of the kits. 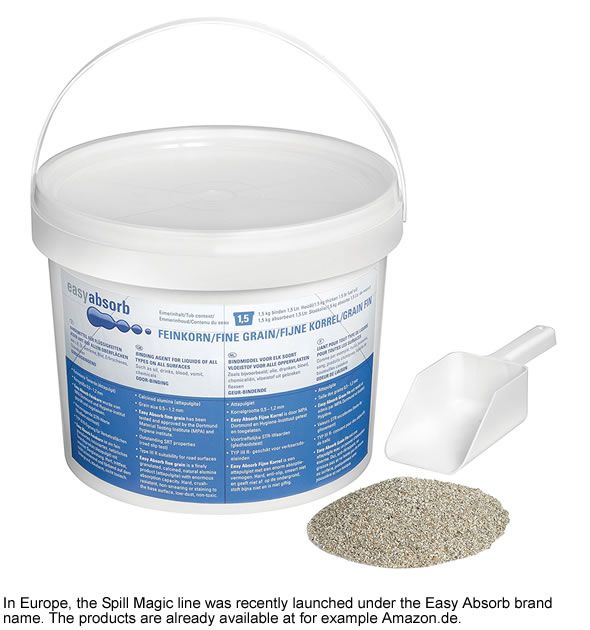 Acme’s strategy to refill the kits through the internet is contrary to service people in delivery vans who will typically go into different locations to fill the first aid kits and then come back on a regular basis. The latter is obviously a time consuming and very expensive model, as the cost of the individual sales staff, the truck, the employee, and benefits have to be taken into account. Consequently, Acme United is gaining share in this $600 million market segment.

Since the acquisition of Spill Magic in February 2017, the products were placed at major new mass market accounts, industrial and safety products distributors, online customers, and into the office products market. In Europe, the Spill Magic line was recently launched under the Easy Absorb brand name. Further growth is expected in 2018.

Also the DMT, Camillus, and Cuda businesses continue to grow both in the U.S. and abroad, with solid margins.

Growth in margins in very significant as it reflects successful management of ecommerce warehousing and shipping. Acme United has done an outstanding job to swiftly correct the issues at its warehouse. It increased the accuracy of product dimensions and weight, and moved fast moving items closer to the shipping location. In addition, Acme started shipping its packages with US Postal, a low-cost shipper. All of this was reflected in distribution and warehouse costs that were under control

Walter C. Johnsen, Chairman and CEO concluded, “This was a strong start for 2018, and we have many plans to continue introducing new products and applications that leverage our proprietary technologies, our diverse customer base and our global reach.”

In light of the excellent first quarter results, we had expected the stock price to jump. Instead it declined 25 cents, presenting investors an outstanding opportunity to pick up some shares at bargain prices. Recommendation: BUY.