Acme United (ACU – $23.89), the worldwide supplier of cutting devices, measuring instruments and first-aid products for school, home, office, industrial and hardware use announced that sales for the second quarter ended June 30, 2020, reached $44.0 million, an increase of 9% compared with sales of $40.2 million in the second quarter of 2019.

First Aid Central (FAC), which was acquired by Acme in January of 2020, contributed about US$1.1 million to second quarter revenues. FAC, which is based in Laval, Canada, expanded Acme‘s ability to provide safety products which meet Health Canada regulations through the Company’s existing Canadian customer base as well as its large multinational customers.

Similar to Acme’s first quarter results, Q2 also benefitted from sales of first aid and safety products due to market share gains and a surge of approximately $1.5 million of sales of COVID-related supplies. 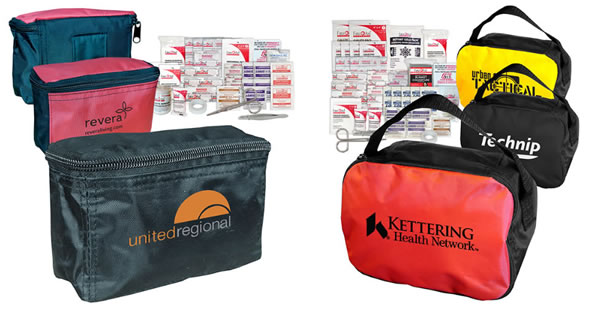 Some of the first aid kits being sold by First Aid Central.

Chairman and CEO Walter C. Johnsen said, “This was a very difficult quarter that ended with good results. We benefited from the diversification during the past 5 years of our customer base and product lines. I am incredibly proud of our team. They are working under difficult conditions with a sense of purpose, and delivering results.”

Net sales for the second quarter and the first six months of 2020 in the U.S. segment increased 10% compared to the same periods in 2019 again thanks to strong first aid sales.

Net sales in Canada, excluding First Aid Central products, for the second quarter of 2020 declined 44% in U.S. dollars and 42% in local currency compared to the same period in 2019. Net sales for the six months ended June 30, 2020 decreased 27% in U.S. dollars and 25% local currency compared to the first half of 2019. These decreases reflected declines in sales of office products due to office and store closings as a result of COVID-19.

The Company’s debt less cash on June 30, 2020 was $37.3 million compared to $41.0 million on June 30, 2019. During the twelve-month period ended June 30, 2020, the Company paid approximately $2.1 million for the acquisition of the assets of First Aid Central, distributed $1.6 million in dividends on its common stock, and generated $9 million in free cash flow.

It is especially noteworthy that Acme was able to increase its cash position by more than $3 million, while at the same time also increase its inventories by almost $5 million. An impressive achievement!

Also note that Acme received a loan of $3.5 million from the Paycheck Protection Program during the second quarter of 2020. These proceeds were applied to payroll expenses. The loan enhanced the Company’s ability to maintain its entire payroll during uncertain times.

Despite all the COVID-19 issues , Acme United achieved a solid second quarter. The Company’s extensive first aid line, was of course the major contributor to this success. The SmartCompliance business, for example, is becoming a bigger success every day. This is a typical razor/razorblade sales model, as Acme initially benefits from the placement of the first aid kits, and then as people use the components, there’s a strong resale business. In fact, revenues from refills about equal sales of the kits.

In addition, Camillus knives and also DMT continue to outperform. The diamond sharpener brand has expanded its production capacity in recent quarters and is running at full capacity.

Moreover, Acme has a solid balance sheet with over $14 million additional borrowing capacity under its $50 million line of credit with HSBC Bank.

Because COVID-19 will play an important role the coming quarters, we expect Acme’s first aid sales to continue to outperform. Smallcaps Recommendation: BUY.