This week, Tecogen Inc (US: TGEN – $3.40 & GER: 2T1 – €2.88) announced a new contract awarded by a Southern California water district. The contract is for the design and manufacture of two Ultera emission after-treatment units. The Ulteras will be installed on two new 800-horsepower Caterpillar natural gas engines. This effort will involve an inventive scale-up of nearly twice the size of the largest kits produced by Tecogen to date.

The water utility bears all development costs, and the units are expected to be installed and operating in the early part of 2020. When the systems are operational, the district is planning to contract with the local Caterpillar dealer to maintain the systems.

While this certainly isn’t the biggest contract in Tecogen’s history, the important consideration from this arrangement is that a growing number of manufacturers support the install of the Ultera technology on their engines. In this case, Caterpillar upholds the factory warranty on the engines after the Ultera kits have been installed. This is based on the manufacturer’s trust and confidence in the performance of the Ultera units.

“We are excited to expand our Ultera system product line to accommodate extra-large engines. This should broaden our markets to include higher capacity gensets, CHP, and other engine-powered platforms,” said Benjamin Locke, CEO. 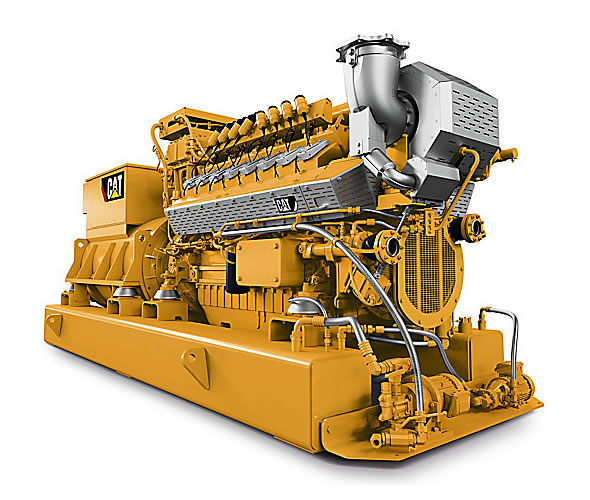 Two 800-horsepower Caterpillar engines will be equipped with an innovative Ultera after-treatment system.

The same Southern California water district has already had very positive experiences with Ultera retrofits in the past. The water district first utilized the Ultera emissions technology on one of its municipal water pumping engines fueled by natural gas.

In 2014, Tecogen was selected by the water district to install its Ultera technology on a 48 liter engine, which would be fueled by biogas.

A byproduct of wastewater treatment plants, biogas is collected as a combustible energy source and then serves as a renewable fuel source for the engine. In this elegant set up, combined with the Ultera system, the functioning of the plant was powered more efficiently and with lower overall emissions than conventional fuel options. It represented the first time that an Ultera system had been used for a biofuel application. The outcome was a big success!

Ultera has achieved 100% compliance with regulatory emissions standards, even in the strictest regions. Combined with low cost and low maintenance requirements, the system operates such that no changes to the existing engine or controls are required.

Caterpillar has embraced the addition of a third-party emissions system to be installed on its engines. The fact that this respected manufacturer has maintained its full warranty coverage for its product line when operating with the Ultera kits speaks volumes.

Don’t forget however that the Ultera technology has been commercially deployed on hundreds of stationary engine systems including Ford, General Motors, Generac, and more recently on a Mistubushi engine to reduce emissions from forklifts.

Next to different brands, Ultera applications are also available for all sorts of engine types. The market for car engine systems, for example, is just one such possibility with enormous growth implications. If the ongoing developments of Ultera for car engines become reality, the incremental sales would be transformative for Tecogen.

The trend towards stricter emissions targets is motivating more consumers and businesses to invest in cleaner technologies. Tecogen is well positioned to capture additional sales momentum as a preferred and trusted supplier in this market. Thanks to the steady sales growth of Tecogen over the past few years, the Company has become one of the most attractive small cap stocks in the United States. SmallCaps Recommendation: BUY.