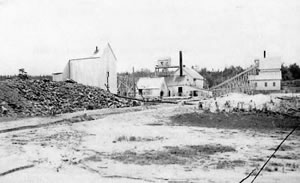 At NSGold Corporation (NSX – $0.27), the right mix of qualities that a junior mining Company has to have in order to make it to the big leagues is present.

First of all, the management team – the most important factor with any small cap Company – has both financing and mining experience.

Secondly, the Company has a 100% interest in several properties in the province of Nova Scotia, Canada. It’s most advanced property is the Mooseland gold property on which there is lots of information and data available from previous owners.

A few days ago, NSGold completed drilling at Mooseland in order to put together a NI 43-101 compliant resource estimation by the end of the first quarter of 2011. Between now and then, drill core analysis will be published as they become available from the lab. If the high-grade estimates from Hecla are confirmed, we will probably see a stock price increase with every announcement.

A third reason why we like NSGold is because the gold at Mooseland can be extracted using gravity circuits, the lowest cost recovery method in the industry. At today’s gold prices, that means gold can be produced at a fraction of its value.

NSGold is not AngloGold Ashanti – the largest gold producer in South Africa. It doesn’t have producing mines and there’s still a lot of work ahead before it will reach that milestone. On the other hand, the potential reward for NSGold shareholders is many times higher.

This is what investing in small cap stocks is all about. You take a bigger risk in order to strike gold. In NSGold’s case, that can be taken literally.

If you haven’t taken an initial position yet, do so now. We also advice to average up when positive grades are announced. Buy recommendation.