Among the suite of property interests held by Globex Mining Enterprises Inc. (TSX: GMX – $0.41 & OTCQX: GLBXF – $0.31 & Fra: G1MN – €0.24), the Braunsdorf silver project located in the state of Saxony, Germany is one of the more intriguing prospects. Historic mining activity at the project extends back more than 750 years during phases of intermittent production focused mostly on near surface high-grade silver veins. Despite significant silver production over this time, estimated at 28.8 million ounces, the project has been completely overlooked during the modern era.

Securing ownership of a prominent past-producing mining camp with such a rich history of prior operations is a value proposition for shareholders. But considering the fact that much of the property area has not been subjected to thorough, modern exploration activity, the potential for a new discovery at Braunsdorf is more likely than a typical greenfields prospect. This makes the appeal that much greater as Globex continues with its active exploration program.

This week the Company reported progress on an extensive fieldwork program that has been underway at the property since the fall of 2017. Work focused on collecting samples from surface outcrops, along with grab samples selected at rock dumps remaining from previous mining operations. In addition, geologists were fortunate to have access to small portions of drill core that remain from drill programs conducted in the past by prior operators from tin exploration. 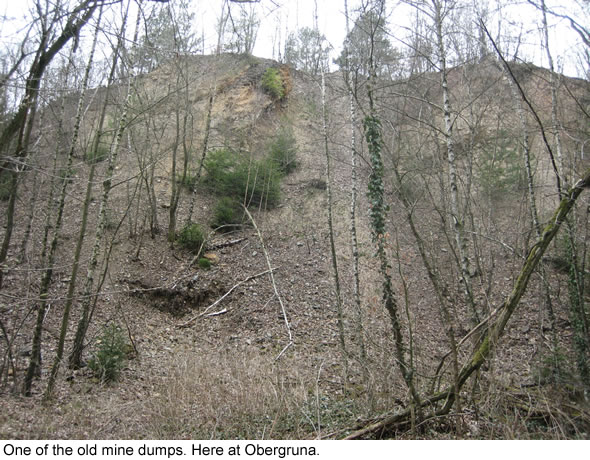 Globex also analyzed historic geological maps in the early phase evaluation of the project and completed soil sampling to generate data for further interpretation related to soil geochemistry that may be of use for later phases of surface exploration work.

While the range of assay results for the various samples is indeed encouraging, including high grade values of silver, lead, zinc and copper, the objective of the program was to define targets for a subsequent round of drilling work. Globex is now working towards establishing the limits of previous mining activity and planning drill targets to investigate the potential for new mineralized zones.

These include the Fortuna Target, a corridor extending 7 kilometers between historic mining camps, identified through surface sampling work. Highly anomalous values of silver and gold in soils, along with pathfinder elements that suggest epithermal alteration in the corridor, may be indications of a previously unknown vein system hidden by overburden in this area.

Similarly, the Reichenbach and Steinberg Targets have been defined based on surface sampling of exposed outcrops and vein extensions, but these areas were not subjected to historic mining and therefore represent the potential for entirely new discovery areas.

Consideration of shallow workings from prior mines has yielded new targets, as the Munzig and Emanuel Targets are based on extensions where sampling work has demonstrated that mineralization continues in zones near surface that may be attractive for open pit mine potential. 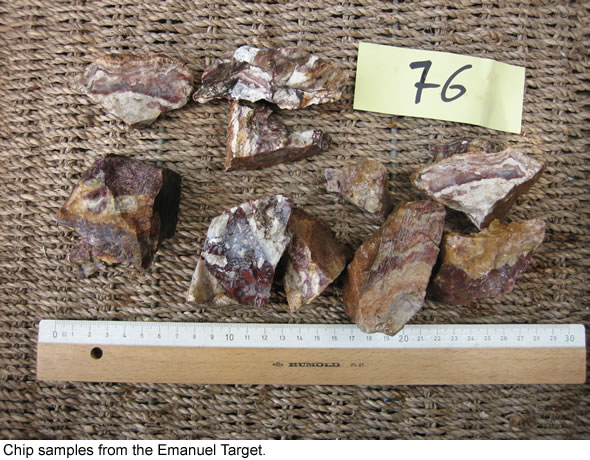 In addition, deep drilling targets have also been defined for the potential continuity of mineralization beyond the limits of historic mine workings. The Braunsdorf North and South Targets are based on previously mined high-grade silver sections at the lower elevations of the workings, where narrow veins yielded grades as high as 4,000 grams per tonne silver. The potential for discovery of new high-grade ore shoots of similar magnitude represents a compelling opportunity for a follow up drill program in this area.

At least a dozen priority targets have been outlined from this first phase of fieldwork, including shallow target areas where the potential for a successful outcome is enhanced given the widespread historic mining outlined, and the extensive database of indicator elements and soil anomalies.

As the saying goes, there are many reasons why a person may choose to sell a stock but there is only one good reason to be a buyer. Investors tend to buy shares of companies they expect to move higher in value. There is yet another reason to be encouraged for a potential move higher in the months ahead. The Company reported this week that an insider has been aggressively accumulating shares in the secondary market.

Jack Stoch, serving as President and CEO, and also a Director of Globex, has secured an additional 721,000 shares of the Company in a series of purchases during the first week of June. The share ownership is held through the corporation Jack Stoch Geoconsultant Services Limited.

The total purchase price for the combined acquisition amounts to $272,157.50 and this is not a trivial sum under any circumstances. When insiders of any company act decisively to acquire additional shares it is often a positive indicator for other market participants to follow along.

With the recently acquired shares, the holdings of Jack Stoch and his wife Diane Stoch, who is also a Director and serves as Executive Vice-President of Globex, now amount to 4,943,591 common shares of the Company, and 1,757,500 options. This represents 9.68% of the outstanding shares of the Company, and if all of the purchase options are exercised, it would amount to 12.69% of the shares outstanding.

There are a number of positive inferences to conclude from these purchases. Insiders are expected to have a thorough understanding of all the circumstances affecting a public company, and therefore significant insider transactions of corporate stock may be interpreted as meaningful indications of future market performance. Considering that Jack and Dianne Stoch already held a large ownership position, the addition of another chunk of shares at this time suggests that those who know the Company best are expecting good things in the future.

The insider buying activity is also encouraging in the context of the announcement in March 2018 where Globex reported it had been granted approval by the TSX for a Normal Course Issuer Bid (NCIB). This enables the Company to commence purchases in the market for shares of the common stock that may then be cancelled. Globex is entitled to repurchase up to 1 million common shares and has arranged a plan through a Canadian securities dealer to facilitate the program, whereby it may execute strategic buying on behalf of Globex at structured intervals.

Under the policy of the TSX, Globex has the opportunity to purchase up to 9,505 shares on any trading day, through the structure arranged through its securities dealer. This represents 25% of the average daily trading volume for the stock at the time the arrangement was approved and may amount to a significant contribution to the liquidity while the program remains active. An initial purchase of 5,000 shares has already been reported.

The NCIB is considered positive for shareholders because the active market buying presence helps to support the short-term share price. Thereafter, with fewer shares outstanding, common metrics to evaluate the performance of the Company on a per-share basis are more attractive. Globex intends to execute this strategy on an opportunistic basis such that any activity will be beneficial to shareholders. The program will remain in effect until March 11, 2019.

The abundance of priority targets that have been outlined at the Braunsdorf Project demonstrates the highly prospective nature of this large property area, and the opportunity that at least one new discovery zone may be achieved as the next phase of exploration work begins.

Globex shareholders have greater leverage to this property as it is one of the active exploration prospects that remains wholly owned by the Company. While the expectations are high for discovery upside from Braunsdorf, this is just one of many exploration programs underway – at wholly owned projects, or through Joint-Venture arrangements funded by other companies. Each of these active programs has the potential to create shareholder value.

Meanwhile, the aggressive transactions to accumulate a significantly increased share position, revealed through insider ownership reports, may also be taken as an endorsement of future potential for the stock overall. Combined with the commencement of the NCIB announced in March, senior management is taking deliberate action that demonstrates their view that the stock of Globex is attractive to buy in this price range. Perhaps this is a timely signal that investors should also act on. Recommendation: BUY.