LiqTech International (LIQT – $0.88), the clean technology Company that manufactures and markets highly specialized filtration systems based on its unique silicon carbide membranes, is starting to reap the benefits from its strategic changes it implemented mid-2014.

After the acquisition of Provital Solutions in July 2014, and a management change, LiqTech evolved from only delivering membranes to other system integrators, to providing complete filtration solutions to its customers.

The market response to this new strategy has been very positive. As a matter of fact, the dollar amount of new orders received so far in 2015 equals the Company’s total revenues for 2014.

Before its acquisition, Provital Solutions was a $3 million business that specialized in integrated filtration systems for the swimming pool and spa markets primarily for customers in Denmark and Norway. More importantly however, Provital had a strong engineering capability.

So when LiqTech implemented its new strategy in September 2014, it made optimal use of that engineering knowledge as it now offered everything from a standalone membrane, housings, standardized systems, to complete systems including pre and post treatment options. In addition, it decided to only focus on Diesel Particulate Filters (DPF) and applications for the oil & gas, and water treatment sectors.

This focus has allowed the Company to become a specialist in a few sectors and a valuable partner to its customers.

LiqTech’s membrane technology offers the ideal solution to remove harmful substances, such as arsenic, bacteria and other microorganisms, from liquids. The technology, for example, is used with wet scrubber applications, power plants, the marine industry, and in the mining industry. The increased environmental focus around the world continues to create more opportunities in this area.

The membranes are also ideally suited in the oil & gas industry as they do a much better job to separate oil from water compared with conventional separation technologies. The $2.4 million order that the Company received in January (see below) is a good example of that. 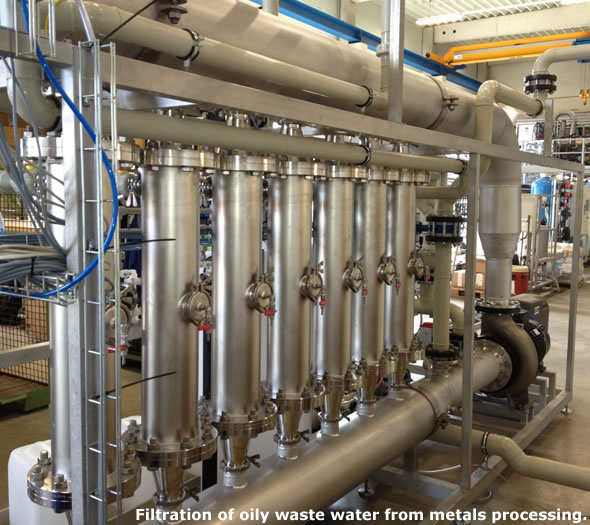 LiqTech’s oldest application for its membranes is DPFs for trucks and buses. Although sales have been decreasing for some time in this area, mainly because implementation of regulations has been lacking, the Company sees new opportunities in China. It is confident that DPF sales will start to increase again.

The intensified focus on a few industries is generating lots of business opportunities. Many new contracts have been announced in the past few months, including the biggest order in Liqtech’s history – $6.1 million announced earlier this week – making it clear that the Company is on the right track.

During the past six months the Company has received a significant amount of new orders in all of its focus areas.

In the water treatment sector, for example, LiqTech received its largest single order ever earlier this week. The $6.1 million order is from an international mining company for a complete system to remove heavy metals from waste water on one of its project sites in Europe. The system is based on the Company´s Ultra Filtration membranes and also includes pre-treatment and a de-watering unit so that the treated water meets quality standards before it’s discharged.

Also this week, the Company received an $830,000 purchase order for two systems that remove metals from wastewater. This solution is able to process large volumes of water and offers lower operating and capital expenses compared to other technologies.

Mr. Sune Mathiesen, LiqTech’s CEO, remarked, “This new order marks a further commercial confirmation of our products in the treatment of wastewater containing heavy metals. We will continue to intensify our sales efforts in this environmentally important application.”

Also, in March, LiqTech received a $660,000 order for two systems that will be installed on large ships to remove heavy metals from wet scrubber wastewater. This was the second order from the same customer this year.

Mr. Mathiesen added, “The customer and LiqTech have entered into a supply agreement for future installations of LiqTech SiC membrane systems for exhaust gas cleaning systems. Our systems have been incorporated into the customers systems and we expect to see several more orders for delivery this year.”

In addition, the Company received the first pilot order for a newly developed in-well ground water treatment system from the leading pump producer, Grundfos – the world’s largest pump manufacturer, based in Denmark, with more than 18,000 employees globally. The system is very compact (approx.10ft x 5ft x 4ft) and can be placed on the ground in connection with the well itself. This eliminates the need for a separate building housing the sand filters normally used in this application. 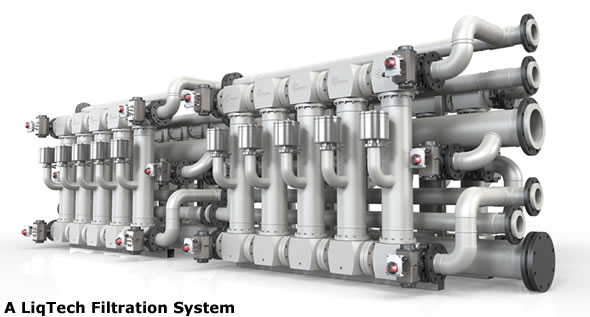 In the oil & gas sector LiqTech reached an agreement for the delivery of a $2.4 million system, which will be part of an enhanced oil recovery project. LiqTech is currently working with a large number of oil companies, operators and system integrators, predominantly in Europe and the Americas, on membrane projects in phases from initial evaluation to commissioning.

In the Diesel Particulate Filter market finally, LiqTech signed a three year agreement with a Chinese company that supplies the automotive industry, to promote and sell the Company’s DPFs in the Chinese market. The annual revenue is estimated to be well over a million dollars per year. Moreover, the Company received its first purchase order for $814,000 from a large Chinese OEM and retrofit customer.

In recent years LiqTech’s DPF sales declined, mainly because the enforcement of California Air Resource Board known as CARB mandates in California has been lacking. So the Company found an worthy alternative in China. It started making its first small test deliveries to China in 2014, and that has led to the expectations of doing significantly more business in China. China has initiated a program where they give businesses a 50% incentive when they order a DPF before the end of 2015. This program will continue in 2016.

Before the Provital acquisition, the Company’s main focus was on the DPF and oil & gas markets. Because those markets were impacted by the lack of legislation and the decline of oil prices respectively, LiqTech’s financials were impacted.

Although first quarter results were still soft, it’s clear that thanks to the strategic changes made last year, the financial situation will completely turn around. The pipeline of new business has continued to grow in both volume and quality throughout the past six months. All those recent orders and improved pipeline will have a significant impact on LiqTech’s revenues and earnings in the coming quarters.

LiqTech has one of the most proven products available on the market with a reputation for quality and meeting delivery times. And it’s pursuing plenty of other opportunities in the mining sector, the oil & gas industry, the DPF market and in several water treatment areas. Buy recommendation.