The Company’s most important achievement during the quarter was the acquisition of the 49% non-controlling interest in NutraDried LLP, bringing the Company’s ownership to 100%. NutraDried, which manufactures and distributes Moon Cheese, an crunchy cheese snack made using EnWave’s REV drying technology, reported $716,000 in net income for fiscal year 2017, and $1,086,000 for the first half of 2018.

These were the highest ever single quarter sales for Moon Cheese. The strong increase was partly due to several substantial orders from Costco’s Midwest, Northwest and Southeast divisions for club format Moon Cheese.

On the basis of annualized fiscal 2018 net income, the Company paid a purchase multiple of only 2.1x net income to acquire the 49% non-controlling interest. A very attractive deal indeed!

The acquisition of the non-controlling interest in NutraDried also allows the Company to pursue additional commercial opportunities using the installed 100kW nutraREV dryer, as well as enhance the ability for EnWave to use NutraDried’s processing capabilities as a showcase to prospective royalty partners.

Business wise, strong progress continues to be made. EnWave has been growing its prospective royalty partner pipeline as it commercializes REV across the food, legalized cannabis and pharmaceutical sectors.

In the second quarter, EnWave signed a new royalty-bearing commercial license agreement with Nomad Nutrition, and continued to expand its royalty partnership and machine sales pipeline through joint produce development projects under Technology Evaluation and License Option Agreements (TELOAs) with prospective partner companies in multiple verticals. Even during the past few days several more agreements were announced.

In addition, EnWave has expanded its commercial relationships with Nanuva Ingredients of Chile. Nanuva has positioned itself as a leading provider of 100% natural (with no additives) dried fruits with colours, shapes, flavors and nutrients very similar to those of fresh fruit.

Nanuva currently operates three small commercial-scale REV machines and is working to build demand in 2018 to justify the acquisition of a 60kW continuous REV installation. 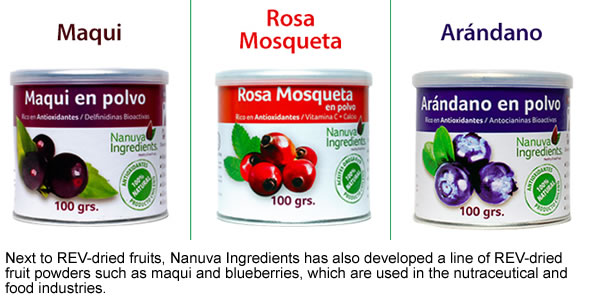 Also in Europe, EnWave has signed a TELOA with a food processing company based in a Nordic country to develop several dairy, vegetable, meat and seafood products using the REV dehydration technology.

The Partner and EnWave signed the TELOA after several successful product development sessions conducted at the Company’s pilot plant facility in Vancouver, Canada. The Partner will now focus on the refinement of selected product applications and evaluate their commercial viability in both the Nordic market and abroad. The TELOA grants the Partner a six-month exclusive term to evaluate REV technology and potentially license its use in the Nordic country.

The increase in royalties is very important. First of all, it indicates that a growing number of EnWave’s clients are selling larger quantities of REV dried products. Moreover, the rise is also important because these revenues go straight to the bottom line. Royalties are expected to continue to go up in 2018 and beyond as new license agreements are signed and additional REV machinery comes online.

A couple of items stand out on the balance sheet. First, on March 31, 2018 the cash and cash equivalents number was $7.48 million compared to $1.32 million on March 31, 2017 an increase of $6.16 million. The rise is primarily due to the equity financing of almost $9 million in November 2017. In February 2018, the Company spent $2.28 million to acquire the 49% non-controlling interest in NutraDried. The Company had net cash outflows from operating activities of $77,000 for the first two quarters of 2018.

Inventory as at March 31, 2018 included completed machines and machine components of EnWave Canada of $3.19 million. The increase compared to last year is also due to EnWave repurchasing a 100kW nutraREV machine from Hormel Foods.

EnWave is increasing its worldwide presence in the food, pharmaceutical, and rapidly growing legalized cannabis sectors. These continued efforts are starting to show more and more in the Company’s financials. EnWave is now cash flow positive and is working diligently to also become net profitable.

NutraDried has become a highly profitable subsidiary of the Company, and also royalty income is growing steadily.

We expect to see several more agreements and machine purchase orders in 2018, which will contribute to EnWave shareholder success. Recommendation: BUY.