Paperworld, the largest office and stationery trade fair in the world, was held a few days ago in Frankfurt, Germany. A total of 1,591 exhibitors from 69 countries presented their products, and over 30,000 visitors discovered product innovations in the areas of school & office supplies, writing instruments, and stationery.

Also Acme United’s (US: ACU – $22.85) European team had a booth at the show. Several new products were launched under the Westcott brand. Although these are everyday items, adding them to the range makes it convenient for customers to see Westcott as a one-stop shop for all their school and office supplies. 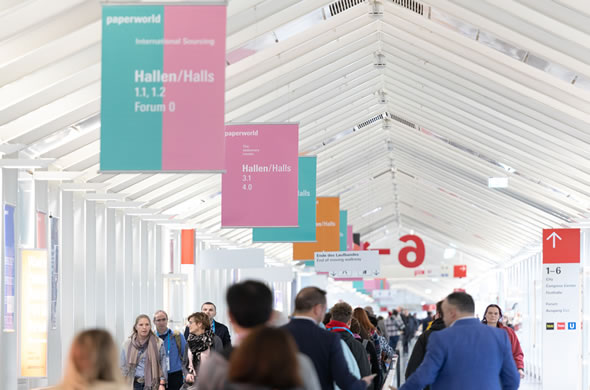 Paperworld is one of the highlights of the year for the office and stationary sectors. For Acme United Europe, the show was a big success as the team returned home with plenty of new sales leads and orders.

While in previous years, most of Acme’s focus during Paperworld was on typical school and office products, such as scissors, rulers, and paper trimmers, this year was somewhat different. The European team received some very good feedback on its extended first aid product range. In fact, several new prospects approached Acme themselves because they had seen the first aid offering.

In Europe, there’s an overall regulation for first aid items. However, every country has its own specific set of regulations as well, such as labeling. This makes it hard on most companies to sell in different countries, causing many and quite heterogeneous players to compete. This obviously creates an opportunity for Acme United to gain some serious market share in Europe.

The first signs of growth are already present. A big online office products customer in Germany recently has started listing Acme’s range of first aid products. Sales in the first weeks exceed expectations. It’s good to know that a few years ago, lots of office customers added facility management products to their assortment to compensate declining sales in the office channel. The first aid products obviously fall right into the facility management category.

As a result of all this activity in first aid, Acme’s European team has decided to double or even triple the existing first aid range during the next six months. 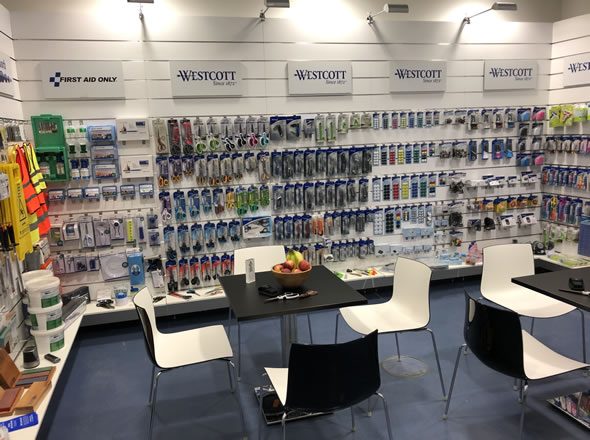 Part of the Acme United booth at Paperworld 2020.

Georg Bettin, the Managing Director for Acme United Europe, commented, “Frankfurt’s Paperworld is one of the most important trade shows for our Company. All the trends and industry innovations come together at the fair. Once again we were able to highlight our new products and create opportunities for our business with existing and new customers.”

Paperworld is truly an international platform for the office and stationery market and a mirror of the industry. As such, the good mood among retailers and the high level of internationality and visitor quality make us optimistic for the new year.

Remember that net sales in Acme’s European segment for the nine months ended September 30, 2019 increased 14% in U.S. dollars and 22% in local currency compared to the first nine months of 2018. Very impressive numbers indeed. Thanks to another excellent Paperworld show, and lots of potential growth in the first aid area, these growth numbers are sustainable for Acme United Europe. Smallcaps Recommendation: BUY.