With the benefit of a technology platform that is in high demand, NuRAN Wireless Inc. (CSE:NUR – $0.07 & OTC:NRRWF – $0.06 & Fra:1RN – €0.05) has created an attractive business model that is capable of delivering long term growth and strong profit margins. The Company has embarked on an ambitious program to supply and install the hardware systems supporting a wireless communication network in rural Africa. The potential for a rapid expansion in numerous countries is at hand.

NuRAN has reserved a capital budget for its participation in this initiative, however this may have left the Company running thin to participate in growth opportunities that opened up in other markets.

One of the most significant challenges facing early stage technology companies, and small cap stocks in general, is the need to secure access to adequate capital in order to comfortably fund the many demands on cash resources. Even the most successful product launches may sometimes deal with constricted growth during the initial phases if there is not enough financial liquidity on hand.

NuRAN Wireless, however, secured an important financial arrangement under the “Creative Quebec” program this week. The program is operated by the provincial government and supports emerging technology development prospects. The Company has secured access to a loan facility of up to $3 million, offered at very attractive terms that may resolve any potential issues regarding short term funding.

Technology companies often face limited options when they approach conventional institutions to secure a loan or line of credit facility, and those that are available are typically offered at higher interest rates that can put a drain on operating cash flow. With the loan arranged through Creative Quebec, NuRAN is able to access a funding package that will ensure terms that are much better matched with the requirements of its business plan. The interest rate of Prime plus 0.25% is extremely attractive. In addition, only interest payments (no reimbursement of capital) are due for the first 24 months of the arrangement. Following the initial two years, a reimbursement of capital and interest is scheduled over 7 years.

The loan agreement will allow NuRAN to move forward with the development of its LiteCell xG carrier-grade wireless network systems. This innovative hardware platform enables performance improvements for wireless network operators to be fully compatible with 2G, 3G, and 4G (LTE) connectivity options, all supported through a single base station. The new system will be available in 2019 to serve urban markets worldwide.

It is the multi-standard capability that makes LiteCell technology attractive in smaller markets where network access is gradually being upgraded to the more advanced 4G system. The ability to provide network operators with a flexible hardware package that can support options for their customer base to connect with all three systems will create a performance advantage for NuRAN over other technology suppliers.

Following on the heels of an impressive purchase order from Africa Mobile Networks to install a network in at least five countries in Sub-Saharan Africa, NuRAN this week signed an agreement with an undisclosed Tier-One mobile network operator.

The operator will first perform a field trial of NuRAN’s LiteRAN 2G, which is a complete rural GSM network. The trial is an essential step towards an expected rollout of hundreds of sites which have been already identified throughout the country of Kenya, in eastern Africa. The trial is expected to be completed within calendar Q1 2019.

Mr. Francis Letourneau, the VP Sales and Marketing at NuRAN Wireless commented, “This deal represents a small sample of many more agreements expected throughout Africa and the rest of the world with a number of Tier One operators.” 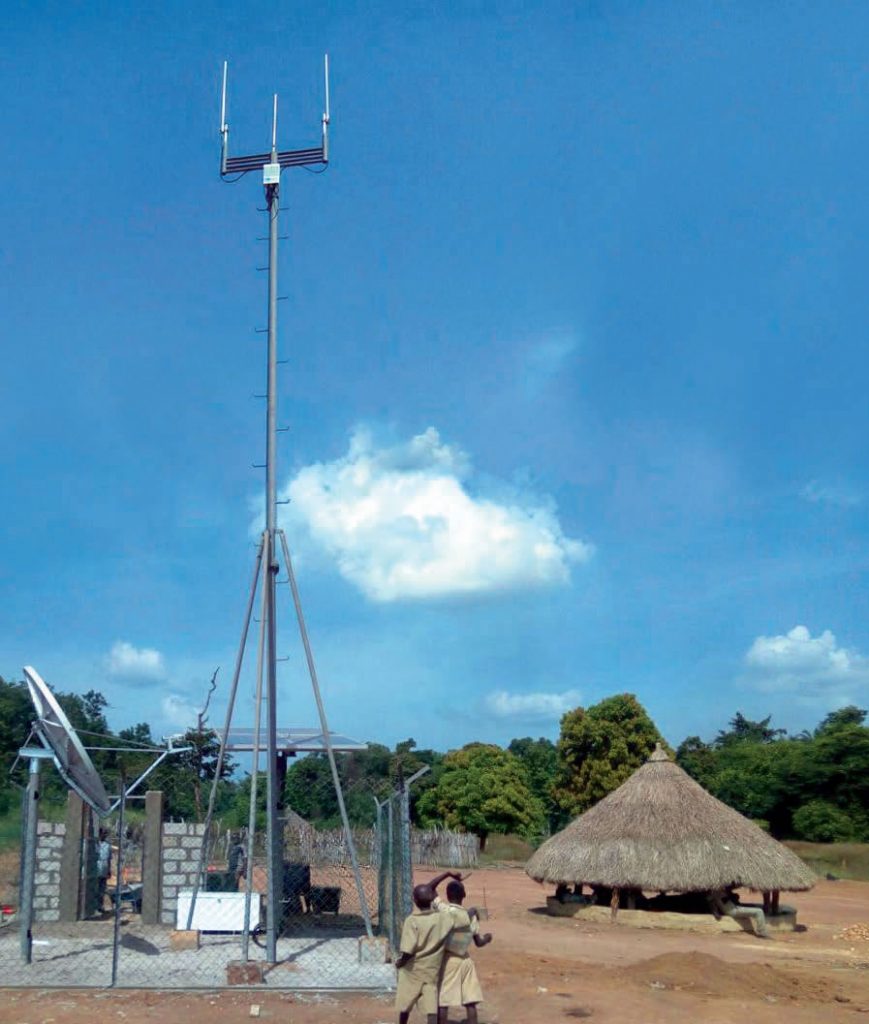 NuRAN’s LiteRAN 2G system in full operation. The Republic of Kenya has a population of approximately 48 million people and has the largest economy in eastern and central Africa. Outside of the urban centres, 2G networks continue to dominate as most devices are 2G compatible and therefore necessitating continued and sustained investment.

NuRAN also reported that it was participating at the prestigious AfricaCom telecommunications conference, held this week in Cape Town, South Africa. The conference focused towards mobile and broadband wireless communications providers active in the African market and is considered to be the largest and most influential such event held anywhere on the continent.

With upwards of 14,000 people attending, and some 450 exhibitors, AfricaCom was ideal for NuRAN to reconnect with many of its current partners and business clients for the ongoing launch of the rural internet platform in Africa. At the same time, the conference was an opportunity for the Company to make connections with some of the most important players in the market with the objective to secure additional sales contracts.

Attracting the support of the Quebec government to source additional funding has enabled NuRAN to continue the development of its technology and create opportunities across a broader market spectrum.

This will also enable the Company to move forward aggressively with programs in 2019 and allow NuRAN to establish recurring cash flow from operations during a two-year window before more substantial payments on the loan facility become due.

With the development of the technology platform ready to roll out for rural Africa communications initiatives, attendance at prominent conferences is an effective means for NuRAN to showcase its product line and make important connections with new clients.

Shareholders should take note of the full-cycle business plan underway to build meaningful growth. The two recently announced deals are just the top of the iceberg.

Each of the elements in this coordinated strategy will contribute to build sustainable, long term growth for this innovative small cap story. NuRAN is moving forward with a balanced and achievable business plan to create shareholder value through 2019 and beyond. Recommendation: BUY.