Back in June 2018, when NuRAN Wireless Inc. (CSE:NUR – $0.08 & OTC:NRRWF – $0.05 & Frankfurt:1RN – €0.04) announced it had arranged a relationship with London-based Africa Mobile Networks Ltd. (AMN), the promise of a large scale, long term service agreement for this wireless service provider was at hand.

This week the impressive potential of the partnership became a reality, as NuRAN reported the initial purchase order for installation of OC-2G units as part of the network development underway serving a minimum of five countries in Sub-Saharan Africa. The OC-2G units enable scalable wireless access for smaller communities within a radius of several kilometers from each site. This significant contract could involve as many as 3000 sites depending on the commercial success of the launch. 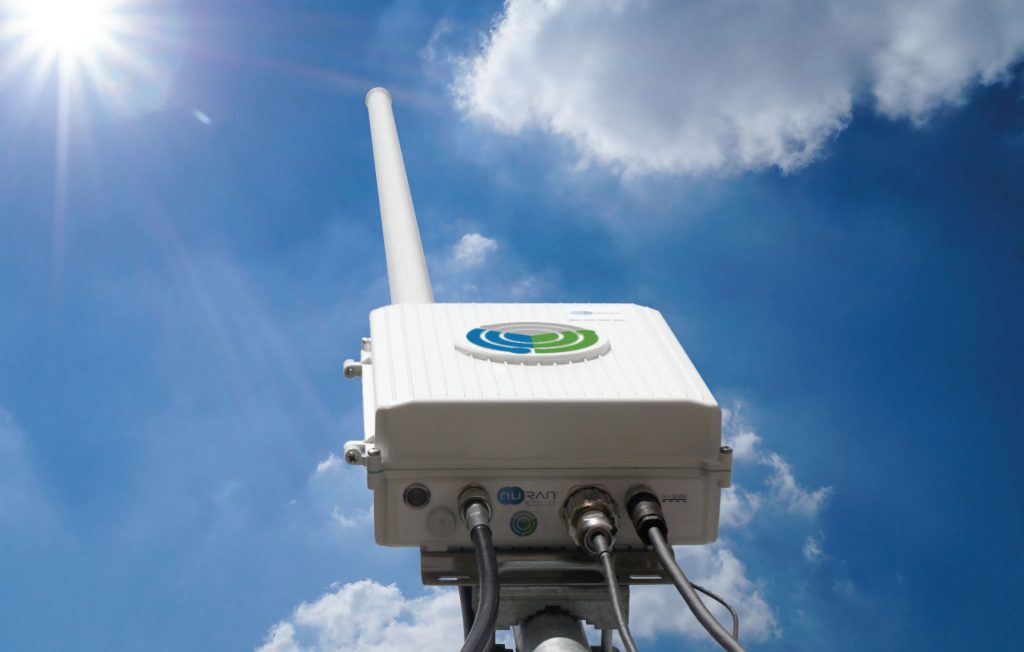 The OC-2G Basestation is a carrier-grade GSM base station designed by NuRAN Wireless. Thanks to its absolute lowest total cost of ownership, it is the solution that profitably provides connectivity to demographics of less than 1,000 people.

Enormous Growth Potential in the Pipeline

This order will be just the starting point of a longer term communications infrastructure development program throughout the region. Starting with 5 committed countries, there are at least 13 more countries to be covered by this agreement, mostly located in Sub-Saharan Africa, which may ultimately become part of this rollout, so the potential for further expansion from the initial order is substantial.

Several of the OC-2G units supplied by NuRAN have already been installed and tested a few weeks ago as part of the system evaluation phase. With the confirmation that the system is operating perfectly, the planned large scale rollout of services is now underway and the initial purchase order to NuRAN is expected to be just the first of many as this ambitious program gains momentum.

AMN is a unified organization of several telecommunications companies that are committed towards providing rural connectivity for Africa. It should be noted that many countries in Africa are underserved by communications technology, and often access to such services is limited to larger cities where economies of scale improve the profitability of operations.

The rural market has been largely ignored, and with the deployment of this system planned by AMN to serve smaller communities, the estimated market size could amount to more than 300 million customers. A serious commitment involving the investment amounting to more than USD $550 million has been estimated in order to establish this infrastructure network over the next 3 years.

The AMN implementation is highly optimised for rural applications. The Base Transceiver Station (BTS), provided by NuRAN Wireless supports GSM voice, SMS, and GPRS/EDGE packet data service (encircled in red). The unit has a photo-voltaic (“solar”) power system for sustainable energy with low maintenance and high reliability, and a satellite (“VSAT”) communication link for unrestricted connectivity to core networks from any location.

A strategic investment by Intelsat (NYSE:I) in AMN, which was announced a few days ago, again illustrates the fact that major communications companies, such as Intelsat, see significant growth potential in Africa. This is logical as sub-Saharan Africa has been described as the world’s fastest growing mobile region in the recent years with smart phone connections expected to double over the next two years to nearly 200 million.

The partnership between Intelsat and AMN is well thought out. Given the economic and geographic complexities of expanding mobile connectivity to the ultra-rural areas of Africa, many mobile network operators (MNOs) face barriers when trying to deploy their networks to these areas. AMN provides MNOs with a network-as-a-service (NaaS) solution in which AMN will fund, build and operate the ultra-rural network for the operators. As a result, African mobile operators will be able to extend their coverage with minimal OPEX and CAPEX risk, enabling them to grow their subscriber and revenue base, and better serve all their customers.

As part of the long-term agreement, AMN will leverage the power, performance and efficiencies generated by Intelsat’s high-throughput satellites, as well as the 23 Intelsat satellites covering the African continent to provide the optimal balance between coverage and high-throughput for the enabled sites.

Once installed, the sites will connect over the Intelsat fleet to the core of the mobile network operator and deliver 2G mobile services, such as GSM voice, SMS and GPRS/EDGE packet data, with the ability to upgrade the base stations to 3G and 4G as data demand request.

NuRAN at Forefront of Technology

The demand for more data, and subsequent 3G and 4G base stations, will undoubtedly follow the natural increase in users and capabilities of mobile devices available in rural Africa. This is, yet again, good news for NuRAN Wireless, as it recently introduced an evolutive multi-standard 2G, 3G, 4G (LTE) radio access network solutions thereby expanding its portfolio to address a broader market.

Under development with planned availability in 2019, NuRAN’s LiteCell xG products can be operated in any combination of 2G, 3G, and 4G to maximize network access to subscribers through the simultaneous support of different technologies. Built from the ground up as a software-defined radio, LiteCell xG provides the flexibility and upgradability which operators are seeking in order to deliver the most appropriate services and evolve those services as needs arise with minimal intervention.

NuRAN expects its multi-standard solution to significantly widen its market base from strictly rural to rural and suburban greenfield deployments, as well as qualifying for infrastructure upgrade programs, including the replacement of existing 2G-only equipment.

The rapidly advancing communications market in Africa, as well as, the importance of companies such as NuRAN are also highlighted in this recent presentation by Mr. Babak Fouladi, the CTIO of MTN Group. MTN Group, a South Africa-based multinational mobile telecommunications company, aims to connect over 4000 rural sites by 2020 with the help of NuRAN equipment.

The advancement of communications technology has favored larger cities, leaving smaller markets in emerging nations underserved. More efficient and innovative systems designed by companies like NuRAN Wireless are now providing the capacity to develop effective telecommunications infrastructure and enable the rollout of wireless communications services to these rural communities that were formerly ignored.

Many of the larger established Mobile Network Operators such as MTN, Vodafone, and Telefonica, have indicated a shift in their strategy, to expand services into rural communities. This represents an enormous market potential of more than one billion new customers, and is therefore a lucrative opportunity for NuRAN, operating as a contractor providing network infrastructure for this sector.

With the confirmation that the network build out in Sub-Saharan Africa by AMN is now underway and the receipt of the initial purchase order, NuRAN is positioned as an essential partner in the early phase of this broad-based infrastructure development program, in one of the larger underserved market regions of the world.

The first phase of the contract reported this week is just the start of an ambitious and significant development program that will underpin the growth of the Company going forward. As wireless network gains traction and more customers are attracted to the service, the potential for rapid expansion to as many as 18 countries over the next 3 years projects is realistic. Consequently, it is fair to expect a significant boost in the financial results for NuRAN Wireless. The transition to a high growth story justifies a much higher share price for this emerging telecommunications technology provider. Recommendation: BUY.