However, the Company had to cope with several unexpected and unfortunate setbacks during the quarter. As a result, sales goals were not achieved despite increased sales and marketing personnel that was hired to support growth initiatives.

Sales of office products, for example, were impacted by continued store closing at Staples. The major retailer already closed hundreds of unprofitable stores the past few years. Whenever a store closes, its inventory is shifted to other stores, resulting in purchase orders for Acme United products being temporarily postponed.

In addition, the Company experienced softness in sales of office shears and first aid products at a major online retailer. The retailer apparently put its own private label products in the spotlight the past few months. Acme United is trying to resolve this issue. It’s also positive that other major retailers are aggressively increasing their online businesses.

Furthermore, Hurricane Florence forced Acme’s North Carolina warehouse to shut down during four days due to a power blackout and flooded roads. This caused about $1 million of sales to shift to the fourth quarter. Finally, interest expenses were higher in the third quarter due to higher interest rates on the Company’s variable rate credit facility. Acme’s current line of credit with HSBC has an interest rate of LIBOR plus 2.00%.

Already in the third quarter, the Company took decisive steps to significantly reduce costs. It let go of a number of people, which will reduce personnel expenses by about $700,000 annually. Acme has also cut back on print advertising and put more focus on social media, resulting in savings of $400,000 as of January 2019.

Moreover, the Company has started productivity initiatives at its Rocky Mount warehouse in North Carolina, which should result in annual savings of another $400,000. Finally, it is addressing its inventory levels. They hit a peak in June 2018 of $42.5 million and dropped to $42 million by the end of September. The goal is to reduce inventory further with another $1 million by year-end.

Acme United has recently launched many new products that should help boost sales in the coming months. For example, the Company introduced a new line of Westcott scissors that incorporate the glide technology. These scissors, which have a low friction pivot with adjustable tension, cut extremely fluidly and efficiently. The scissors are being placed at major craft and retail chains at the moment. 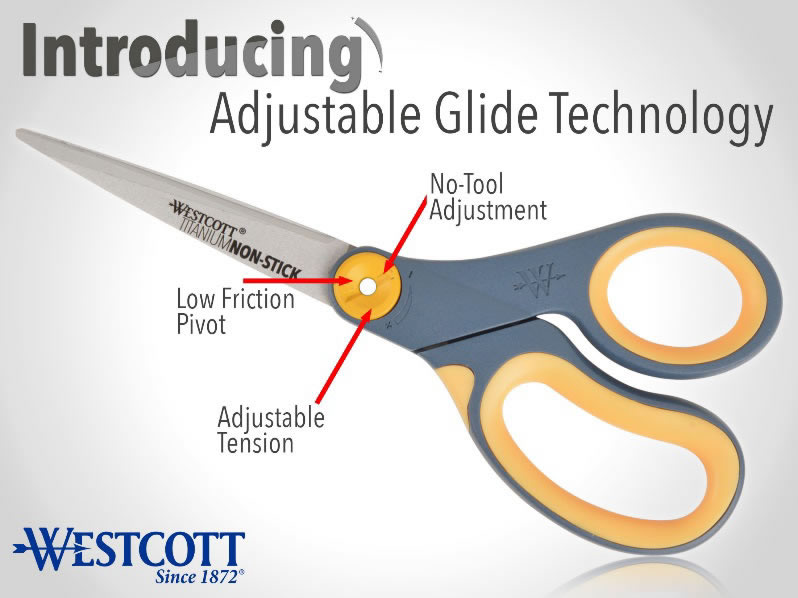 The new Westcott scissors with glide technology are being placed at major craft and retail chains at the moment.

The Company announced new ceramic box openers that are geared towards the industrial safety as well as consumer markets. Trials are ongoing with a major online retailer. Westcott has introduced new glue guns, glue sticks and cutting tools for the craft market. These will be available at major retailers next year. The first aid business just introduced the next generation safety hub ecosystem and a completely new line of modern first aid stations that can be customized with different industries.

Camillus launched two 8.5″ fixed blade knives and two 6.75″ folding knives. They are all made in the United States and come with a brass Eagle Scout emblem.

Exact revenues per segment for the third quarter will be available in the 10-Q, which will be filed mid-November. However, Acme announced for each segment the percentage by which revenues increased or decreased compared with last year’s third quarter. Based on those numbers, we can give a fair estimate.

At the end of the third quarter of 2018, Acme had over $67 million in working capital and an impressive current ratio of 6.91.

During the third quarter, the Company began reducing costs through a series of productivity initiatives. It expects annual savings of approximately $1.5 million in purchasing, advertising, selling and personnel expenses. It is also targeting $1.0 million in inventory reductions in the current fourth quarter.

At the same time, Acme began selling its new SmartCompliance first aid kits, eye wash, and bleed control stations in the fourth quarter. Shipments of new Camillus knives are scheduled for the holidays. Many other new products will hit the shelves shortly.

The Company’s goals for the next 18 months are to deliver 5% to 7% organic sales growth, continue to evaluate add-on acquisitions, improve gross margins and reduce selling, general and administrative expenses as a percent of sales. Add some shares to your portfolio at these bargain prices. Better days are ahead. Recommendation: BUY.