How Culture of Innovation Leads to Blockbuster Products at Acme United

New product development is truly in the DNA of Acme United (ACU – $19.61). The Company’s quest for innovation is reflected by its ongoing goal of generating at least 30% of its sales from products developed in the last 3 years.

In order to achieve this goal, well thought-out products are brought to the market almost on a constant basis. The school and office products brand Westcott, for example, this year alone has already launched over 100 new scissors, trimmers, cutters, pencil sharpeners, etc.

The Process of Innovation

The entire process of innovation at Acme United starts with hiring the right people. Many employees have a product development background or gained expertise at the product marketing department of previous employers.

The next step is to “feel” the market by speaking with end-users. In the case of Westcott products, these end-user are teachers, crafters, office people, etc. It’s important to speak with them. To find out what they’re struggling with, how they feel certain products can be improved upon.

To get a hold of this knowledge, these people are visited where they are using the products. Chris Alagno, Vice President at Acme United, was quoted saying, “Great innovative products don’t come from the four walls in our office, instead they come from the field”. 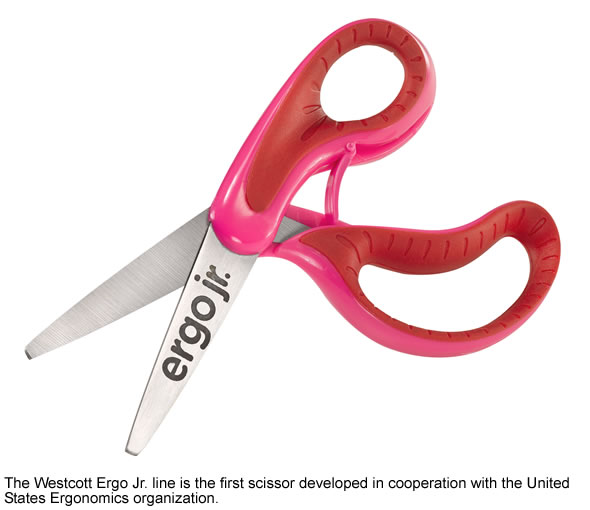 The third step is trying to solve the issues that were raised by the users. A solution is sought in cooperation with engineers, product developers, and designers. As soon as a product idea is received from Acme’s marketing and brand managers, the New Product Development team starts working on the technical and industrial aspects of the design. It converts sketches into a physical products, and evaluates if the tool will actually function as it’s supposed to.

The final step in the process is testing. Before mass production of the new product is initiated, a team of testers evaluates the pre-production samples to ensure the product’s quality and functionality. Only when they are satisfied with all aspects of the samples, the go-ahead is given for mass production.

At Acme, these tests are often rigorous. The Cuda fishing tools brand, for example, attracted several well-known fishermen – coined Cuda Pros – to try the products on the water. In fact, the original 32 Cuda tools were used for nearly two years before the first product was released to the public. Often they’ll suggest small improvements, but when the products finally go into production, they are the best on the market.

The Vitality Index measures new product revenues as a percent of total revenues. It was 3M that first recognized the need for an overall measure of innovativeness. They created the metric named “Vitality Index” in 1988. The actual value differs greatly by company and the market it’s in. At Acme United the goal is to reach a products vitality rate of 30%.

It’s relatively easy to calculate. The only management decision is how long a launched product remains “new”. Most companies, such as Acme United, consider a product as being new when it’s less than three years on the market. But, anything is possible. Some software companies only use 9 months.

Although most of the new products that Acme United launches sell well, every now and then the Company strikes gold. For example, it sells between 60 and 80 million Westcott scissors annually. And the number continues to grow. The iPoint electric pencil sharpener is another winner, as sales exceed $11 million annually.

Also amongst the tools that Acme launched the past few months, there are several ones with major potential. The new scissors for kids, coined Ergo Jr, for example are specifically designed for ages 4 to 6. These are the first and only scissors developed with the United States Ergonomics organization.

During many months of testing, the specific muscles, which children use while cutting, were researched. As a result, the surprisingly innovative design of the Ergo Jr. reduces stress on a child’s arm and wrist by as much as 50% compared with a regular scissor. We expect this product to be a another good product for next year’s back-to-school season. 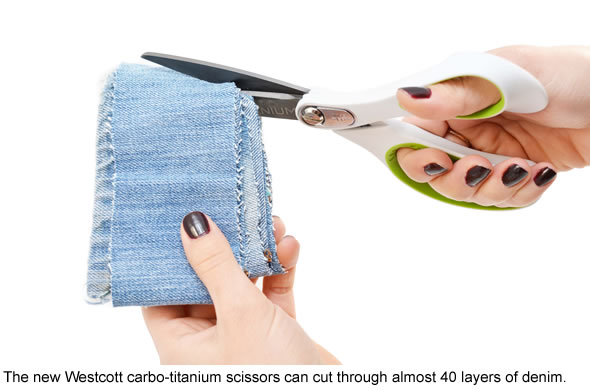 Also the new Westcott Carbo line of scissors and trimmers looks and performs exceptionally well. The carbo-titanium coating, makes the blades 8 times stronger than untreated steel. In addition, the handle and scissors are reinforced to withstand the pressure when cutting through thick materials. The carbo-titanium scissors can cut through almost 40 layers of denim fabric!

Acme United has a real culture of innovation. New product development is in the heart and soul of its employees.

By its constant drive to bring products to the market, the Company continues to gain market share in huge areas, such as the school and office products sector. Consequently, Acme’s guidance for fiscal 2016 was recently raised to sales of $123 million, net income of approximately $5.8 million and earnings per share of $1.55. Buy recommendation.