Globex Mining Enterprises (TSX: GMX – $0.53 & OTCQX: GLBXF – $0.40 & Fra: G1MN – €0.37) is a North America-focused exploration and development project generator. The Company’s business is to acquire mineral properties, and to advance them, either to production or to prepare them for optioning, joint venturing, or outright sale to a third party resource company.

Unlike investments in traditional junior resource companies, where most investors speculate on the outcome of one or two projects, Globex has a much lower downside as it puts its eggs in multiple baskets, allowing them to significantly reduce the inherent risk of the mineral exploration and development business.

It is noteworthy that previous companies that worked on Kelly Lake only focused on the copper and nickel potential. While test data shows that it’s a true polymetallic property with also platinum, palladium, cobalt, rhodium, and even some gold (Au) and silver (Ag). Consequently, much more work is required on the Ag, Au, Co and PGM elements.

The Platinum-Group Metals – abbreviated as PGMs – are six noble, precious metallic elements clustered together in the periodic table. The six metals are ruthenium, rhodium, palladium, osmium, iridium, and platinum. They have similar physical and chemical properties, and tend to occur together in mineral deposits.

There are five major “wire line” tube sizes typically used (see table below). Larger tubes produce larger diameter rock cores and require more drill power to drive them. The choice of tube size is a trade-off between the rock core diameter desired and the depth that can be drilled with a particular drilling rig motor.

Globex has begun acquiring and compiling data from previous work conducted on the property with the intention of initiating an exploration program this summer. Any further work on Kelly Lake will be based on this compilation data. As the snow on the property melts, the initial work will be to take some surface samples to find out how wide-spread the actual mineral resource is. 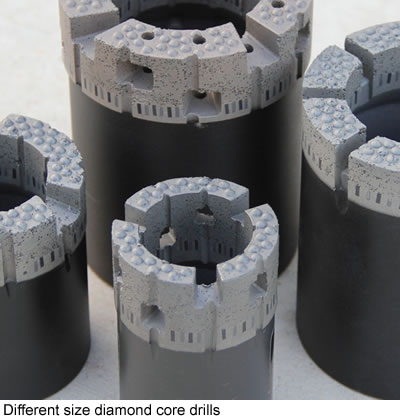 The positive results obtained by previous owners of Kelly Lake, such as Loubel Exploration and Tom Exploration, confirm the property’s mineral potential. Test data shows that the asset is rich in copper, nickel, platinum, palladium, cobalt, rhodium, and even some gold and silver. Golbex has already started acquiring and compiling data to capitalize on this opportunity.

Work currently underway is focused on delineating extensions to known ore zones, and thus potentially increasing the tonnage of the deposit. In addition, the resource is open to depth. Recommendation BUY.