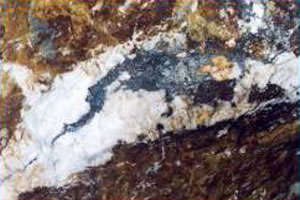 The Strieborná deposit is host to a silver-bearing vein with an average width of 3.4 metres.

Global Minerals Ltd. (CTG: TSX) has fully restored the 1600 meter haulage and access tunnel on its 100% owned Strieborná project in Slovakia. Additionally, full electrical service has been restored along with the hoist and refurbishment of the inclined shaft down to Level 2, approximately ~75 m below surface.

Mine ventilation and underground power systems will be refitted as deeper access becomes available. The company expects to reach Level 7 (~250 m below surface) by late spring 2012, after which a drill program will begin to expand the already significant high grade resource. This is also good news for Esperanza Resources (EPZ – $1.11) as it owns about 32% of Global Minerals’ shares.

The Strieborná vein was discovered in 1981 and was subsequently explored on four underground levels totaling over 3,000 metres in length. Underground exploration and diamond core drilling on the vein was conducted from 1982 until 1994 by the exploration branch of the Slovak Geological Survey.

After London-based CMX Resources Limited (CMX) verified the resource results reported by the Slovak Geological Survey in 1994, all underground workings were flooded. When Global Minerals gained control over the Strieborná property in 2007, it contracted AMC Consultants (AMC) to prepare a NI 43-101 Technical Report based on the work and results of the Slovak Geological Survey and the verification program conducted by CMX.

Along with the infrastructure rehabilitation program, Global Minerals also initiated a new drill campaign in March 2011 designed to re-confirm high grade mineralization in the upper portion of the Strieborná vein, to test for extensions along strike and to test known parallel veins. The projected target area was not included in the NI 43-101 compliant resource estimate from AMC.

Six holes were drilled, totaling 1,703 metres. The results, aimed at expanding the resource, were promising and consistent with previous underground sample data.

Metallurgical samples, composed of material collected from the spring 2011 drill program have been subjected to conceptual level grindability and flotation studies at SGS Inc. and Blue Coast Research. The test work demonstrates that a conventional, low cost flotation process will yield a high grade silver/copper/antimony concentrate with as much as 5,423 grams silver per tonne (158 tr. ounces per ton) at recoveries of 96% for silver and 97% for copper.

Global Minerals also nominated two people with many years of operational experience to its Board of Directors.

Mr. Robert Martinez is a metallurgical engineer and has over 34 years of mine operation and plant design experience with major mining companies such as Phelps Dodge Corp, AMAX Inc., Amselco Minerals and Coeur d’Alene Mines Corp. He was General Manager of the Rochester and Alligator Ridge open pit gold mines in Nevada, as well as a senior manager at major copper/moly open pit mines in Arizona and Colorado. Mr. Martinez also served as President & COO of Coeur d’Alene Mines.

Mr. John Simko is a partner with the Moffatt, Thomas law firm in Boise Idaho where he specializes in Business, Environmental & Natural Resources, Mining and Securities law. Amongst many other positions, Mr. Simko was the Chairman and Chief Executive Officer of Sunshine Mining Company.

The last few months Global Minerals has shifted into a higher gear. Work to gain underground access is progressing well and a Preliminary Economic Assessment is planned on Strieborná for 2012 and will incorporate the metallurgical test results.

As a 32% percent shareholder, Esperanza obviously benefits when Global Minerals moves its project forward with an intent to take the mine into production.