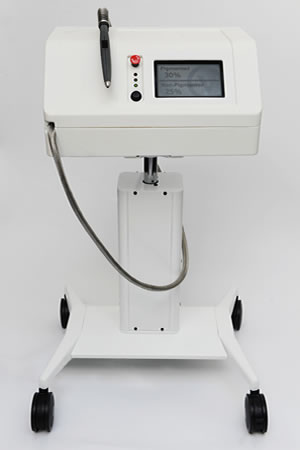 The completion of the first Aura beta units represents a key milestone in bringing a commercial version of Verisante Aura to the market.

The first beta units of Verisante’s (VRS – $0.55) Aura are finished and ready to undergo safety tests. Once these tests are completed the devices will be placed in several clinics for actual field testing.

During these field tests, a doctor will first scan a patient’s skin lesions with the Aura. When the doctor finds a suspicious lesion, it will be biopsied and analyzed. Subsequently, the Aura’s diagnoses is compared with the clinical diagnosis and the pathologist’s report.

Based on that information, the beta units may be tweaked somewhat until they get the same excellent results as the test devices did in the clinical trials.

All of this brings the Verisante Aura one step closer to start commercial production in the second half of 2012.

The Verisante Aura is a non-invasive optical device that helps medical professionals to determine if a suspect skin lesion is either skin cancer or a benign disorder.

The Aura is a much needed device as the number of skin cancers outnumbers all other cancers combined. And although the mortality rate for skin cancer is lower than other cancers, it can lead to death or disfigurement if left untreated. Similar to most other cancers, early detection is key. When melanoma is diagnosed and treated in the earliest stages, the survival rate is 99% and it costs about $1,800 to treat it. In the late stages, the survival rate decreases to 15%, while the cost to treat it increases to $170,000.

Currently, skin cancer is diagnosed based on visual examination by a dermatologist or general practitioner. Unfortunately, the accuracy to correctly diagnose the condition is highly variable and dependent upon the level of formal training and experience of the clinician. Study results show that US physicians typically biopsy more than 40 suspicious lesions to find one melanoma, leading to unnecessary suffering and lots of costs.

Results from both a preliminary clinical study on 274 lesions as well as a much larger follow-up study on 1,000 lesions, clearly demonstrate that the Verisante Aura has significant diagnostic accuracy in distinguishing malignant from benign skin lesions and offers the potential for reducing unnecessary biopsies by 50 to 100 percent.

Verisante has received approval to market the Aura in Canada, the 27 EU member states and Australia.

In total, ten beta units will be manufactured. Although Verisante has already engaged StarFish Medical Inc, one of the best OEMs in Canada, to manufacture the commercial units of the Aura, these beta devices are being designed and assembled at the Company’s own engineering facility in Richmond, British Columbia.

These beta units will first undergo safety tests, which is a regulatory requirement, before they can be employed in clinics.

Verisante also announced fourth quarter and full year financial results for the period ending December 31, 2011. Since the Company has no commercial products on the market at this moment, it generated little revenues last year. It lost approximately $3.56 million, mainly due to general and administrative expenses and stock based compensation.

As a result of these placements, the Company has sufficient cash to execute all its plans in the foreseeable future and to bring the Aura to commercialization later this year.

Verisante has a bright future ahead. The first beta units of the Aura are completed and the Company is on track to start full production in the second half of 2012.

We have initiated coverage of Verisante this week with a buy recommendation and a price target of $2.60, which is more than 4 times today’s stock price.