Although that’s a solid result, four other events, achieved during the quarter, attracted most attention. These four “pillars” have actually laid the foundation for the Company’s success in coming years.

The increase in net loss during the quarter can be attributed to three one-time items. First, peripheral equipment on two separate CHP units broke down and had to be replaced. Second, two engines – a CHP unit runs on a regular combustion engine that is modified to run on natural gas – had to be replaced. Finally, a third-party contractor had done some sub-standard work. As a result, some electrical works on site had to be replaced.

During the third quarter of 2015, energy production of all operating systems was slightly under 5.5 million kWh, a 60% increase compared with the same quarter in 2014. In fact, total energy production for the first nine months of this year has exceeded total production during the whole of 2014. This reflects more machines being sold and installed in the past twelve months.

Although gross margins improved to 13.5% in the third quarter of 2015, compared to 8.9% for the same quarter in 2014, margins fell short of management’s expectations. This was mainly due to the three one-time items mentioned above. Without these costs, margins would have been 27% in the third quarter.

EuroSite Power continues to work hard to increase the availability and efficiency of its operational fleet, as it helps to drive up margins. A CHP unit’s availability, or up-time, can never reach 100%. Sometimes the equipment fails, it needs maintenance, or it might even be temporarily shut down because the electricity tariff from the grid is too low at certain times of the day, or year, to make sufficient margins. The equipment availability in the third quarter was 69%, which was lower than the previous quarter due to reliability issues mentioned above. 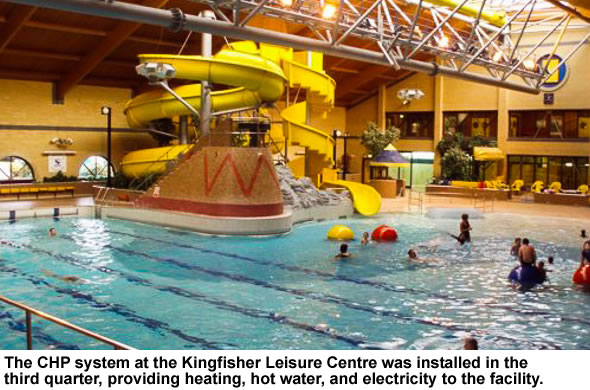 Efficiency, on the other hand, measures how much of a unit’s input fuel is converted to energy which can then be sold to the customer. In the third quarter the average efficiency was 77%, compared with 74% in the same period last year. In the spring and summer the average efficiency is traditionally somewhat lower than in autumn or winter, as there’s less need for thermal energy in warmer months.

Moreover, the Company has recently adopted a new measurement and verification program to analyze potential opportunities. With the help of this program, EuroSite Power’s engineers are able to better determine if a potential project has high enough margins to merit investment. Although the Company won’t proceed with some projects that it otherwise might have won, this will clearly be beneficial to combined margins in the future.

In other news, EuroSite Power was selected as a finalist for the prestigious Association of Decentralized Energy (ADE) Innovation Award. The ADE Annual Conference and Awards are the leading events for the CHP, district heating, energy services and community energy sectors in the UK.

EuroSite Power’s nomination in the Innovation category was based on its installation at Clifton Hospital. The 100kW CHP unit at the hospital was installed in 2014. The system produces up to 1,745,283 kWh of total energy per annum, while saving up to 208 tonnes of CO2 – equivalent to taking 44 cars off the road each year. The contract is worth an estimated $2.72 million over its 15-year life.

The agreement with Clifton Hospital was the first for EuroSite Power with the British NHS (National Health Service), a publicly-funded healthcare system with annual expenditure of approximately £127 billion. With up to 200 hospitals in the UK appropriate for this type of scheme, EuroSite Power is able to provide unprecedented cost efficiencies and green benefits for UK healthcare.

Clifton Hospital has reported a 55% reduction in imported electricity over the first 12 months of operation. Paul Jackson, Estates Manager-Engineering with the NHS, said: “Like any business we need to keep our operating costs under control and as energy prices continue to rise we needed to find a solution to keep these rises under control too. EuroSite Power’s combination of zero upfront capital cost with pay-as-you-go energy has proven the ideal solution.”

The final awards will be presented in London, on November 25th, 2015.

EuroSite Power’s four pillars of growth will significantly increase the Company’s ability to grow. With project debt finance solutions now in place, it has the ability to take on many and larger projects.

In addition, thanks to its new partner, the Company can now also offer its excellent and money saving services to interested parties all over Europe.

We also expect EuroSite Power’s margins to improve in the coming quarters, especially in light of the new gas supply arrangement, which it will gradually implement with all its customers, and the in-house maintenance team, which will save on third party expenditures.

Moreover, the new measurement and verification program will be useful in ensuring only select higher margin projects are pursued. Buy recommendation.