EnWave will receive a 5% royalty on the wholesale price of all wasabi products sold by Merom. Knowing that wasabi is a high-value product that can cost more than $25 per ounce, it’s clear this could become another lucrative royalty stream for EnWave.

Wasabi is a plant that originated in Japan, and traditionally has been used as a natural herb. Today, the wasabi stem is a primary condiment for Japanese dishes, especially for soba noodle, sashimi and of course for sushi. Freshly grated wasabi has a bright green color, and is characterized by its sticky texture with fresh scent and hot flavor.

Merom Farms is a large commercial greenhouse operation that consists of 36 acres of covered greenhouse area. The family-owned operation has specialized in the production of peppers, which are marketed under the Green House Delight Foods Inc. brand. Annually, it produces roughly 11 million pounds of yellow, red, orange and green bell peppers for grocery stores in Canada and the United States. The expansion into wasabi production and processing will complement Merom’s core competency. 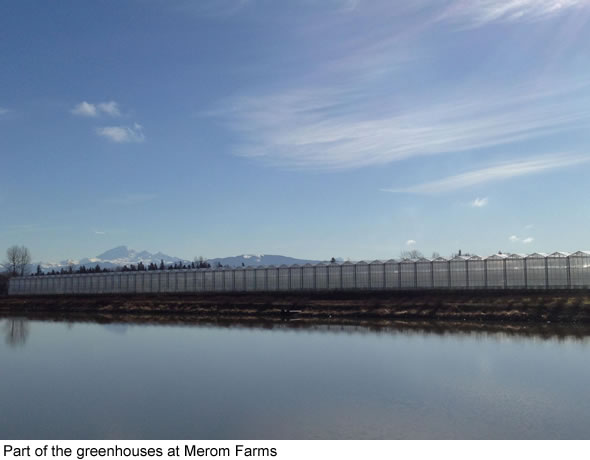 Merom Farms originally signed a royalty-bearing commercial license with EnWave in 2014. However, the company preferred anonymity at the time since it was not ready to produce on a commercial scale. In doing so, it wanted to secure the competitive advantage derived from adopting the technology.

Merom also purchased a 20kW nutraREV machine from EnWave in 2014 which was installed in the later quarter of the year. It has been producing commercial product to be sold since then. In the meantime, they have stockpiled enough dried wasabi to fulfill meaningful orders in the coming quarters.

As of May 2016, the wasabi product successfully received a Natural Health Product (NHP) license. This is an important certification in the natural health space and consequently allows a processor to ask a premium for its product.

The term Natural Health Product (NHP) is used in Canada to describe substances that in most cases are made from plants, but can also be made from animals, microorganisms and marine sources. They come in a wide variety of forms like tablets, capsules, tinctures, solutions, creams, ointments and drops.

Products with a NHP license have been assessed by Health Canada and found to be safe, effective and of high quality under their recommended conditions of use. They are obtainable without a prescription and are required to be safe to be used as an over-the-counter product.

Merom has a two year lead time over its competitors with the production of high-quality wasabi, and already has decades of experience with the distribution of vegetables in Canada and the United States. The company is confident that it can capture a meaningful part of the market.

With wasabi, EnWave has opened up a new segment in the dried vegetables market. Because wasabi is a very costly product, the 5% royalty could generate an attractive revenue stream for EnWave. Buy recommendation.