News » EnWave Corp All Set For Excellent Second Half of 2017

EnWave Corp All Set For Excellent Second Half of 2017

The decline in revenue was entirely due to a blip in NutraDried sales as a result of the slow transition of the customer accounts from Spire Brands to NutraDried. Remember that in December of last year, Spire Brands, which was the master distributor of Moon Cheese, was replaced by Slant Design. Apparently Spire has been somewhat reluctant to turn over all the necessary information, which delayed some of the consistency in orders.

Fortunately, that situation has now been corrected. In addition, significant additional Moon Cheese distribution has been confirmed (see below). Consequently, higher revenues are again expected at NutraDried for the current and following quarters.

For the second quarter of 2017, ended March 31, 2017, EnWave reported a net loss of approximately $779,000, while a small profit of $9,000 was recorded in the same quarter last year. Two non-cash items however were included in the consolidated net loss of the past quarter, a stock based compensation expense of $339,000 and amortization expense related to intangible assets of $220,000.

Once installed, these machines will all start to generate recurring royalties for EnWave.

In addition, during the second quarter, the Company made significant progress in the construction of the first commercial powderREV machine for Sutro Biopharma, a U.S. based pharmaceutical partner. The goal is to have the machine, which will be used for the bulk dehydration of temperature sensitive biomaterials, installed before fiscal year end (September 30, 2017). Also development of the first scaled-up GMP freezeREV unit for Merck continues to progress as planned.

In August 2015, NutraDried, which is 51% owned by EnWave, appointed Spire Brands as the exclusive distributor of Moon Cheese in the United States. Because Spire however didn’t meet its minimum volume purchase obligations, EnWave terminated the agreement late 2016.

NutraDried subsequently retained Slant Design and Marketing, as a non-exclusive distributor. The two companies knew each other well as Slant had been responsible for the very successful introduction of Moon Cheese at Starbucks.

Although Slant has only taken over the account a few months ago it’s been very successful in expanding the distribution of the dried cheese snack. For example, the snacks will soon be available at 2,000 Rite Aid pharmacy stores, 1,600 CVS stores, and 440 Targets in the United States.

At Starbucks, sales of Moon Cheese seem to have stabilized at a high level. The Company expects them to remain consistent in coming quarters. Also, the new mozzarella flavored Moon Cheese snacks continue to sell well. 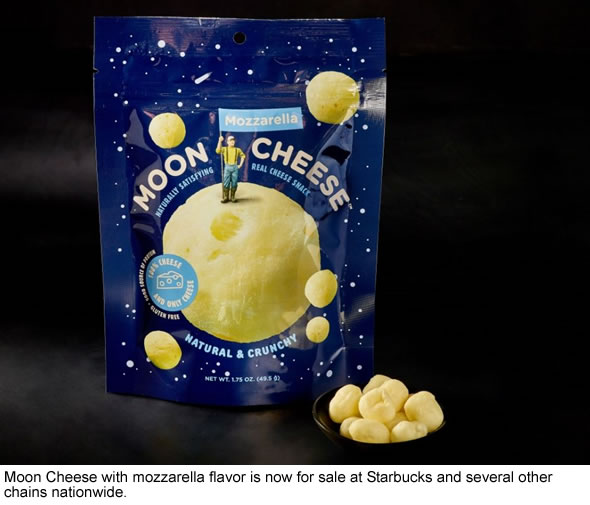 EnWave continues to make outstanding progress with its royalty partners by receiving purchase orders for additional REV machinery. No less than 14 REV machines are currently under construction for companies such as Ereğli Agrosan, Van Dyk Specialty Products, Merck and Sutro Biopharma.

We’re confident that Moon Cheese sales in the following quarters will pick up based on the final transition of all the customer accounts from Spire to NutraDried. It’s clear that Slant is doing an excellent job, as it has expanded distribution of Moon Cheese to three major chains in just a few months. We’re hopeful that more distribution agreements are in the pipeline. Moreover, NutraDried is working to launch other snacks.

All of this should help the Company reach being cash flow positive in the second half of fiscal year 2017. Recommendation BUY.